Drilling activity recovered slightly in August with a total of 341 projects drilled — just 3% more than the 19-month record low of 330 in July. The number of distinct drillholes receded further, however, by 29% to a 20-month low of 4,059. Early-stage and minesite projects drilled declined 8% to 54 and 1% to 136, respectively, month over month. Late-stage projects increased 13% to 151.

The number of projects drilled was virtually flat with a 3% increase to 341 from 330 in July. Gold projects increased a marginal 2% to 194 from a record low of 191 in July. Minor base metals continued to trend downward for a second consecutive month, declining 29% to five. Among major base metals projects, lead-zinc almost doubled to 22 from 14, copper increased 5% to 46 and nickel fell 6% to 17 projects. Platinum group metals have remained constant for three months at seven projects, and specialty commodities were virtually unchanged month over month with 33 projects reporting. 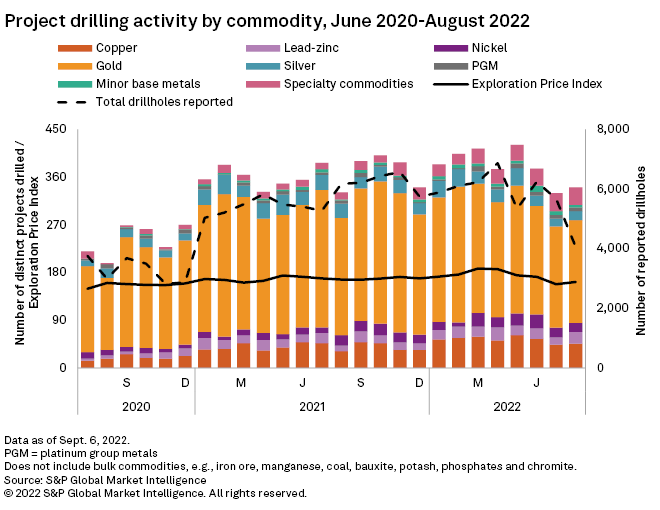 Australia remained on top with the most projects drilled in August, despite a 9% decline month over month to 122 projects. Canada closed in with a 30% increase to 82 projects — a recovery from a 20-month record low in July. The U.S. surged 43% to 33 projects. 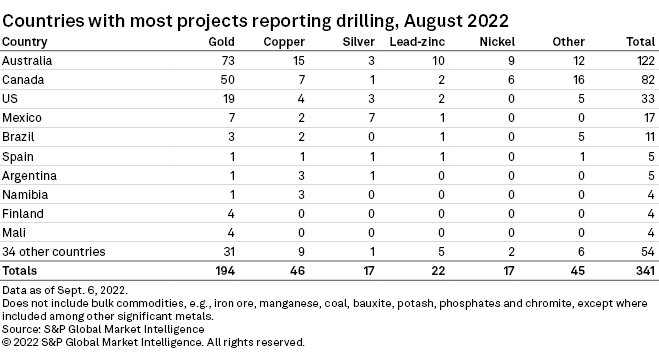 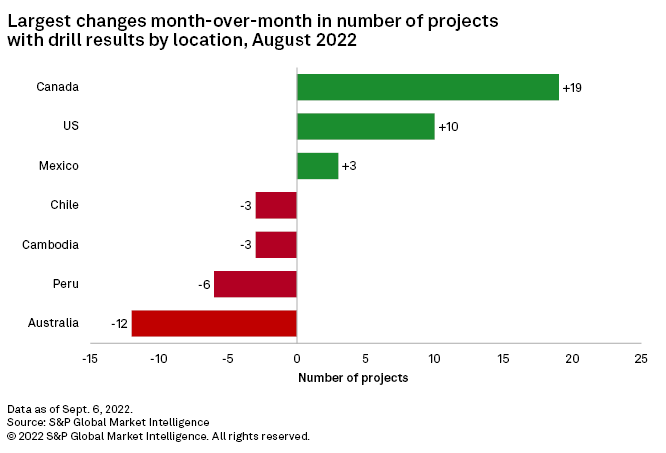 The top drill result for August came from TDG Gold Corp.'s Baker gold project in British Columbia, with a 119-meter intersection grading 94.5 grams of gold per tonne. TDG Gold also conducted reassays from a 2021 diamond drill program, which resulted in an 8.9% increase in the project's gold grades.

The second-best result came from Frontier Lithium Inc.'s Pakeagama Lake lithium project in Ontario, with an interception of 1.63% lithium over 357.5 meters. In May, Frontier started a 15,000-meter drill program at Pakeagama Lake that will be part of a pre-feasibility study targeted for completion by 2022-end. 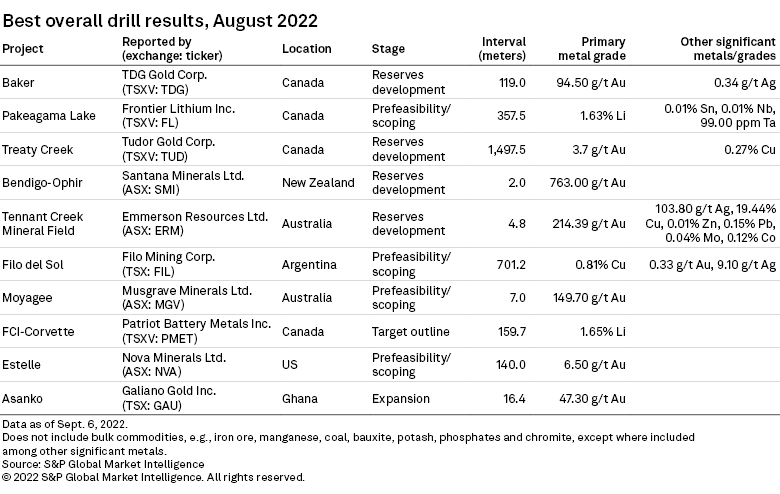 Agnico Eagle Mines Ltd. reported the most drillholes in August, with a total of 226 scattered across its Canadian gold mines: Macassa, Hope Bay, Canadian Malartic and Detour Lake. The company's drilling activities for the month are for extension purposes, supporting a long-term goal of increasing production in key gold mines.

Astral Resources NL reported the second-highest number of drillholes for the month with 117 at its Mandilla late-stage gold project in Western Australia. The ongoing drilling program aims to increase the project's mineral resource estimate, with an update expected by December. 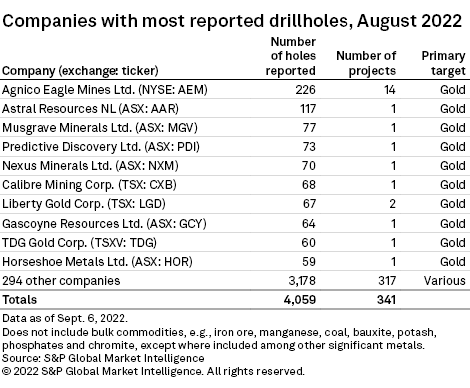