Despite Rising Penetrations, Millions Without Wireline HSD In COVID-19 Hotspots


Despite Rising Penetrations, Millions Without Wireline HSD In COVID-19 Hotspots

Rural DMA®s trail their urban counterpart by a significant margin in wireline broadband take rates. But even at 80%-plus penetration, many large cities with higher population densities are COVID-19 hotspots, meaning that swaths of households remain without a wireline broadband connection.

Kagan's MediaCensus residential broadband data as of the fourth quarter of 2019 shows that the 10 DMA®s with the highest number of households without a wireline high-speed data connection are in nine states with an estimated 246,444 confirmed COVID-19 cases, or roughly 58% of total cases reported in the U.S. as of April 9. 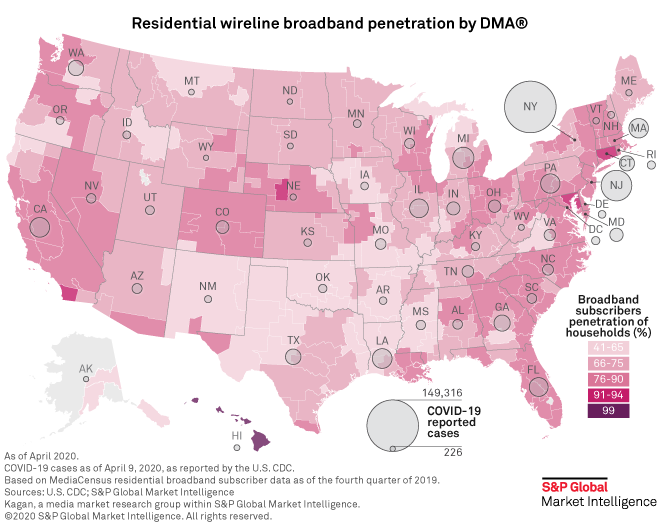 Overall, broadband penetration rates range from 41% in the Columbus-Tupelo-West Point-Houston, Miss., DMA® to 91% in San Diego, Calif. We estimate that 89% of households in the New York DMA® subscribe to wireline broadband, but this still leaves an estimated 889,000 homes without a wireline HSD connection. New York had the largest number of confirmed COVID-19 cases in the U.S as of April 9.

Of note, the absence of wireline HSD does not necessarily reflect non-broadband access as some households rely on fixed and mobile wireless and satellite delivery. But these alternatives, outside of limited 5G offerings, pale in comparison to wireline services in the speed and capacity arena: vital attributes for the millions of Americans confined at home. 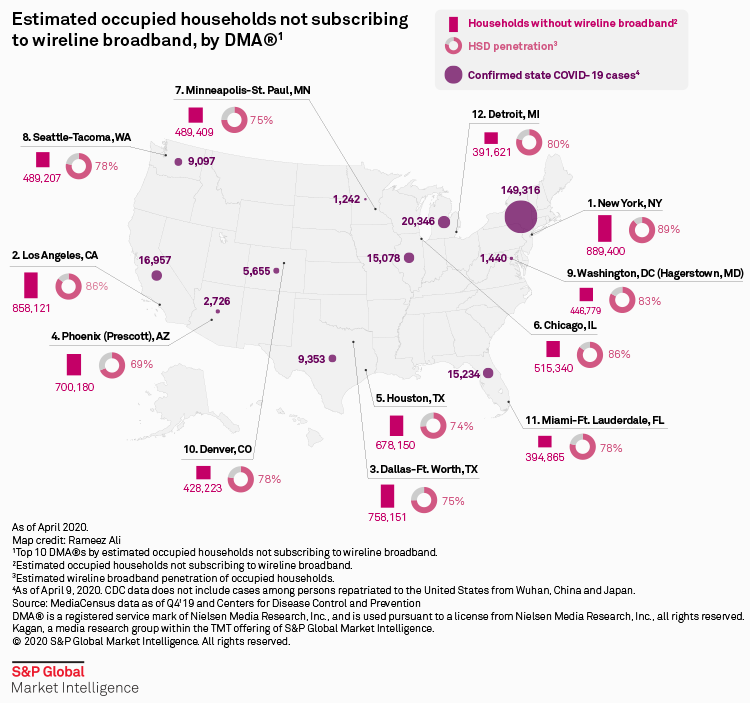 Low wireline-broadband-penetrated DMA®s typically are located in relatively remote rural areas with low population densities: attributes that somewhat cushion them against the spread of COVID-19.