Mainland China's central bank is expected to make another cut to the RRR. This becomes especially likely as various engines of economic growth have slowed down recently and numerous market participants have revised down their GDP forecast. Unlike the RRR cut in July, the next cut is likely to target specific sectors, more precisely MSMEs. Mainland China has kept pushing banks to lend to MSMEs, and now the need for rebalancing has become more acute following issues at highly leveraged real estate companies despite drafting the three red lines a year earlier. Policymakers are likely to focus on the rising borrowings in MSMEs after the pandemic has passed but are unlikely to place too much emphasis on this for the time being. 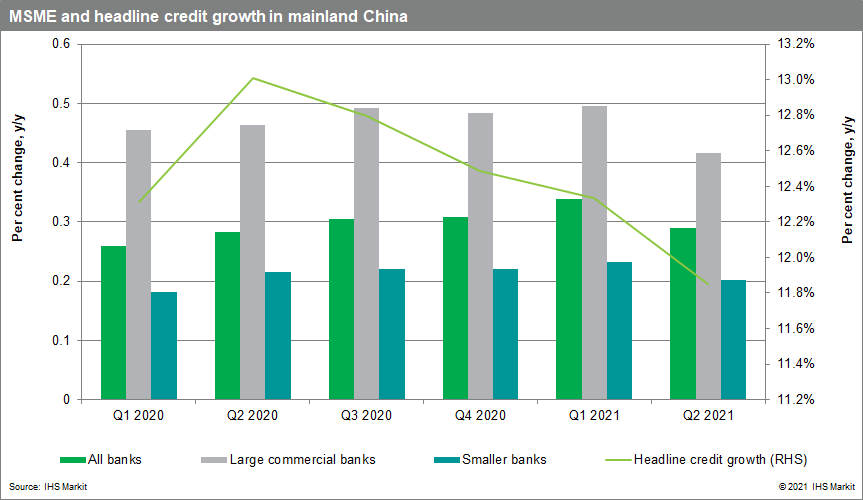 India's "bad bank" (National Asset Reconstruction Company Limited) is closer to starting operations. The removal of INR900-billion (USD12.2-billion) worth of bad loans from Indian banks will likely allow banks to restart lending to the economy, lowering banks' NPL ratio while boosting credit disbursements, with the impact likely to be felt by the first quarter of 2023. 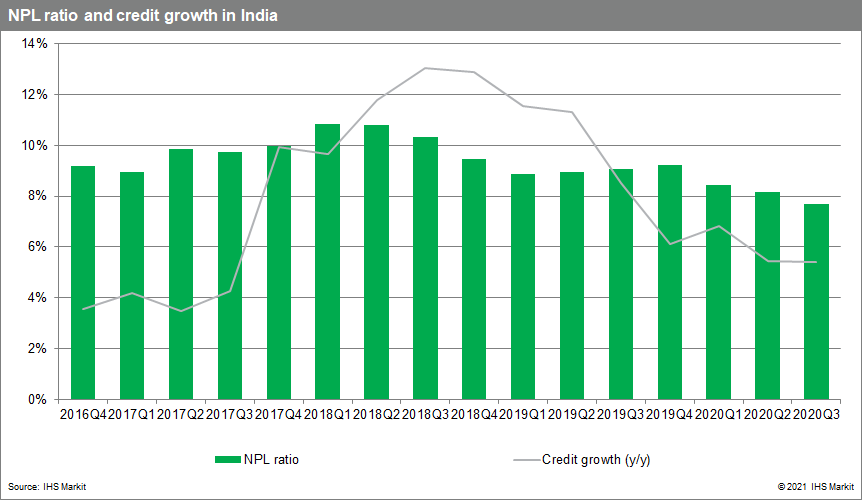 Although the Central Bank of the Republic of Turkey (CBRT) had given signs of an imminent easing of monetary policy, its decision to cut rates by 100 basis points to 18% at its September meeting caught markets by surprise and threatens to trigger sharp lira losses over the remainder of 2021. The more-aggressive-than-expected loosening of monetary policy raises inflation and lira depreciation expectations and raises external financing risks. At a minimum, the IHS Markit macroeconomics team sees the Turkish lira/US dollar exchange rate quickly establishing a new low, likely moving to or past TRY9.0/USD1.0 by the end of September, with the downward fall likely to be offset by heavy spending down of the CBRT foreign currency reserves. For banks, the expected drop in portfolio inflows is likely to yield lower roll-over ratios on remaining syndicated loan deals for this year while real lending rates are likely to slip back into negative territory, putting downward pressure on already low profitability and yielding a re-acceleration of credit growth rates. State-owned banks, which have already seen capital buffers eroded by high credit growth rates and have pulled back on the pace of new lending so far this year, as a result, are now more likely to receive additional capital injections from the government to bolster their capacity for new lending. 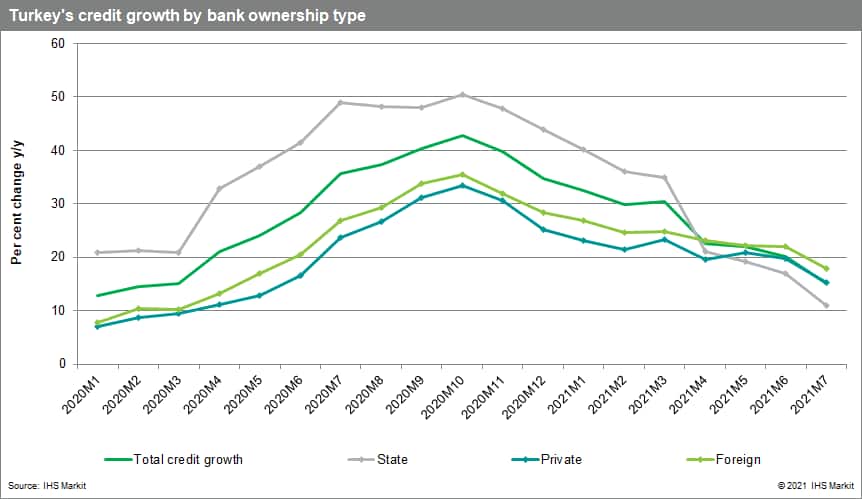 Panama starting to fully manage the effects of modified loans after the end of forbearance.

Panama's last wave of renegotiation expired at the end of September 2021. The original set of measures was established at the beginning of 2020 and allowed banking customers to both refinance and delay their loans at no cost to banks. These measures were originally planned to end in the second half of 2020, but have instead been extended repeatedly given that regulators assess that vulnerabilities still exist in the sector. Although the expiration of the program is unlikely to bring an immediate rise in impairment (mainly because the last wave of forbearance allowed banks to delay loans until the end of 2021), IHS Markit experts will be observing the decisions that banks make to control the realization of bad asset quality in their balance sheets.

The global recovery and the easing of COVID-19 virus-related government restrictions in most Sub-Saharan African economies supported GDP growth during the first half of 2021. However, GDP is likely to slow in the latter half on deteriorating business conditions across the private sector. In August, the IHS Markit purchasing managers survey results for South Africa, Zambia, Mozambique, and Ghana were still below the critical 50 index level, indicating decreased economic activity. In Kenya and Uganda, the PMI & trade; is just above 50, pointing to weak economic growth, while Nigeria PMI is at 52.2, indicating more vigorous economic activity. In addition, IHS Markit regression results show a negative relationship between GDP growth and the NPL ratio. Thus, a deterioration in the NPL ratio is likely in South Africa, Zambia, Mozambique, and Ghana, with only a marginal improvement in Kenya, Uganda, and Nigeria. 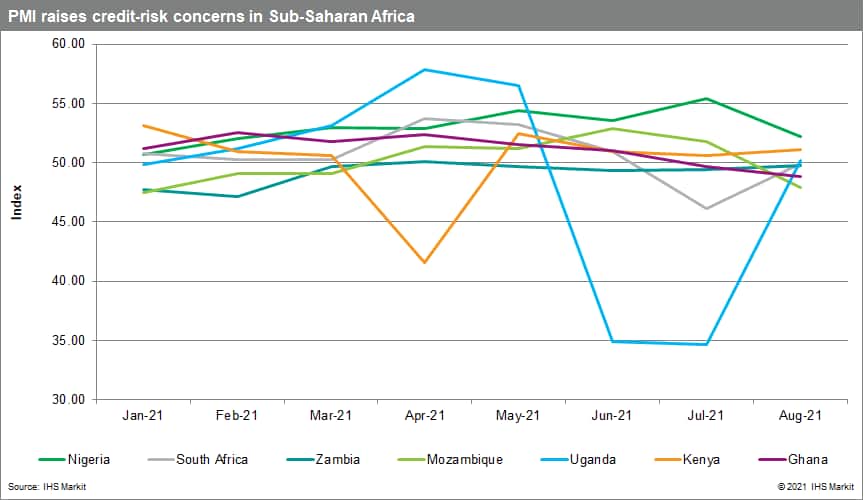