Both the Pakistan rupee and Sri Lanka rupee have depreciated substantially against the US dollar since the start of the COVID-19 pandemic, and this worsened when difficulties with government debt in these economies emerged. Recently, faced with difficulty maintaining the exchange rate because of anticipated US monetary policy tightening, these economies also raised interest rates. Although both have policies to push lending to the economy, the rising funding cost, as well as higher interest rates for borrowers, will likely affect credit growth and also lower banks' profits. 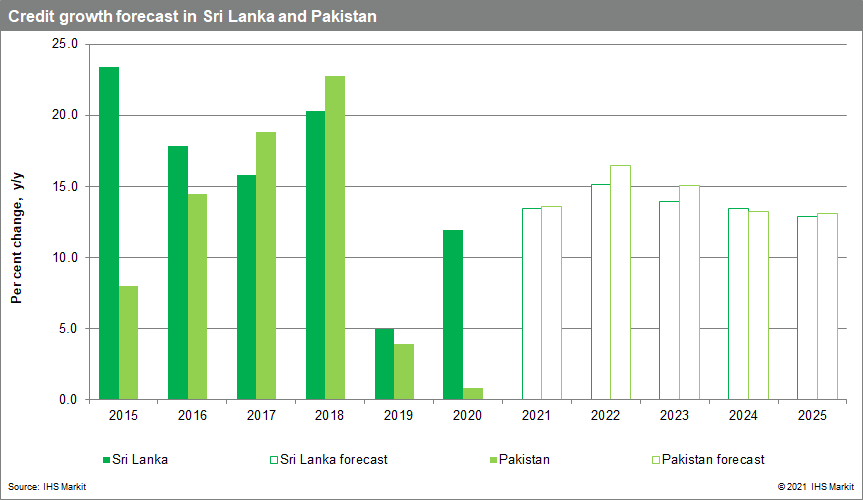 All eyes will remain on Turkey in December after the lira's slide against the US dollar intensified in November. Even assuming the lira stabilizes, downside risks are now higher and markets are expected to react sharply to anti-interest-rate statements. The risks of another rate cut at the Central Bank of the Republic of Turkey's 16 December meeting are rising rapidly, a move that would escalate the current lira sell-off and put even more pressure on bank capital buffers, profitability, and debt-servicing capacity amongst bank borrowers. The most likely path towards a lira recovery before the end of the year would be for an about-face from the central bank and an emergency rate rise, but even that is unlikely to move the lira back to levels recorded just three months ago. Dollarization in Turkey's banking sector is expected to intensify as depositors seek protection from rising inflation and the weaker lira. Requests from large corporations that have borrowed in foreign currency to seek another round of restructuring on outstanding debt or a jump in the interbank offered rate would be clear signs that currency instability is having a more immediate impact on the banking sector. 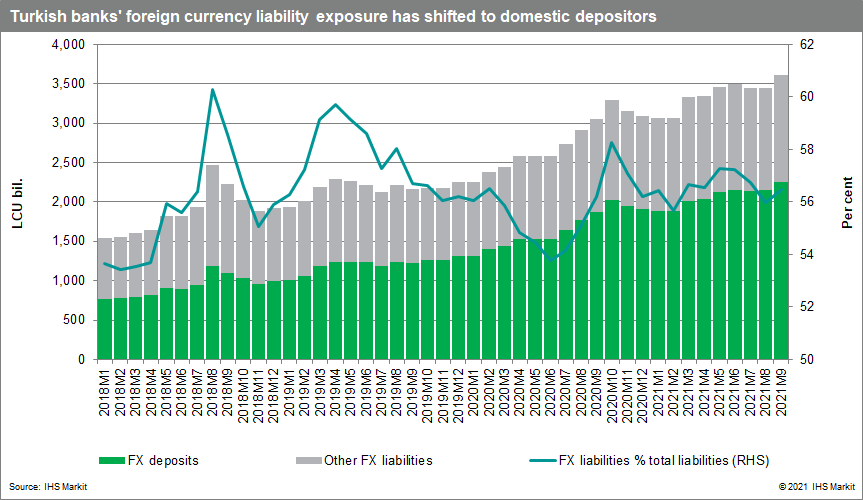 Argentina's tight sovereign debt position and foreign exchange depreciation have led the government to impose tight capital controls since 2019. So far, these have not affected banks directly, but slowly the central bank has issued directives asking the sector to reduce demand for dollars; the latest one is a temporary freeze on the net open foreign exchange position in the sector. Our experts expect that as the reserve situation continues to deteriorate in the country, more capital controls directly affecting banks will be imposed on the banking sector. 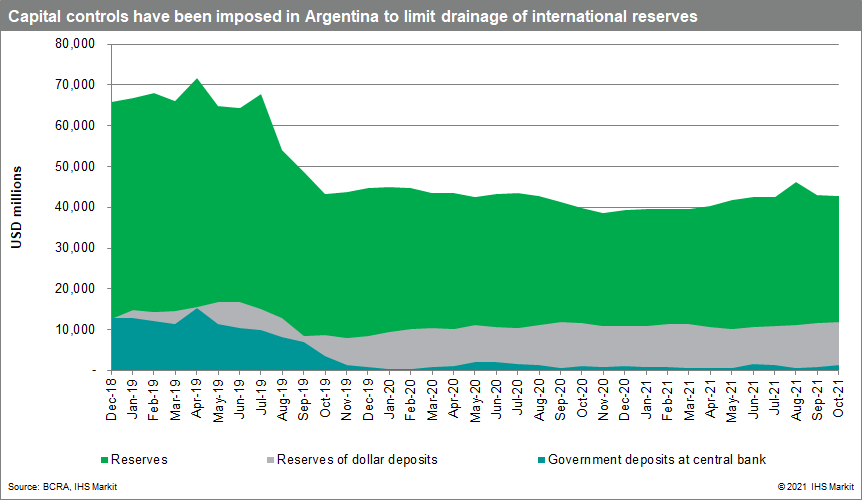 Ghana and Kenya recorded increased taxes in their 2022 budget proposals to lower fiscal deficits, a trend that is likely to be followed by many of the IHS Markit-rated economies in Sub-Saharan Africa. In Ghana, the financial services, telecoms, manufacturing, and energy sectors are to be targeted for increased taxation, while in Kenya the higher spending proposals are bound to encourage strict tax enforcement, government retrenchment, and contract renegotiations. Governments' efforts towards budgetary consolidation will contribute to medium-term economic stability. Still, most Sub-Saharan Africa markets face fragile economic recoveries amongst the ongoing COVID-19 pandemic and slow vaccine rollout. Therefore, increased taxes and a drop-off in macroeconomic stimulation from governments will negatively impact consumers' disposable income and raise the risk of domestic protests. Constrained household budgets combined with the increased cost of funding as interest rates rise will prevent loan growth in 2022 from reaching pre-pandemic levels. 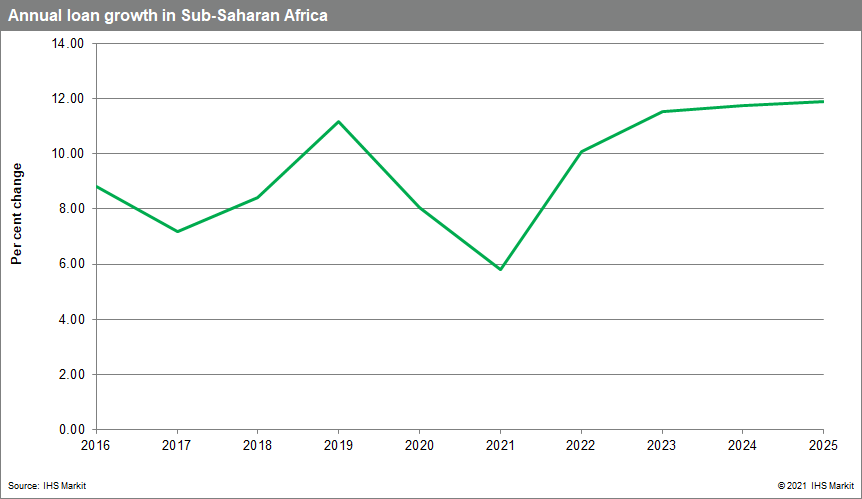 Labor markets are still tight even after some moderation from record-high levels of job vacancies and quits. Tigh… https://t.co/Um8ONfLj7k