Despite the record levels of deposits seen during the pandemic, both virtual and traditional banks have struggled under the conditions created by the coronavirus crisis. New virtual banks have faced vulnerabilities due to ultra-low interest rates, while traditional banks have carried billions in loan loss provisions and watched asset quality worsen. As digital banking has solidified itself as a mainstay for populations urgently needing access to credit, alongside incumbent banks’ having expanded their digital services and offerings, S&P Global Ratings believes the health crisis has re-energized global banking’s digitization competition as the crisis continues.

Across Asian economies, virtual banks and fintech are becoming the norm. But in some industries, the incumbents have the advantage. In India, top-tier private-sector banks and the State Bank of India are at the forefront in adopting technology and are creating the foundation for fintech to enter the country’s underpenetrated system. However, market observers anticipate that they’ll need to do more to prepare their information technology systems for the surge of consumers who switch to digital channels. Meanwhile, in Malaysia, S&P Global Ratings expects digital-only banks to remain niche players for the next 3-5 years due to initial operational constraints, while the country’s industry leaders have the established digital infrastructure, diversified earnings profiles, and large customer bases to seize such diversification opportunities sooner.

In the U.S., increasing investments in digital capabilities will be key for retail banks’ long-term competitive success.

“The COVID-19 pandemic has catapulted banks' retail digital offerings into a different league as social distancing restrictions increase customers' preference for digital products,” S&P Global Ratings said in a report on technological disruption in U.S. retail banking. “The pandemic has enabled banks to showcase their suite of online products, validating the investment bigger banks have made in technology over the past few years, and has accelerated the closure of physical branches. Many smaller, regional banks are also responding to the clear need for scale via mergers, in part because of demand for more investments in technology.”

This is also evident in the U.K., where banks are accelerating plans to close local branches in favor of expanding digital offerings. British banks’ more than 410 planned branch closures for this year already surpass the 368 seen in all of last year, according to a report from consumer group Which. The U.K. now has fewer branches than most major European countries—with about 113 per million people, compared to almost 514 per million in Spain and 550 in France, according to S&P Global Market Intelligence data.

“Growing numbers of customers are opting to use new technologies to pay and manage their money at a time and place that's convenient to them, particularly during the pandemic,” a spokesperson for UK Finance, an organization that represents banks in the country, told S&P Global Market Intelligence. “But technology is not for everyone and banks are committed to ensuring customers can continue to access the important services they need, including access to cash. Branches play a key role in the life of local communities, meaning decisions to close them are never taken lightly.”

Increasing investments in sustainable finance, a surge of mergers and acquisitions, and decentralized currency entrants are further shaping this new landscape.

Today is Monday, May 3, 2021, and here is today’s essential intelligence.

Taking Stock of the Fed's Policy Stance During the Current Recovery 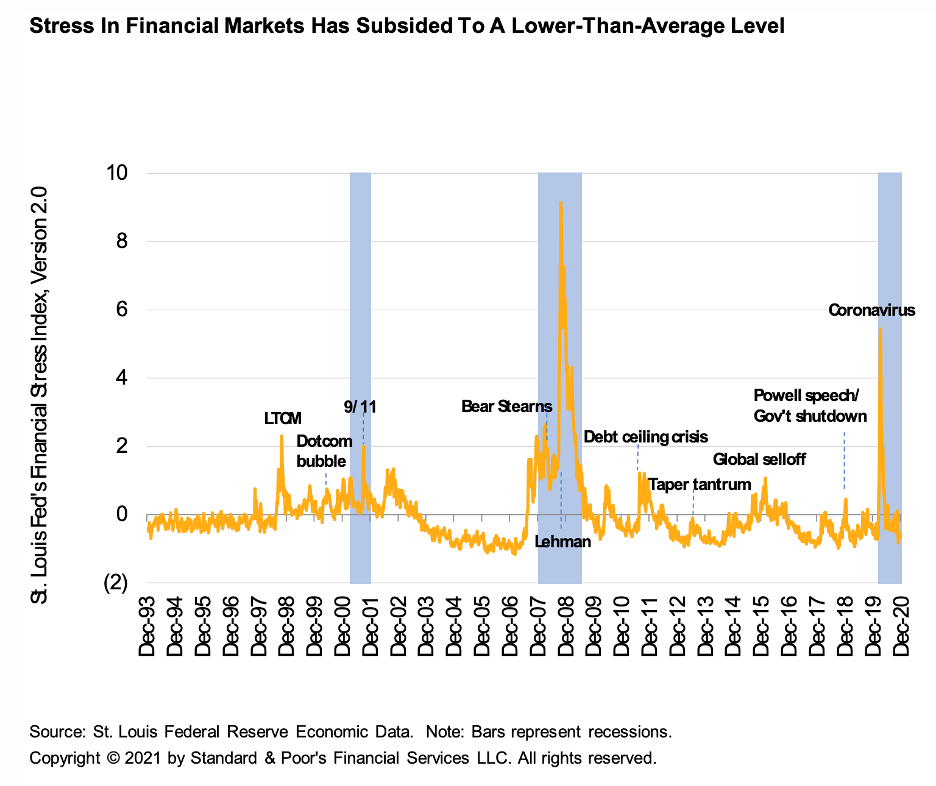 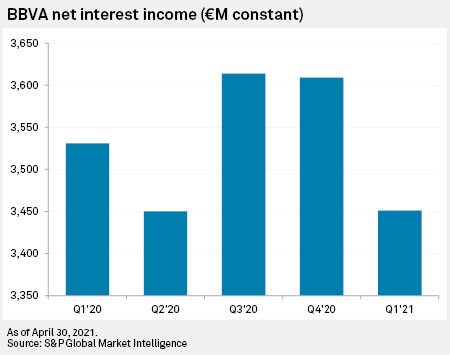 Spain's Banco Bilbao Vizcaya Argentaria SA does not feel obliged to pursue merger and acquisition opportunities despite ongoing consolidation in the Spanish market and the bank sitting on excess capital following the sale of its U.S. operations, according to CEO Onur Genç. 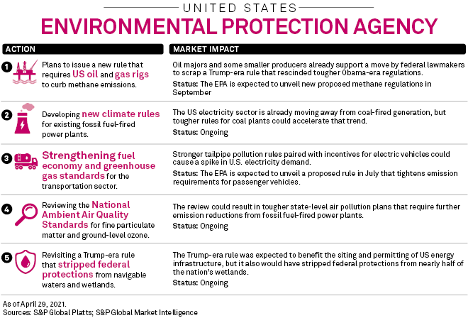 One hundred days into office, U.S. President Joe Biden has made rapid progress in dismantling his predecessor's energy and climate agenda and implementing his own, according to policy experts.
—Read the full article from S&P Global Market Intelligence

Raymond Carlsen was on a plane from Oslo, Norway, to London in late 2018 when he got a call from an executive at Equinor ASA, informing him that the Norwegian oil company had become a major shareholder in Scatec ASA, the small solar developer that Carlsen had been leading for nearly a decade. The news, made slightly awkward by the fact that he was on his way to meet with a competitor part-owned by BP PLC, another oil major, caught Carlsen unawares. 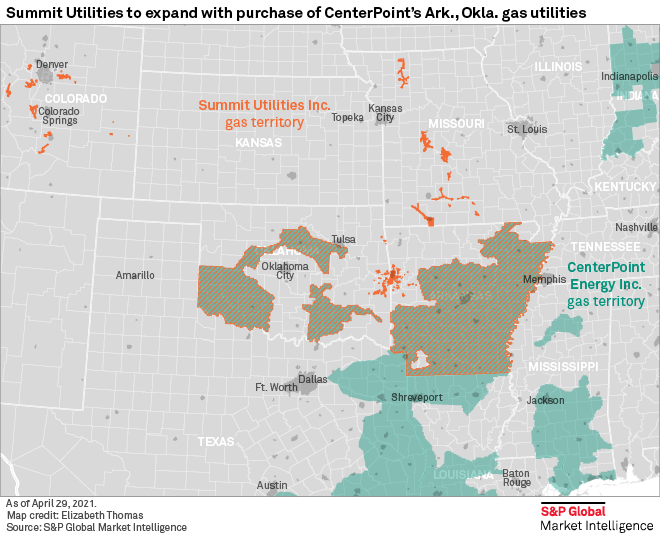 CenterPoint Energy Inc.'s $2.15 billion deal to sell its Arkansas and Oklahoma gas utility territories to Summit Utilities Inc. is a victory for both the Houston-based multi-utility and the local distribution company sector as a whole, analysts said.

The Northwest European Urals crude market has pulled above the Mediterranean for the first time since July, Platts data shows, as a tighter export program out of the Baltic Sea and improved refining margins boosted buying interest.

State-owned oil and gas company PetroChina has sold pipeline natural gas on two Chinese commodity exchanges with new specifications that include permissions for reselling gas volumes, the use of warehouse receipts and volume lock-ins for winter supply—features that are key to the development of a financial market based on physical trades.

U.S. steel market sentiment regarding finished steel pricing is the strongest recorded since January as participants continued to expect firmer finished steel prices as May approaches, according to the monthly survey of the market by S&P Global Platts.

The European Parliament has again called for the Nord Stream 2 gas pipeline project to be halted, at least the third such move since August following the poisoning of Russian opposition politician Alexei Navalny.

The astronomical surge in India's COVID-19 cases to record highs has baffled policymakers and overwhelmed the country's medical infrastructure. The current spread of infection has raised concerns that a crisis of unprecedented magnitude would take a toll on oil demand.