Business in Britain has already begun feeling post-Brexit burdens  approximately one week after the U.K. left the European Union.

The country’s deal with its largest trading partner was finalized on Dec. 24 and circulated on Dec. 26, just five days before the Brexit transition period ended. While the nearly 1,300-page agreement and accompanying documentation provides for tariff- and quota-free trade between the U.K. and EU, the deal lacks detailed guidance for important sectors and doesn’t remove licensing barriers that materalized as a result of Brexit.

The "agreement itself was welcomed, rather than celebrated," by markets, Craig Erlam, senior market analyst at OANDA, told S&P Global Market Intelligence.

The first week in the post-Brexit world proved bumpy for financial services  in the City of London, which is wading through murky waters with little guidance on how to effortlessly interact with EU markets. Already, the U.K. is appearing less attractive to international investors, evidenced by its slipping to second place of Germany’s Foundation for Family Business and the ZEW Research Institute’s rankings of the world’s top global business locations. Starting Jan. 1, €6.5 billion in daily EU share trading moved out of the City of London to European finance hubs. In the weeks ahead, however, the U.K. is expected to welcome Swiss trades—revoked by the EU in 2019—to its stock exchanges.

"The U.K. has prioritized regulatory autonomy over alignment in its negotiations with the EU over financial services arrangements, and instead of blanket market access mechanisms [the U.K.] is seeking regulatory and supervisory cooperation arrangements," said Mark Simpson, partner in the financial services and regulatory group at the law firm Baker McKenzie, according to S&P Global Market Intelligence. "This means that the U.K. has not negotiated bespoke EU market access arrangements, but will instead rely on assessments of equivalence … based on the principle of equivalent outcomes underpinned by compliance with internationally agreed standards and not necessarily technically equivalent rules.”

While the U.K. in November granted equivalence to the EU in 22 areas, the EU will likely complete its assessments in 2021, according to Mr. Simpson. The bloc has “expressed concern about the U.K.'s plans for its future regulatory framework and the degree of divergence from the EU regime this might entail," he said.

Last week, Bank of England Governor Andrew Bailey expressed criticism over what he described as the EU’s “problematic” handling of decision-making regarding British financial services’ access to the bloc to  the U.K.'s Treasury Select Committee. “I fail to see why people would want to close themselves off from open markets,” the central bank’s leader said.

The U.K.-EU agreement removed British companies that provide services of their passporting rights—signaling that those firms will need to establish operations inside of the EU in order to conduct business. Services accounted for 80% of England’s GDP and 42% of its exports to the EU, worth £294 billion, in 2019.

In addition, the trade deal has brought forth complications for the physical trade of food due to the potential for “increased frictional costs for customs measures given the fragmented nature of the food production in industry,” Panjiva, part of S&P Global Market Intelligence, said in a recent report, highlighting that “the perishable nature of products means getting paperwork right the first time will be vital.”

Three Scottish seafood industry groups—Scotland Food and Drink, Seafood Scotland, and the Scottish Salmon Producers Organization—has turned to the U.K. government for assistance in resolving disruption to their EU shipments. The groups said in a Jan. 6 statement that “confusion over paperwork, the extra documentation needed, and IT problems have all contributed to delays and hold-ups.”

To be sure, not all businesses are concerned about the path ahead. David Potts, chief executive officer of Morrison’s, the fourth-largest supermarket in England, said on Jan. 5 that "there is no issue with the flow of merchandise between mainland Europe" and that "any delay on the back of paperwork and process post-Dec. 31 is yet to be felt or yet to be visible.”

Today is Monday, January 11, 2021, and here is today’s essential intelligence.

Economic Research: Georgia Gains Give Biden a Legislative Leg Up; The Pandemic and Economy are First Priorities 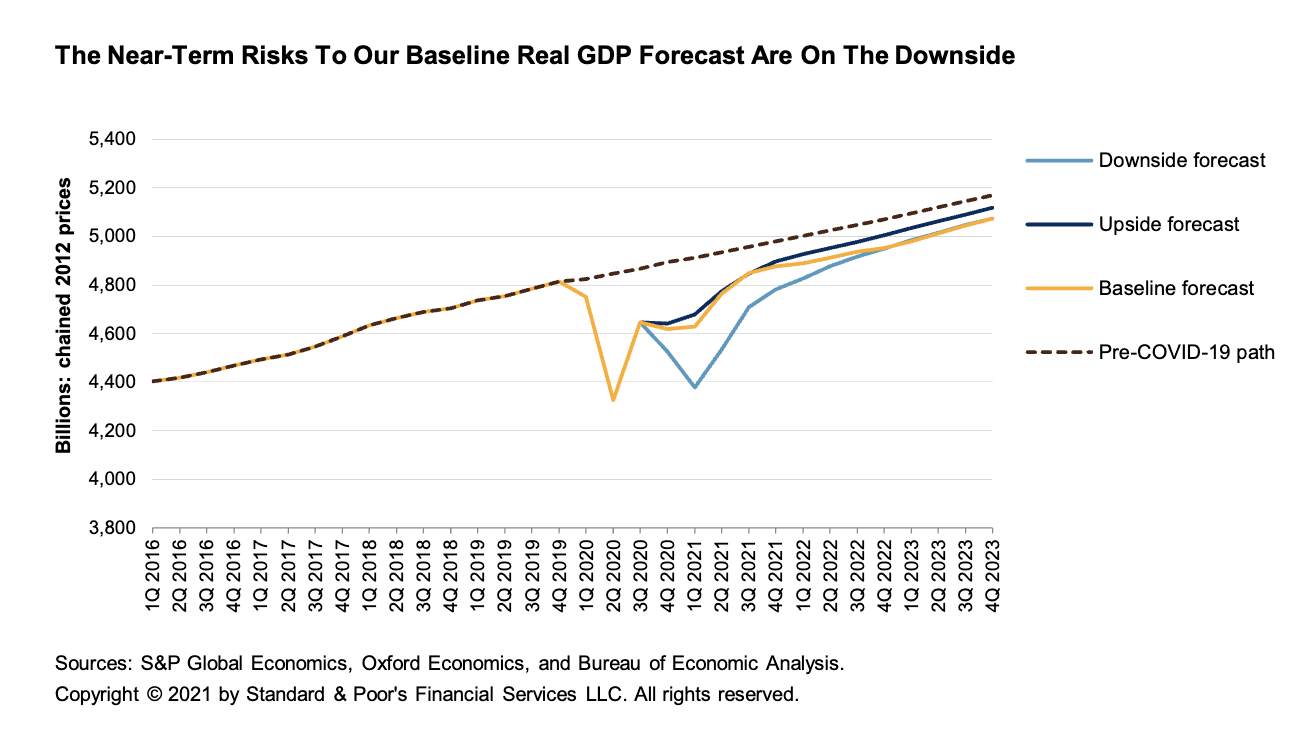 After the tragic events at the Capitol building in Washington, D.C. on Jan 6., as lawmakers and leaders try to make sense of what occurred and what must happen next, the prospects for the policy agenda of the next presidential administration will--rightfully--take a back seat for some time.

Nonfarm payroll employment in the U.S. fell last month for the first time since April 2020, widely missing forecasts as the coronavirus pandemic raged on, data from the Bureau of Labor Statistics showed.

Landsec CEO: Shopping Center Rents Will Never Get Back to Pre-COVID-19 Levels

The COVID-19 pandemic has dealt an irrevocable blow to U.K. shopping center rents, according to the CEO of one of the country's largest listed landlords.

Genworth in a 'Fluid and Troubling' Situation as Debt Maturities Near 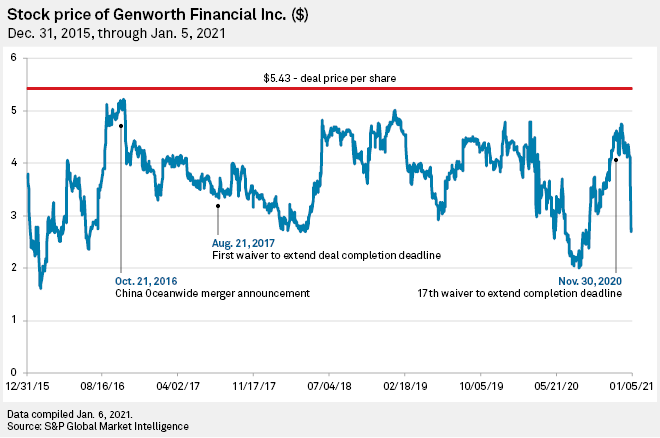 With a yearslong planned deal looking increasingly unlikely to go through, Genworth Financial Inc. has been left with limited options as it hopes to meet sizeable near-term debt obligations. 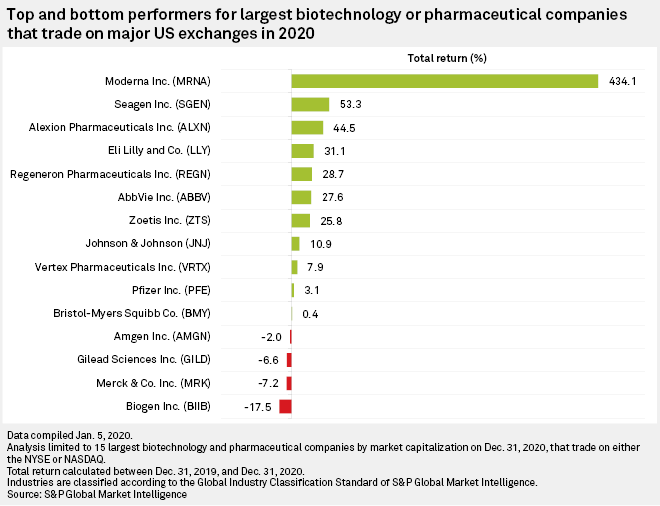 Moderna Inc. was a niche biotech, little known beyond pharmaceutical industry insiders and companies similarly striving to decode messenger RNA for a medical breakthrough at the end of 2019. Enter 2020, when the coronavirus began dominating every facet of life and the economy — thrusting the upstart biotech into a position as the top performing stock among the largest pharmaceutical companies.

European equities extended their monthly rally into the final month of 2020, marking the end of a volatile year, and while an eleventh-hour post-Brexit trade deal was welcomed, markets entered the new year with concerns over a new coronavirus variant first detected in Britain. 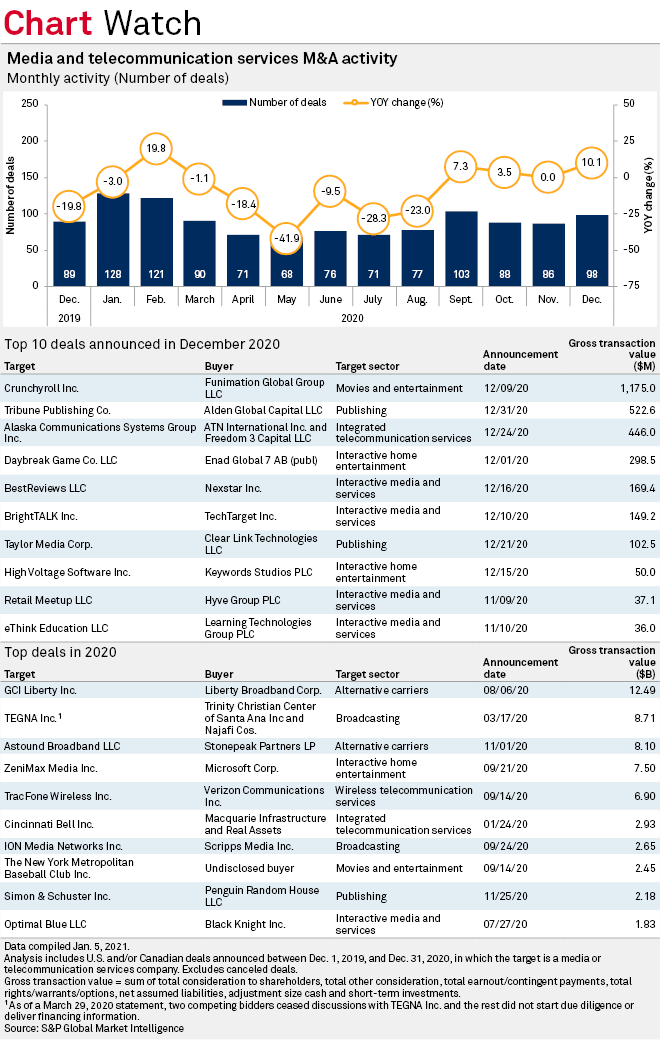 M&A deal volume among U.S. and Canadian media and telecommunications companies in December 2020 rose 10.1% year over year even though the sector only saw one deal that crossed the billion-dollar mark during the month.

With his exit from the Federal Communications Commission rapidly approaching, outgoing Republican agency Chairman Ajit Pai said he will not move forward on a review of a liability shield for online platforms. 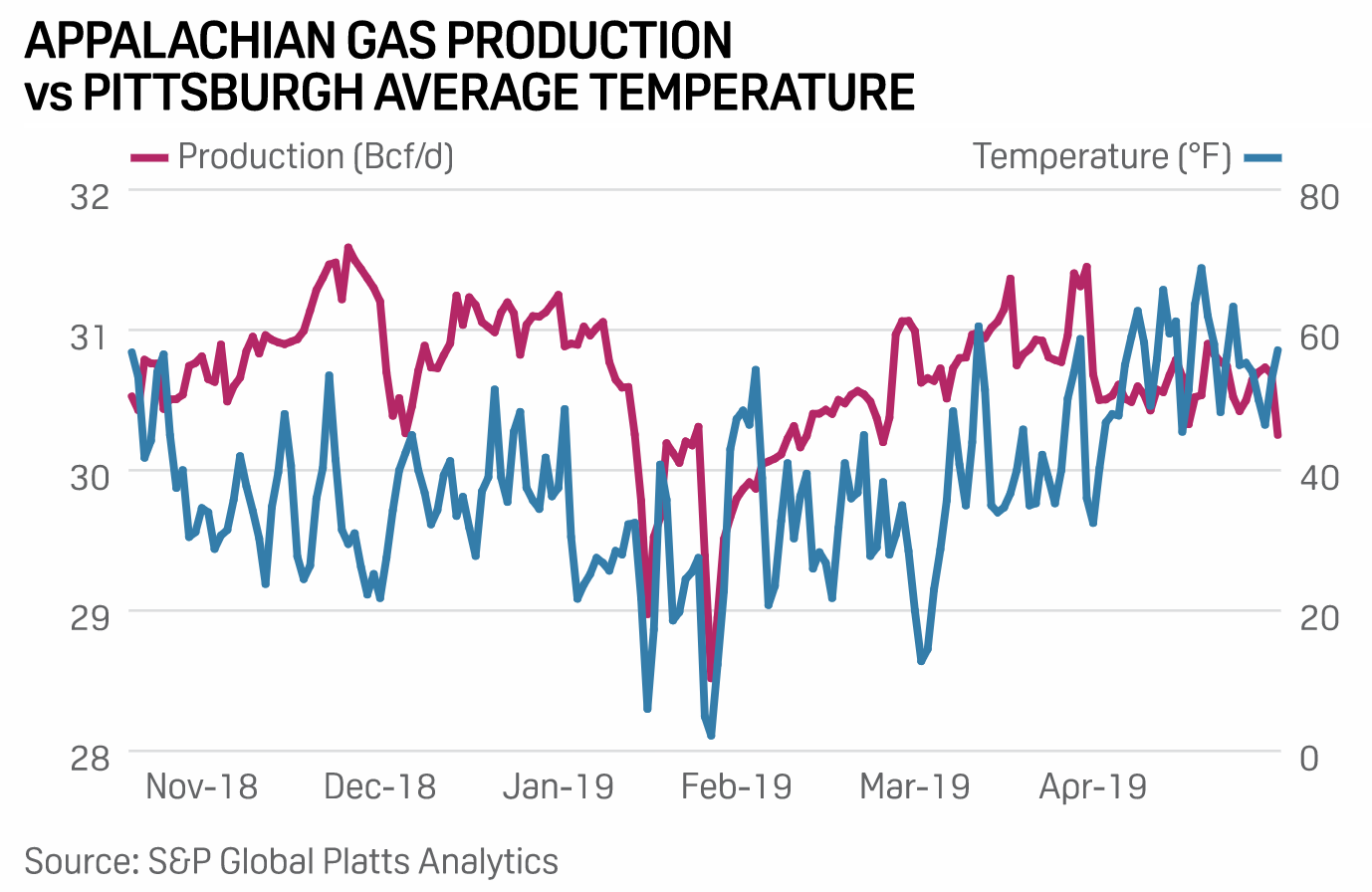 Warnings from meteorologists about the potential for polar vortex weather to develop in the central and eastern US later this month are fueling a rally in Appalachia's balance-of-winter gas market, where wellhead freeze-offs could pose a significant and prolonged risk to upstream supply in the region.

Steel production, both inside and outside Shijiazhuang, the capital city of China's Hebei province which has been under lockdown since Jan. 7 due to a resurgence in COVID-19 cases, has so far not been affected by the latest restrictions, industry sources said.

2021 Auto Demand Key to Palladium Recovery: Analysts
Strong palladium demand from the automotive sector in 2021 is central to a recovery of the precious metal, said analysts at UK-based precious metals consultancy Metals Focus.

Japan intends to develop its supply chain of blue ammonia, possibly in the Middle East, Australia and North America, by the late 2020s in order to introduce it as a new fuel for power generation as it accelerates its efforts to achieve the 2050 carbon neutrality, a government official told S&P Global Platts on Jan. 8.