The Essential Podcast, Episode 71 Bretton Woods 2.0 – A New Model for a Changing World

The buoyant jobs growth in the U.S. is a notable sign of strength in the world’s biggest economy as the recovery toward pre-pandemic activity continues.

The U.S. economy added 467,000 jobs in January, and growth in December and November more than doubled on revision, by a combined 709,000, according to Bureau of Labor Statistics data released on Feb. 4. While this dramatically exceeded consensus expectations, which had anticipated job losses for the first month of this year, a record 3.6 million employed Americans were too sick to work—up more than 80% from the previous peak in April 2020—as the omicron variant spread throughout much of the U.S. The unemployment rate was little changed at 4%, and the labor force participation rate reached 62.2%.

“Even with a record-high number of omicron cases, the jobs market has begun bouncing back,” S&P Global Ratings Chief U.S. Economist Beth Ann Bovino said in commentary following the BLS report. “This underscores a strong economy, with the U.S. ready to take the gold and move on to the next stage.”

As Americans become more comfortable working and have better access to childcare and in-person schooling, analysts expect the amount of people in the U.S. population who are in the job market to increase through the year, according to S&P Global Market Intelligence.

"The employment recovery overall has been remarkable," Oren Klachkin, lead U.S. economist with Oxford Economics, told S&P Global Market Intelligence. "It's a lesson that we shouldn't underestimate the economy's dynamism."

The jobs data came as a validating sign for U.S. policymakers. The Federal Reserve has established that it will begin its most aggressive tightening since the 1990s this year because the U.S.’s robust labor market has reached the central bank’s maximum employment target, in addition to the country experiencing expansive economic growth and increasing inflationary pressures.

“The big question now is whether the Fed will lift off gradually, with a 25- basis-point (bps) hike, or will go with a 50 bps bang. While a dramatic move right out of the gate certainly would signal the Fed means business, and we wouldn’t be surprised if the Fed hiked rates by 50 bps sometime in 2022. We suspect that it will start with 25 bps,” she said. “But whether the rate hike is 25 bps or 50 bps, it’s only the start of many more to come.”

Today is Monday, February 7, 2022, and here is today’s essential intelligence. 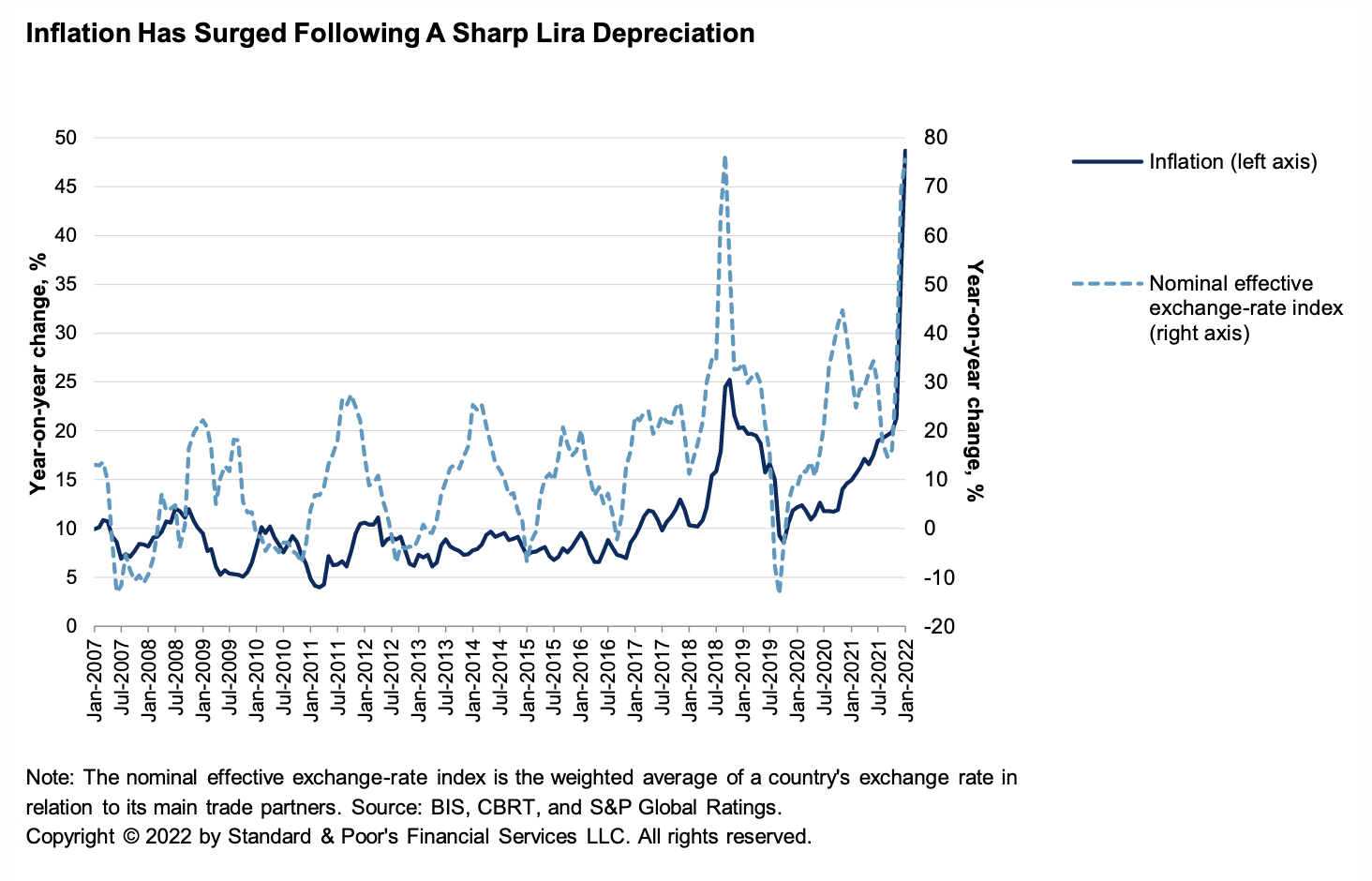 Turkey has seen a series of economic policy developments over the last few weeks, including a large hike in the minimum wage and the introduction of a forex-protected Turkish lira deposit scheme. Meanwhile, inflation and inflation expectations have surged amid deeply negative real interest rates. While S&P Global Ratings had projected a spike in inflation in December 2021 following sharp depreciation of the Turkish lira from mid-November, the actual outcome was significantly higher than its expectations and those of the market. S&P Global Ratings attributes this largely to a stronger and faster pass-through of exchange-rate depreciation to domestic prices. 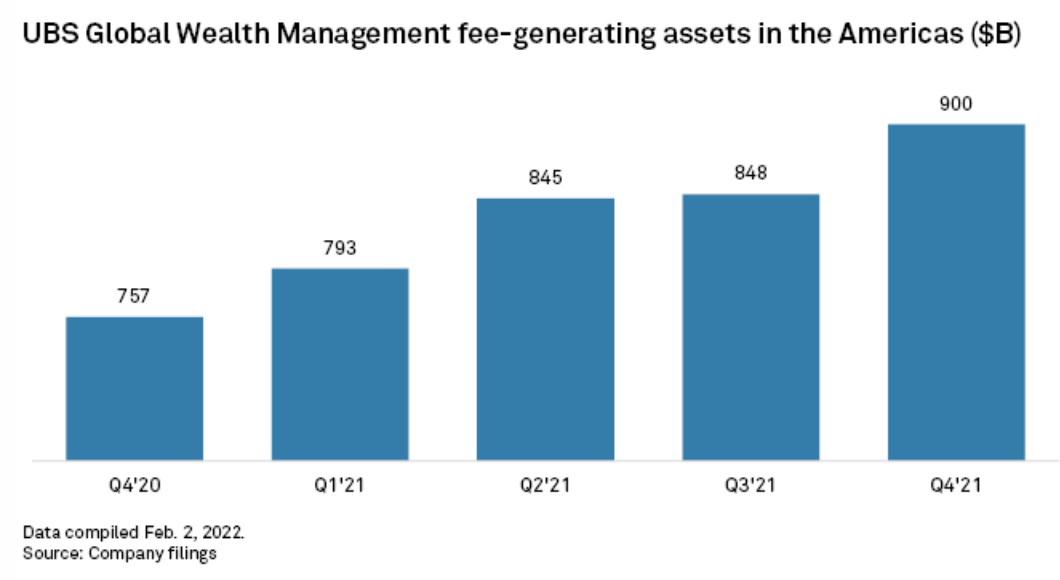 UBS Group AG expects U.S. automated wealth management provider Wealthfront Corp., which it is acquiring in an all-cash deal worth $1.4 billion, to serve as its "growth engine." The Swiss bank plans to first run the company for growth, number of clients, AUM, and direct technology before managing it for profit and loss, UBS Group CEO Ralph Hamers told analysts in a Feb. 1 earnings call. Wealthfront, which had roughly $27 billion in AUM and more than 470,000 clients in the U.S. as of Jan. 28, is focused primarily on millennial and Gen Z investors, a segment UBS deems to have high-growth potential in the global wealth market. 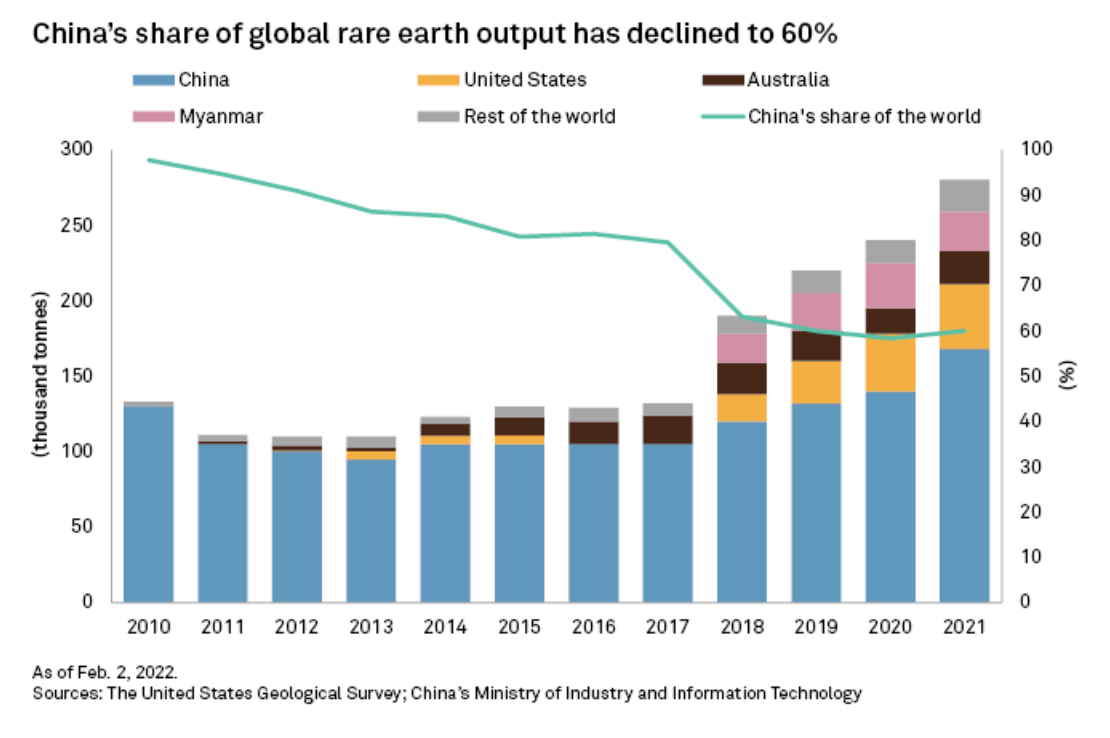 The world's reliance on China for rare earth elements has been gradually easing, but the country is expected to continue increasing production, exports, and pricing for the commodity group through 2022, driven by increasing global demand for clean energy. China has long held a strong influence on the rare earths market, but its share of global output and reserves has decreased after years of extensive mining. The rare earth elements comprise the 15 lanthanides as well as scandium and yttrium, many of which are essential for electric vehicles, magnets, and other clean energy technologies. 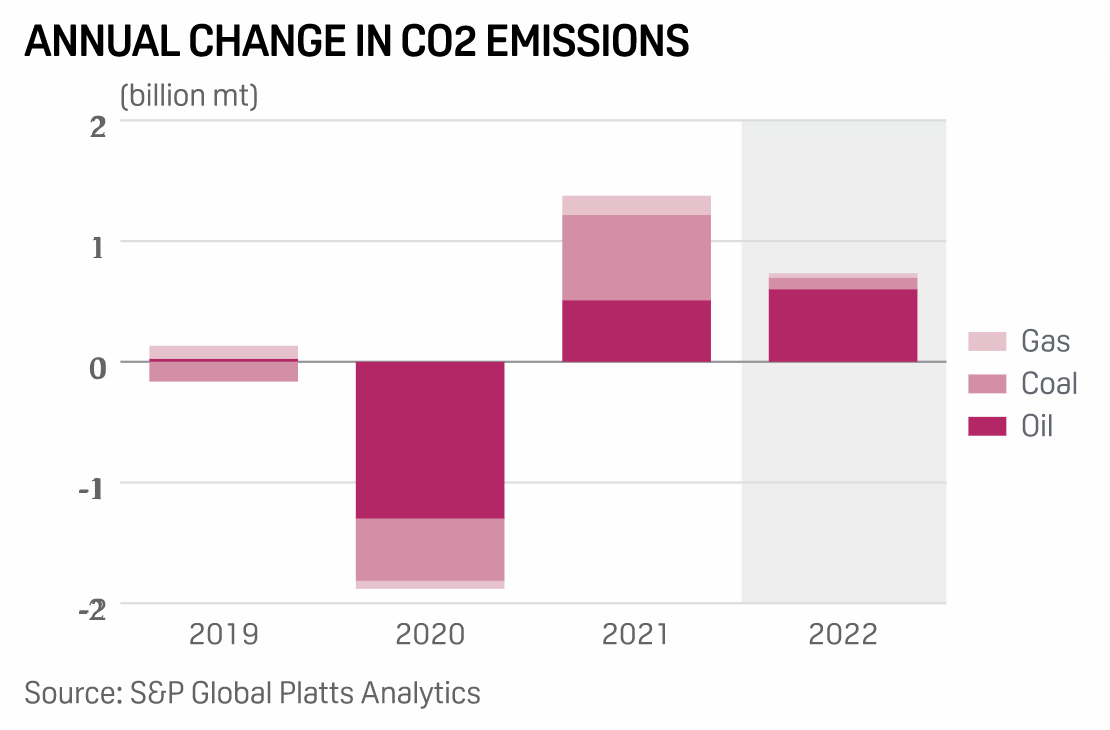 Events in 2021 exposed significant hurdles governments and markets still need to overcome during the energy transition journey, but there were also signs of progress. The rapid return of global energy demand to near or above pre-pandemic levels in 2021 caught markets off guard, which resulted in record-high energy prices in major markets. Despite the historic decline in CO2 emissions in 2020, 2021 showed that energy demand is still structurally outpacing the growth of clean energy supply, requiring the use of more fossil fuels, which means more greenhouse gas emissions. According to S&P Global Platts Analytics, 2022 will be a record year for CO2 emissions despite the COVID-19 pandemic and the world's energy transition efforts. 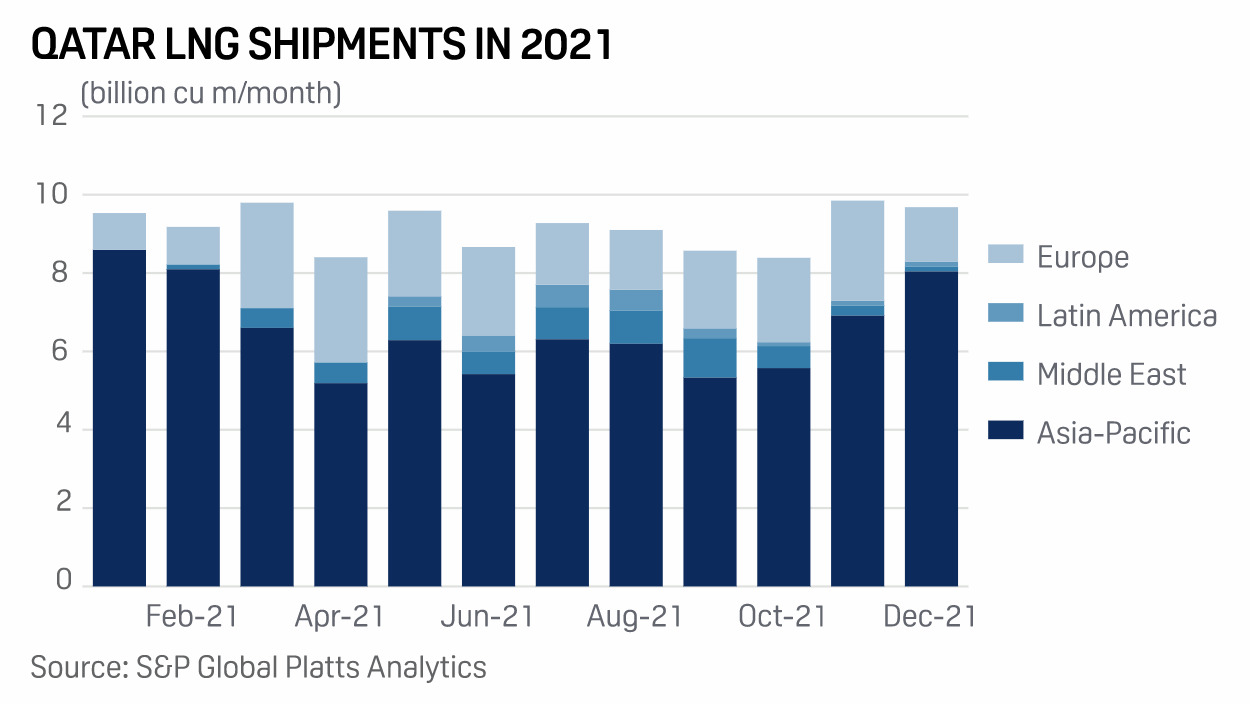 When Qatar escalated an already ambitious LNG expansion program in 2019, record volumes of production from other global participants were already coming online, raising doubts about the need for more supplies when prices were already depressed. Just three years later, with spot prices near record highs, the Middle East producer could be having the last laugh. Qatar's Energy Minister Saad al-Kaabi has met with officials from Pakistan, the U.K., the EU, and Italy in recent months as demand gets a boost from the threat of supply disruptions due to Russia-Ukraine geopolitical tensions and fears of a cold winter in Europe.

M&A In Focus: What’s Next For Emerging Tech? 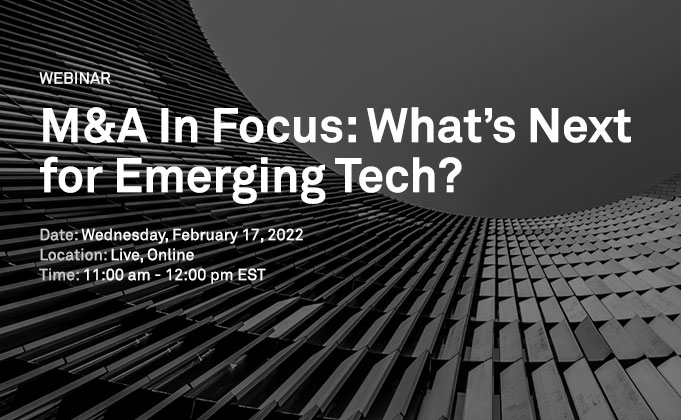 Annual tech acquisition spending in 2021 soared above $1 trillion for the first year in history, as all major buying groups posted record deals. Valuation, too, hit unprecedented levels. But where does the priced-for-perfection tech M&A market go from here? Join S&P Global Market Intelligence veteran analysts for a look ahead at the coming year during the upcoming webinar.

—Register for the webinar from S&P Global Market Intelligence