Feb. 08 2019 — The days of large bank acquirers pursuing deals to plant a flag in a new market might be receding as more buyers see transactions as a way to support much needed investments in technology.

In the latest Street Talk podcast, we discuss how BB&T Corp. touted that prospect when announcing its merger with SunTrust Banks Inc. and talk about the implications for future big-ticket transactions.

BB&T said the deal, one of the largest in U.S. banking history, will create a premier financial institution fueled by increased capacity to invest in innovation and talent. That stands in stark contrast to other blockbuster deals announced before the financial crisis, when buyers sought to create financial supermarkets or extend their footprints to new markets.

The size of BB&T's landmark transaction might have caught some members of the investment community off guard since Chairman and CEO Kelly King suggested the company was focused on organic growth and internal initiatives to drive costs lower. Still, while the merger of equals, the largest in BB&T's history, might have come as a surprise, it is part of a small group of large deals that received applause from the Street. The projected tangible book value accretion certainly played a role, but King also emphasized that the expansion would allow BB&T to achieve its previously stated goal of investing in technology to meet growing client demands. 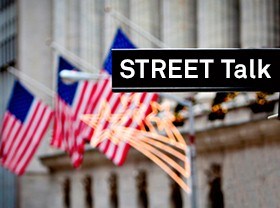 Street Talk is a podcast hosted by S&P Global

Listen on SoundCloud and iTunes.

"We'll transform platforms to drive out cost, that's important, supporting a more technologically enabled business. And we will gain incremental efficiencies through automation by enabling faster, smarter and more secure way of doing business," King said on a call to discuss the deal.

Investment bankers have suggested others could follow BB&T's move and use cost savings from transactions to upgrade technological offerings. Some advisers even predicted an increase in larger deals before the BB&T/SunTrust transaction surfaced, arguing that regional banks needed to play catch up with the nation's largest institutions and upgrade technology and digital channels to keep their clients happy.

For his part, King emphasized that the world has changed considerably, even in just the last 12 months. King echoed comments made during BB&T's investor day in November 2018, when the company rolled out a new initiative, dubbed "Disrupt or Die," focused on improving efficiency while investing in delivery platforms.

That theme has recently become more common in larger bank deals. Chemical Financial Corp. and TCF Financial Corp., for instance, highlighted the opportunity to invest in technology as a combined franchise when discussing their $3.55 billion MOE announced a few weeks ago. The companies said the deal would allow them to invest and innovate more efficiently, enhance customer-facing digital service offerings and streamline internal systems and processes.

WSFS Financial Corp. offered a similar assessment when announcing plans to buy Beneficial Bancorp Inc. for $1.5 billion in August 2018. While WSFS took heat for the price paid on the deal, the buyer outlined plans to use some expected cost savings to invest in digital channels and shrink its branch network considerably.

"This combination allows us to economically address the question in every bank's boardroom," WSFS Chairman Mark Turner said on the call. "That is, how and when are we going to adjust to the new realities of banking delivery to meet the changing customer behavior and their needs."

The Street seems to think it makes sense to spend on technology to play offense. Jeff Davis, managing director at Mercer Capital and a S&P Global Market Intelligence contributor, said in a recent blog post that scale might be required to protect existing returns in the face of improving technology. He said the Amazon effect could apply to deposit pricing as "informed depositors with mobile technology" could force increased competition. Davis said the same thing occurred in the asset management business, where cost-conscious investors utilized widely available information and easy-to-use technology to upend the industry's pricing model.

BB&T seems to recognize the threat of fintech and other technology providers creeping into its space. As King noted on the conference call to discuss the SunTrust merger, he wants to get ahead of that sea change and lead rather than follow.