London, UK, May. 17 2018 — The latest global bank rankings report from S&P Global Market Intelligence found that Chinese banks continued to expand in 2017, accounting for a fifth (18) of the world’s largest banks, collectively reporting $23.761 trillion in assets at the end of 2017.

China’s ‘Big Four’ banks - Industrial & Commercial Bank of China, China Construction Bank, Agricultural Bank of China, and Bank of China, remained as the top four banks by assets year-over-year, posting a combined $13.637 trillion in assets. This is up $1.727 trillion since last year's ranking, with half of this growth due to a strengthening yuan against the US dollar.

The U.S. had the next highest number with 11 banks holding $12.196 trillion in assets. However, Wells Fargo was pushed out of the top 10 spot by France's Crédit Agricole Group, while other U.S.-based banks also suffered ranking drops from the previous years. Goldman Sachs Group fell three spots last year to 35, Morgan Stanley dropped one spot to 38, and State Street Corp. fell ten spots to 100.

In Europe, HSBC maintained its position as the largest European bank with total assets of €2.100 trillion (US$2.522 trillion). It was the only European institution above the €2 trillion mark. Among the top 10 European banks, six posted a year-over-year decline in assets in euro terms.

“As bank profitability improves in terms of return on average equity, we expect banks to move away from cost-cutting and towards sustainable growth. In this low rate environment, growing the balance sheet can be an effective way to generate earnings. Moreover, as interest rates rise, we can expect a boost to bottom line earnings and this bodes well for future growth prospects within the banking sector." 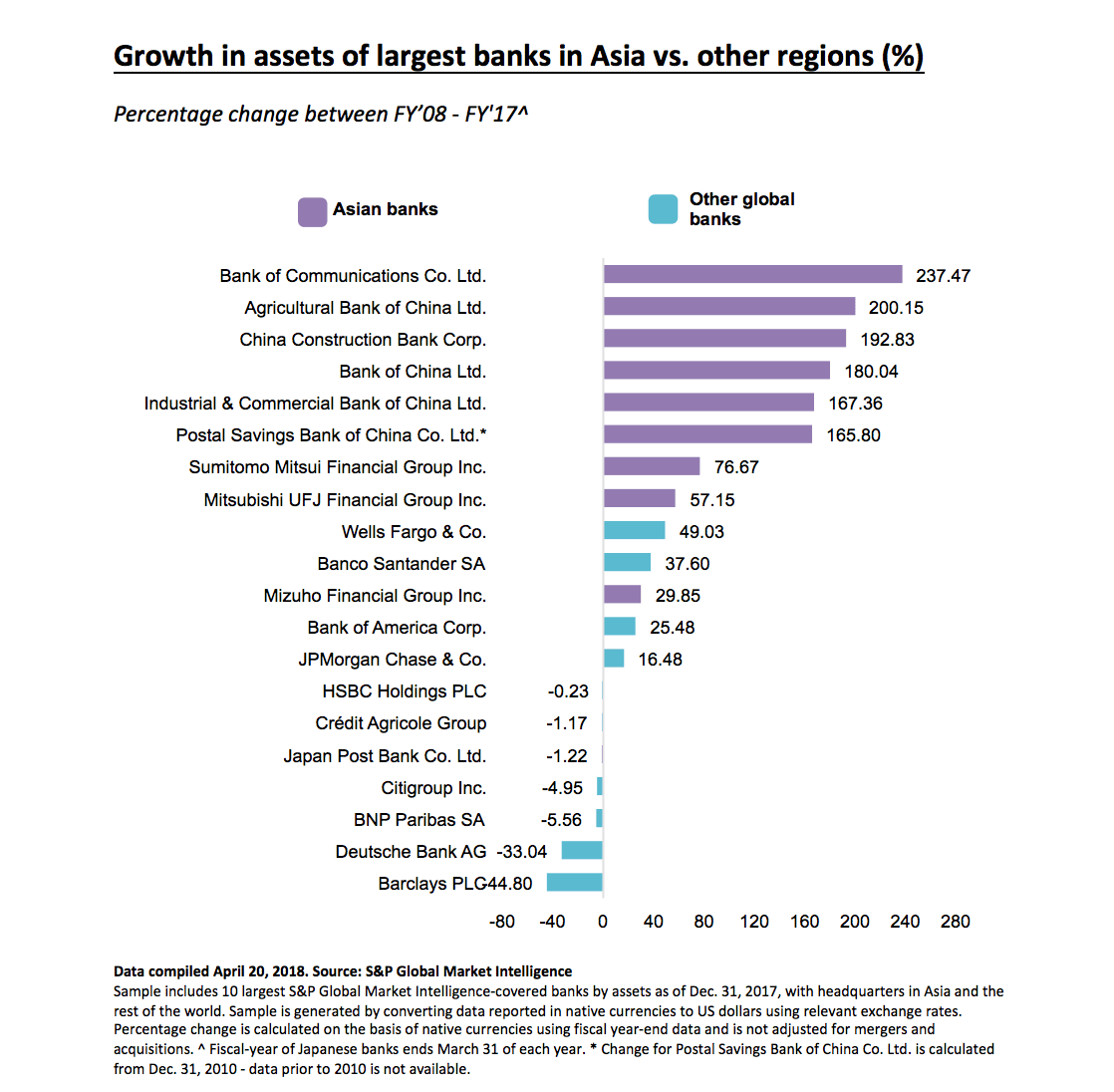 At S&P Global Market Intelligence, we know that not all information is important—some of it is vital. We integrate financial and industry data, research and news into tools that help track performance, generate alpha, identify investment ideas, understand competitive and industry dynamics, perform valuations and assess credit risk. Investment professionals, government agencies, corporations and universities globally can gain the intelligence essential to making business and financial decisions with conviction.