Microsoft has announced that the next generation of its Xbox video console, known as Project Scarlett, will only be available for sale during the 2020 holiday season. That would suggest the firm will have no major hardware launches until mid-2020 at the earlier. Arch-rival Sony is in a similar position with the PlayStation 5, Wired reports.

As a consequence, sales of videogame consoles - including Nintendo's Switch - may be quiet this holiday season. Imports are already down this year, admittedly during the offpeak season, with U.S. imports down 55.2% year over year in the four months to Apr. 30, Panjiva data shows. There's likely been a further 5.2% slide in May, based on seaborne shipments.

The industry also faces a latent risk from the Trump administration's threat to extend tariffs on all Chinese exports as discussed in Panjiva's research of May 10. Out of the $4.71 billion of imports in the 12 months to Apr. 30, 96.0% were sourced from China. 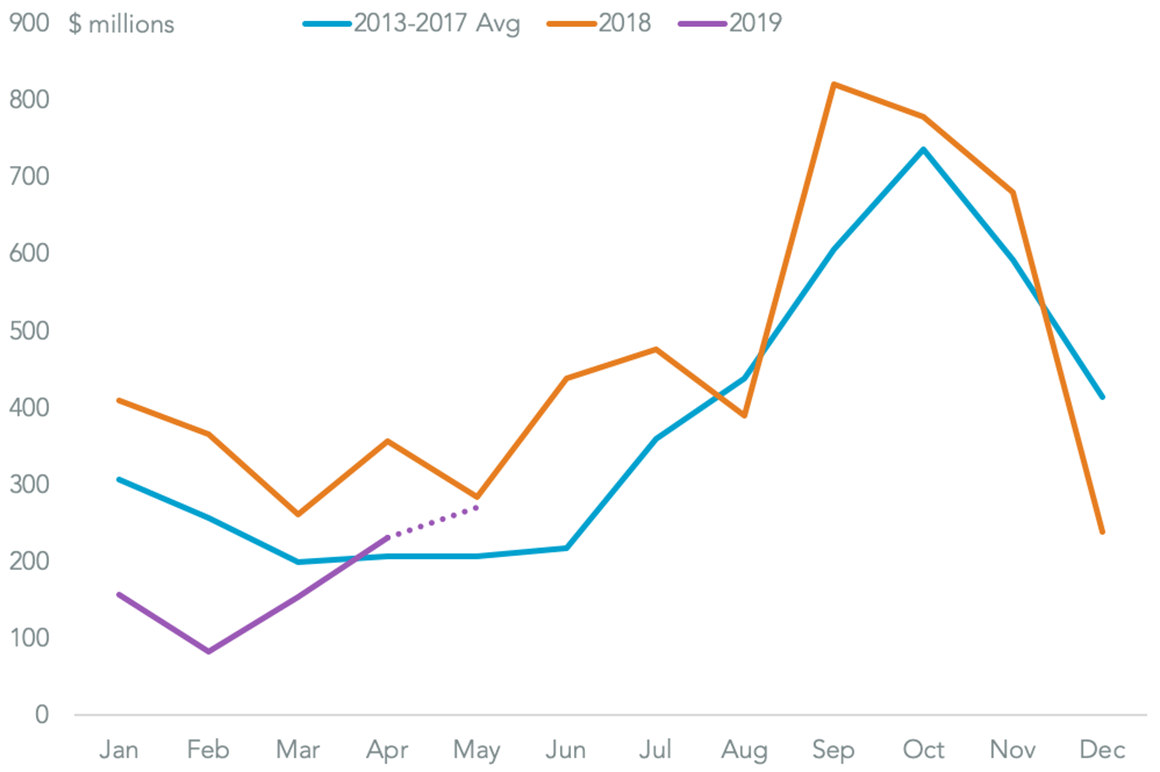 Chart segments U.S. imports of videogame consoles by month. Most recent month based on seaborne shipments only. Source: Panjiva

Microsoft's Xbox has performed better than average on a year-to-date basis with seaborne imports in the five months to May 30 having increased by 17.7% year over year.

By contrast imports of Sony's PlayStation and related products fell 13.6% as an surge in shipments in late 2018 from sales of the PlayStation Classic have apparently worn off.

Nintendo's imports have fared worst with imports down 53.6% year-to-date despite a strong showing in May with a 93.3% surge. The slowdown may reflect a boost from high volume / low value imports of the Labo peripheral system last year. 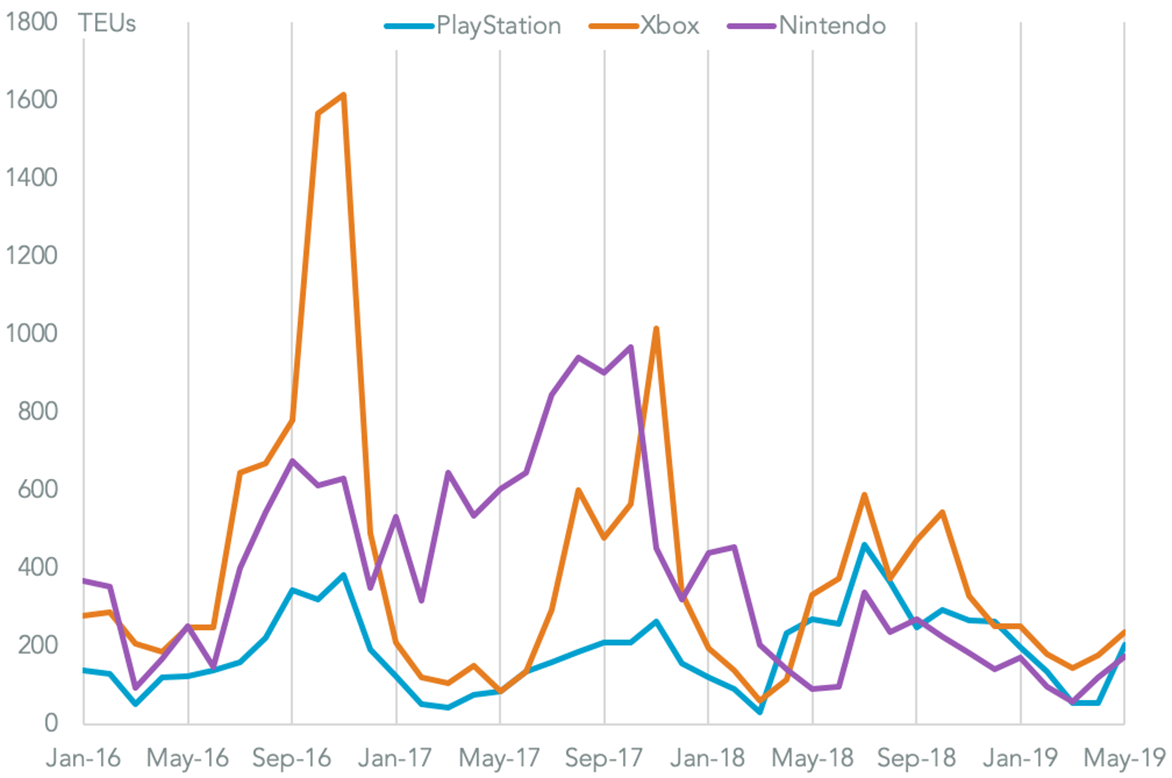