The increasing prevalence of wind and solar plants in the U.S. generating fleet has led to an uptick in transactions involving these assets, including two acquisitions reported in the last two weeks. Evergy Inc. announced the acquisition of the Persimmon Wind Farm in Woodward County, Okla., from its merchant owners on Aug. 9. The transaction bolsters Evergy's plans to procure more than 3,500 MW of renewable energy over the next 10 years. Similarly, Xcel Energy Inc. subsidiary Northern States Power Co. recently announced the purchase of a planned 20-MW wind project from ALLETE Inc.

The Persimmon Creek transaction price was announced at approximately $250 million, or $1,260/kW. While Persimmon Creek began operations in 2018, the purchase price is consistent with the overnight cost of new wind construction in the region, ranging from $1,200/kW-1,300/kW.

The Market Intelligence Power Forecast estimates the merchant value of renewable assets based on regional generation mix and projected wholesale electricity prices, renewable energy credits, or RECs, and capacity value. Each of these components has relatively low value in the competitive Southwest Power Pool, or SPP, region, where Persimmon Creek generates its power. Over the next five years, we forecast 37% of the region's generation will come from green energy, predominantly comprised of wind generation. This tends to keep wholesale electricity prices low. Because Oklahoma has a voluntary renewable energy standard, Persimmon Creek's attributable RECs are valued at the relatively low voluntary "Green E" prices over its asset life. Finally, reserve margins are high in SPP, with the Market Intelligence Power Forecast projecting new capacity will not be needed prior to 2031. This results in low estimated capacity value over the next several years, compounded by discounts already applied to intermittent wind generation. 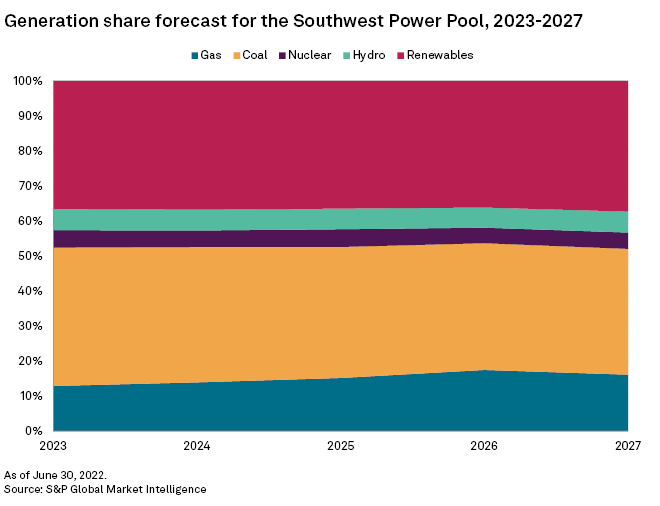 While the Market Intelligence Power Forecast projects the value of each of these components will fall over the next several years, they are expected to recover over time and deliver sustainable value against an estimated annualized revenue requirement starting at $38/MWh in 2023. Market Intelligence estimates the total merchant value of these revenue streams at $227 million — a modest discount against the $250 million purchase price. Moreover, the Power Forecast's estimated value conservatively assumes a lifetime capacity factor of 35%, while the facility has generated closer to 50% of the time since 2018. Continued operation at historical levels suggests significant upside value to the purchase price. As a regulated utility making changes to its generation portfolio, Evergy likely values the long-term generation potential more than the plant's merchant revenue streams. 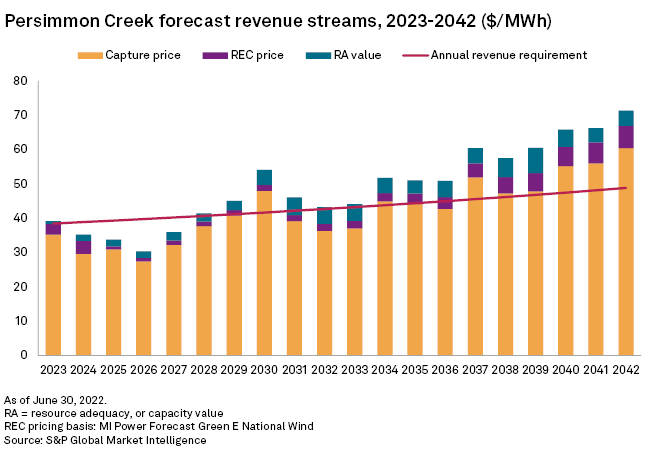