What’s a mile of fiber worth?


What’s a mile of fiber worth?

Wireless infrastructure heavyweight Crown Castle Inc. was a big buyer in the first few years of our dataset as it ramped up its small cell operations, which are generally married to fiber-optic networks. On average, Crown Castle spent about $184,511 per fiber mile during its 2015-2017 acquisition spree. 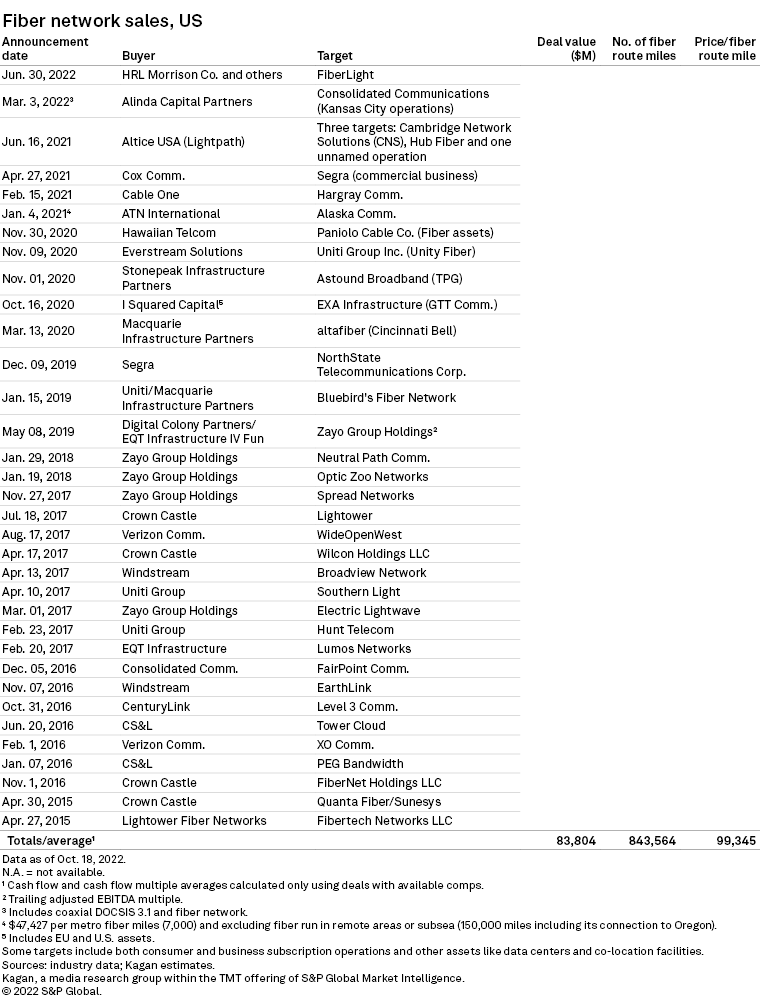 According to the New York City Internet Master Plan, 18% of residents lack a combination of home and mobile connectivity. Northeast wholesale fiber provider ZenFi Networks Inc. has helped New York City convert its array of pay phones into Wi-Fi hot spots and device charging centers, some of which are free to use. The project "Link NYC" now has 1,902 such kiosks to help close the urban digital divide.

Clients can unlock the full dataset and company profiles in the S&P Capital IQ Pro platform.

Why AT&T likes fiber so much more than fixed wireless