President Donald Trump has indicated that the U.S. wants to increase its trade with Pakistan by at least four-fold following a meeting with Prime Minister Imran Khan, Inside Trade reports. No firm policies or trade deal process has been put in place yet, though the ongoing need to secure Pakistan as a regional trade partner may give some incentive to do so ahead of the 2020 elections.

While the Trump administration will doubtless focus on increasing U.S. exports, Pakistan needs a significant boost to its export economy before it is in a position to increase its purchases significantly. Panjiva analysis of S&P Global Market Intelligence data shows that its exports contracted by 0.2% year over year in the 12 months to May 31, following a 0.9% annual decline in the prior three years to reach $23.1 billion.

The U.S. accounted for 16.6% of the total, and managed to increase by 5.8% year over year in the past 12 months, Panjiva data shows. The need for a trade deal, and closer relations, with the U.S. has also become more important since India’s decision to increase tariffs on Pakistani exports as outlined in Panjiva’s research of February 18. 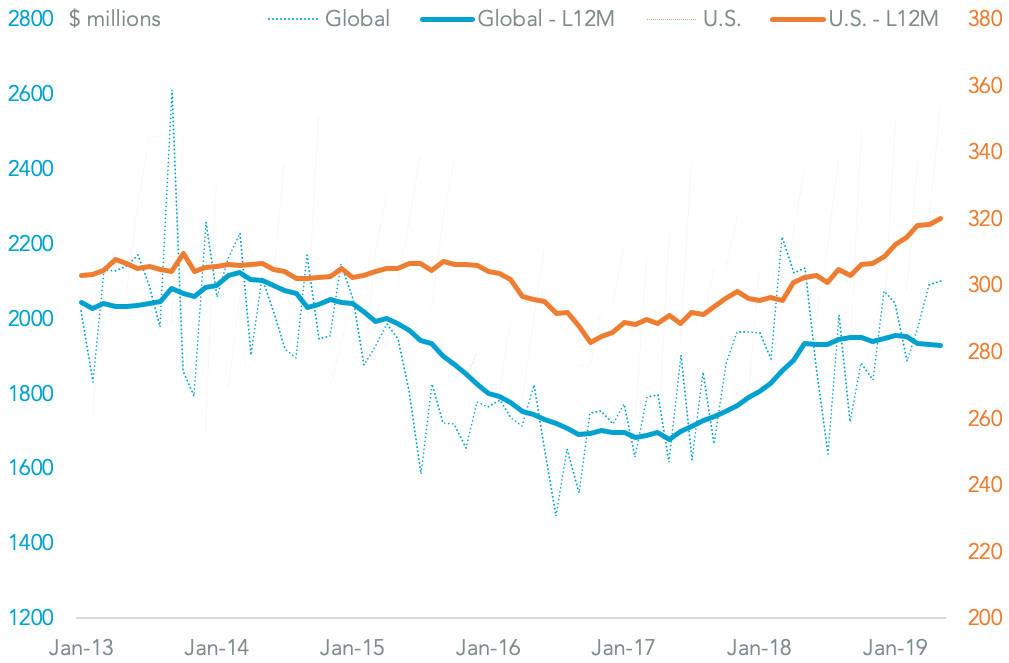 The major challenge in boosting imports from Pakistan will lie in either diversifying its exports to the U.S., or significantly eating into the market share of other countries supplying the U.S. In aggregate the apparel and textile industries accounted for 37.8% and 35.1% respectively of all U.S. imports from Pakistan in the 12 months to May 31.

Given Pakistan accounted for just 1.7% of U.S. apparel imports and 8.4% of textiles there may well be room for increased market share.
From a developmental perspective it’s worth noting that shipments aside from textiles and apparel have actually fallen as a proportion of the total to 27.1% in the past 12 months compared to 38.9% in 1998. Other major import lines include cotton at 3.3%, optical equipment at 2.8% and plastics which accounted for 2.6%.

APPAREL AND TEXTILES DOMINATE PAKISTAN’S SHIPMENTS TO THE U.S. 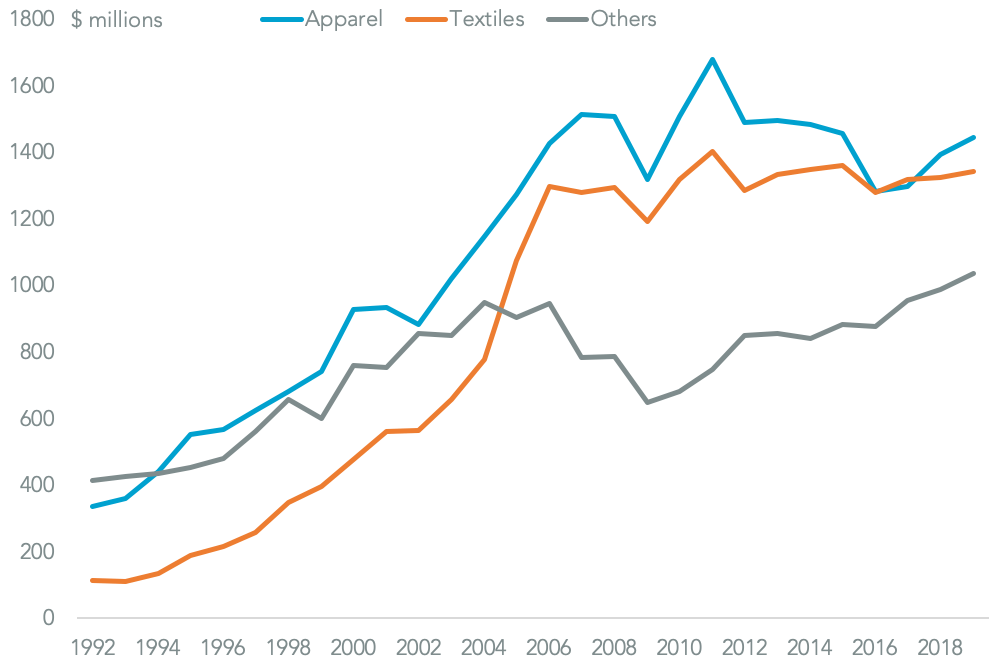 The largest importer of apparel and textiles from Pakistan in the past 12 months, aside from trade finance houses, has been Levi Strauss with 1,682 TEUs shipped. That followed a 101.5% year over year surge in shipments in 2Q. Other importers have also already been expanding their shipments. That was followed by JC Penney with 991 TEUs shipped after a 13.3% rise in 2Q while Adidas shipped 641 TEUs and grew by 9.9%. 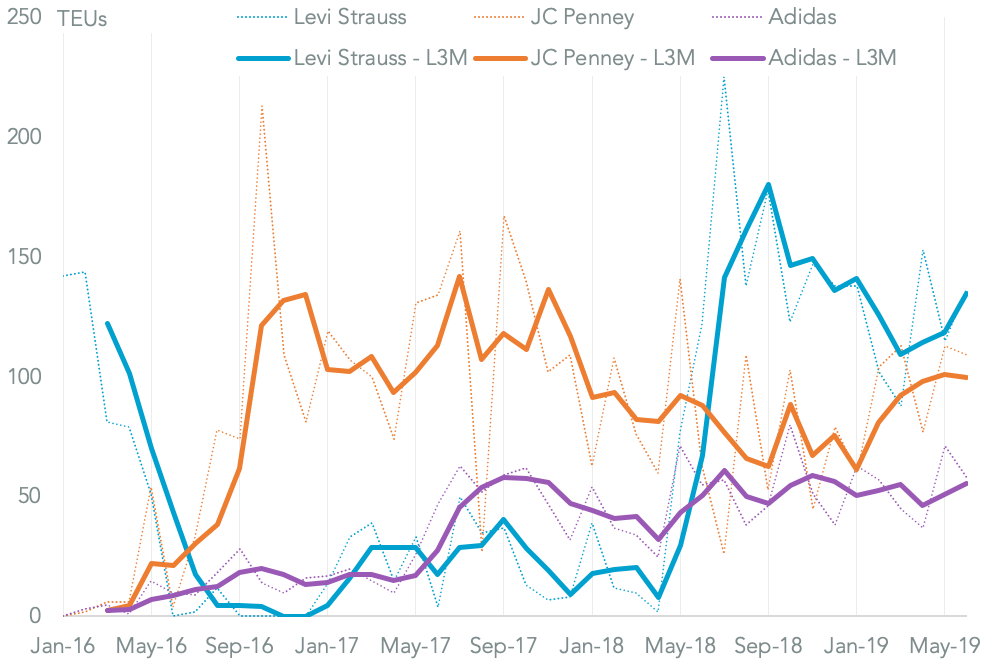