The U.S. Trade Representative has detailed a revised set of plans for the implementation of additional tariffs on Chinese exports. There will be a split between so-called “ list 4A“, where tariffs will be applied at a 10% rate from September 1, and “ list 4B” covering almost all remaining products where the duties will be applied from December 15.

Panjiva analysis shows that list 4A imports were worth $108.8 billion in the 12 months to June 30. The largest product groups include apparel worth $38.8 billion and TVs/monitors worth $8.55 billion. 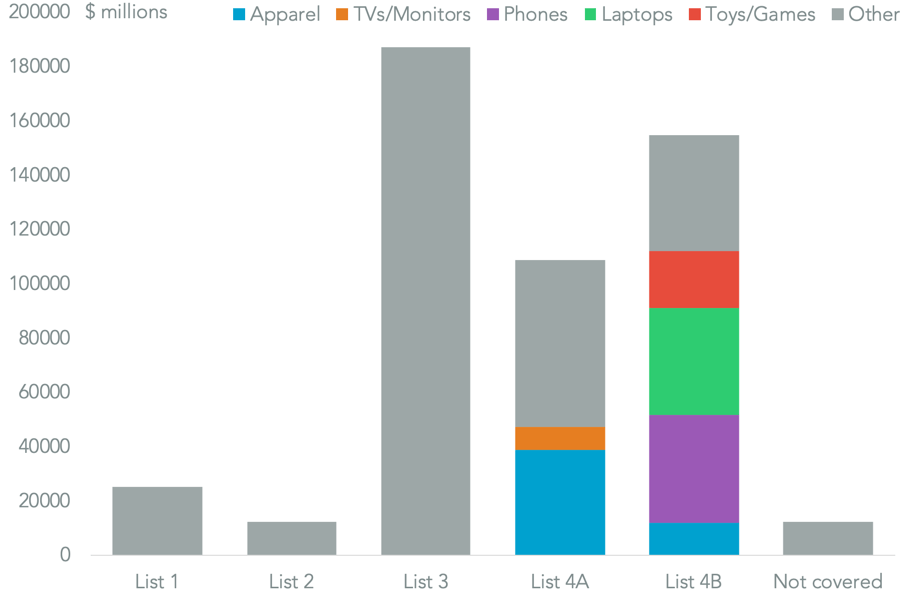 As well as extending the administration’s options in negotiating with China – effectively the move is a temporary de-escalation after the recent currency-related move discussed in Panjiva’s research of August 6 – the delay in list 4B tariffs may reduce the pressure on the peak shipping season.

Panjiva data shows that imports of phones peaked in October or November over the past three years, while shipments of laptop computers peak in November or December, and toys in October. Imports of the apparel items left for the latter group generally include winter clothes, and so reach their peak in August each year ahead of the back-to-school shopping season.
So far only laptop computers appear to have seen stockpiling – imports in June were up 39.1% year over year whereas other list four products only increased by 0.3% due to a 9.1% decline in phone imports. 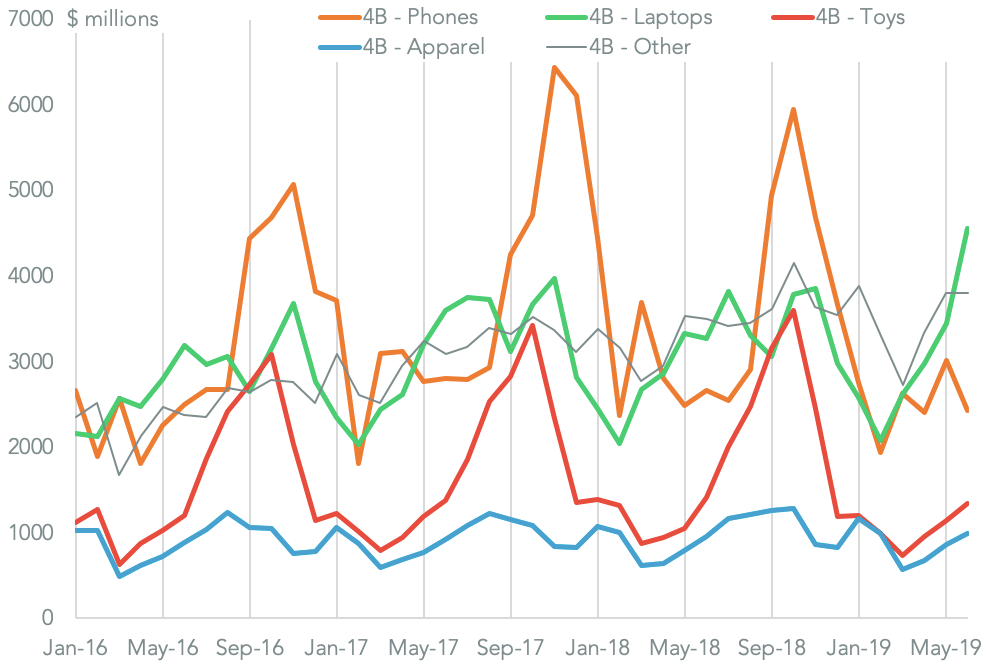