President Donald Trump has committed to a May 10 increase of duties on Chinese exports to 25% for products where 10% tariffs were applied in September, in part due to frustration with negotiations that are going "too slowly". The backsliding in talks is the surprise rather than the tariff threat given the increase has been repeatedly delayed - rather than tabled - in the past six months. Imports of so-called "list three" products fell 25.9% year over year in February, including a 77.1% drop in PC components and a 19.9% slide in furniture - the largest consumer product-line afflicted by tariffs. The President's stance may also be informed by a worsening trade-in-goods balance for March - with advance data having been released on May 3 - which reached $71.4 billion, or 3.0% higher year over year for all countries after two months of declines. A major driver was the automotive sector where U.S. exports have now fallen for eight straight months and imports risen for eight months. The latter may lead the President to impose higher automotive tariff tariffs in mid-May on top of the wider Chinese package.

The White House has committed to increasing duties on Chinese exports that were originally imposed at a 10% rate in September to 25% from May 10. President Donald Trump has stated that negotiations are going "too slowly". U.S. Trade Representative Robert Lighthizer has added that there will be a Federal Register notice submitted on May 7, Axios reports, after Chinese negotiators "reneged" on prior commitments.

It's the apparent failure of talks that should be a surprise, not the reimposition of tariffs because of them. As outlined in Panjiva's May 1 report, many of the 28 major events in the trade conflict so far have involved the U.S. postponing the increase of tariffs rather than taking them off the table altogether.

Panjiva analysis shows that imports of the products covered by the so-called "list three" products, worth around $200 billion annually, fell 7.5% year over year in the three months to Feb. 28 and by 25.9% in the month of February alone. An increase in duties would likely accelerate that decline assuming consumer prices are not increased.

The most significant declines, in dollar terms, in the month of February compared to a year earlier have included PC components (HS 8473.30.11) which have fallen by 77.1%, network connected devices (ranging from modems to smart speakers) where the decline has reached 38.7% and all-in-one PCs which have dropped 73.5%. The furniture sector in total has seen a smaller decline at 19.9% year over year, though at $31.1 billion it is one of the largest consumer-facing products in the target list. 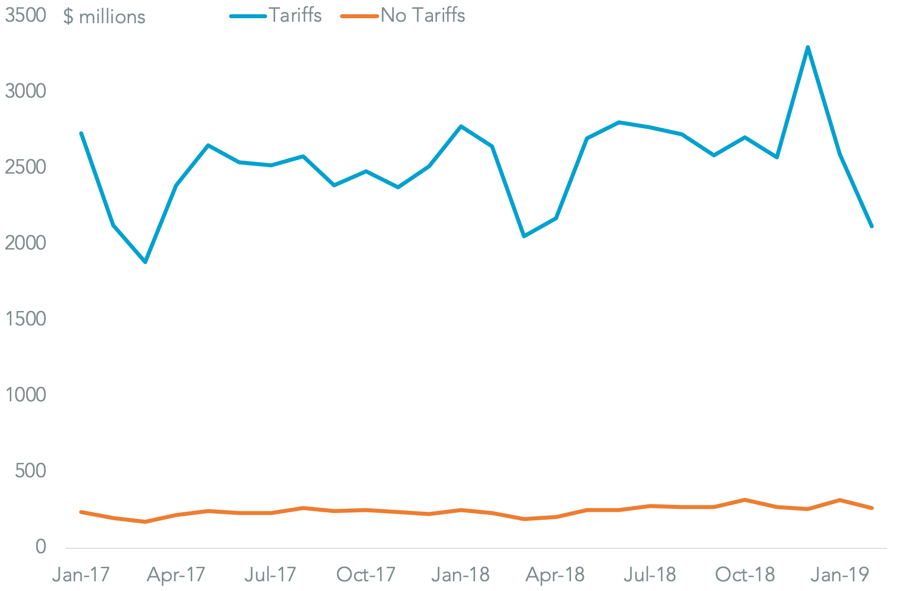 Chart segments U.S. furniture imports from China on the basis of whether tariffs have been applied since Jul. 2019, or not.  Source: Panjiva

While February showed a degree of success for the Trump administration in its tariff war - Chinese exports of tariff-afflicted products to the U.S. fell 26.9% while U.S. exports only fell 21.9% - that may have reversed in March. That's been apparent from Chinese government data since Apr. 15 which showed the U.S. trade deficit with China expanding once more, but has also been hinted at in the latest U.S. advance trade data.

Panjiva analysis of official U.S. data shows the aggregate trade-in-goods deficit with all countries having increased by 3.0% year over year in March to reach $71.4 billion. That follows two months of declines and suggests that President Trump's preferred metric for international trade is getting "worse". The increase in the deficit is the result of imports having risen by 1.3% and exports rising just 0.5%.

The worsening balance should also not be a surprise given the performance of marine freight. Exports from the ports analyzed by Panjiva climbed just 3.8%, lagging a 6.3% rise in imports that resulted from normalized trade patterns with China. 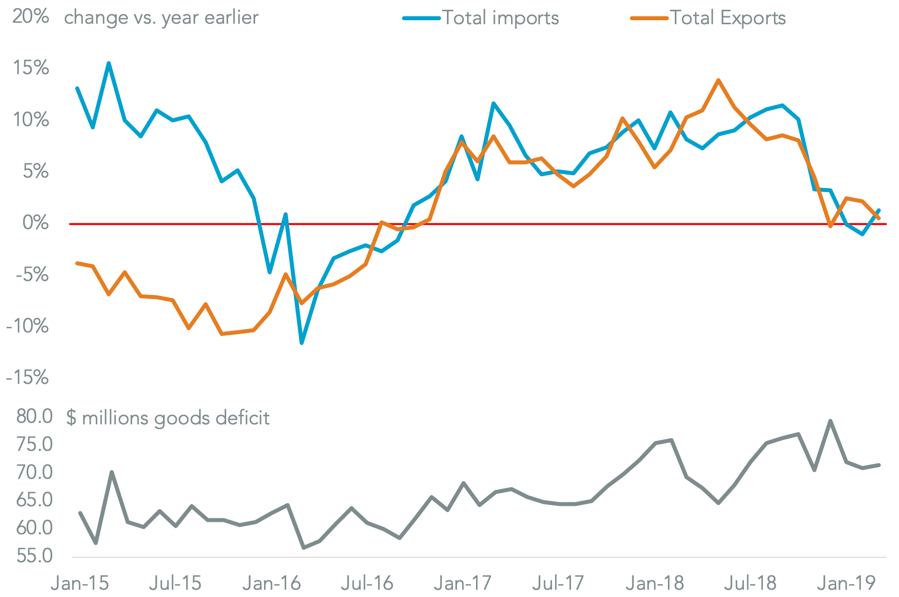 It's also worth noting that trade with China is not the only area likely to see radical change in the near future. The automotive sector also saw a worsening of its trade balance ahead of a decision on section 232 duties where a decision is due from President Trump by May 18.

Exports of automotive products fell 1.6% year over year in March, making for the eighth straight decline. Similarly imports rose by 3.5%, marking an eighth increase. The latter suggests an increase in parts shipments after auto sales fell for three months. Yet, emergency stockpiling is not yet apparent given the quantum of the change.

More details are due for both country- and product-level granularity regarding the U.S. trade deficit on May 9. That coincides with the next - and potentially final - round of U.S.-China trade talks scheduled for May 9 and May 10 which China's Vice Premier Liu He still plans to attend, Reuters reports.

AUTOS AN EXAMPLE OF WHAT AILS U.S. TRADE 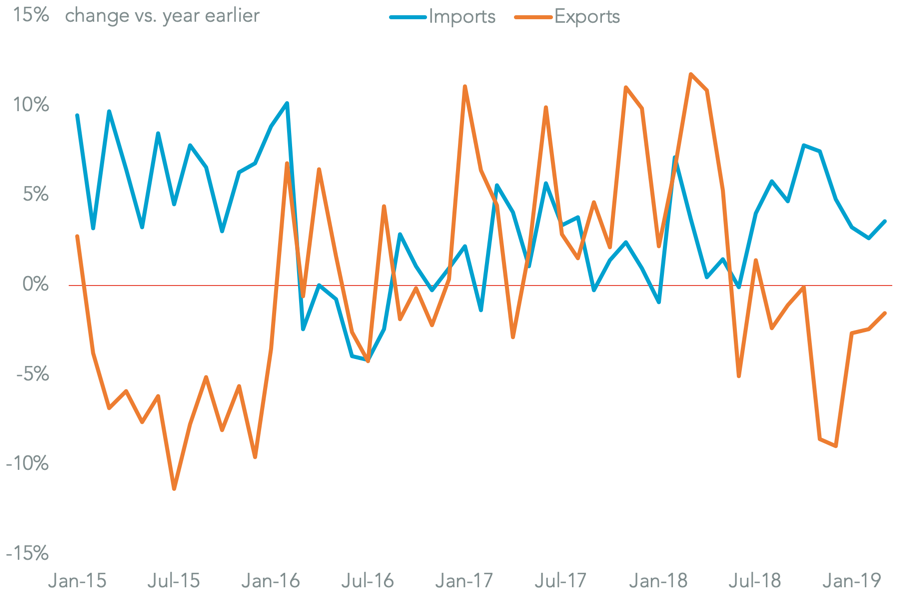