The White House has announced a plan to apply tariffs on all imports from Mexico of 5% from June 10, citing the need for Mexico to help address increasing northbound migration. If no action is forthcoming the tariffs will be increased to 10% on Jul. 1 and by a further 5% points each month thereafter.

As flagged in Panjiva's research of May 20 this comes just as resolution on passing the U.S.-Mexico-Canada Agreement had been reached. It does mark a change in rhetoric from President Trump who had previously only threatened to close the border.

Panjiva analysis shows that U.S. imports from Mexico in 2018 were worth $346.2B, implying each 5% of tariffs will cost U.S. importers - who pay tariffs in the first instance rather than Mexican exporters - $17.3B. 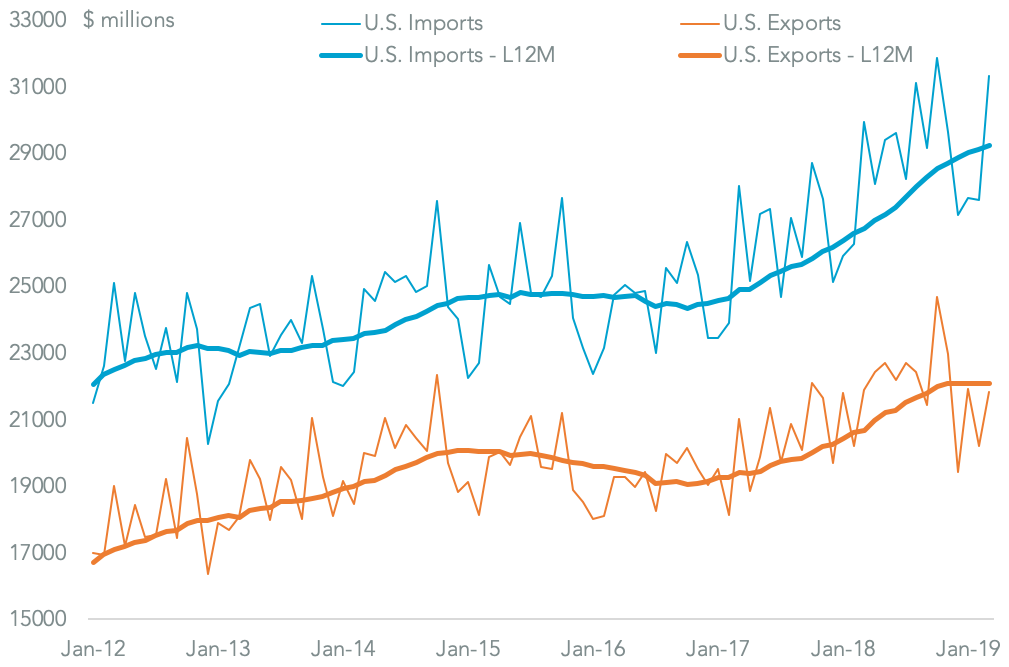 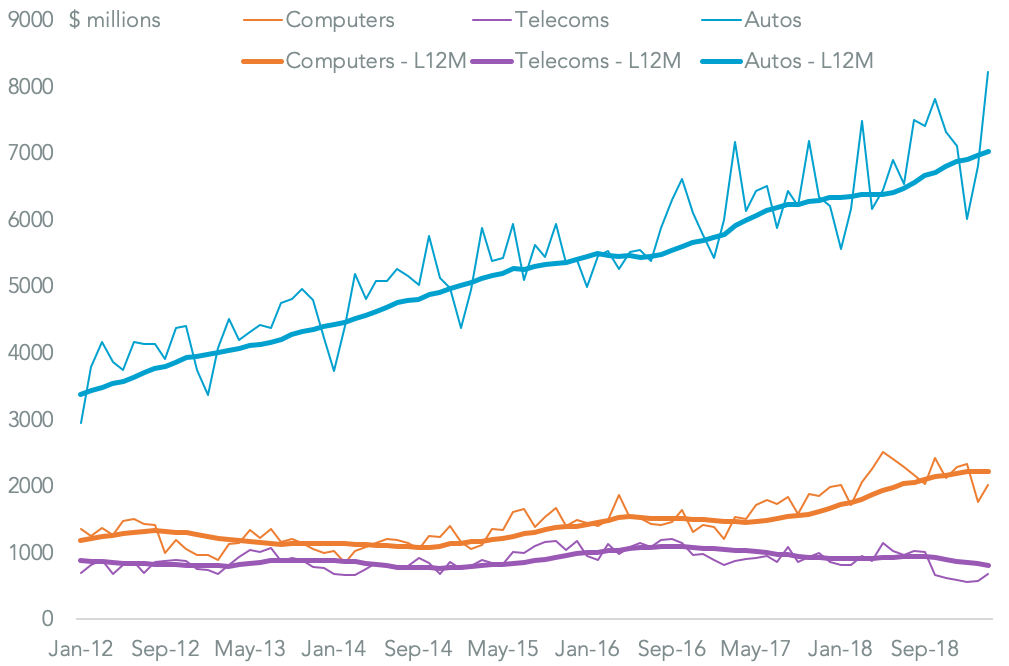 The situation for corporations is more complex given many operate cross-border supply chains where finished goods can be re-exported several times. Those transitions can generate exemptions from duties for products that are re-exported.

Nonetheless, the three largest companies per sector - measured by their import entities - among the largest 50 firms involved in imports from Mexico include:

FOXCONN AND GM'S EXPORTS TO THE U.S. HAD BEEN GROWING, PEMEX SLOWING 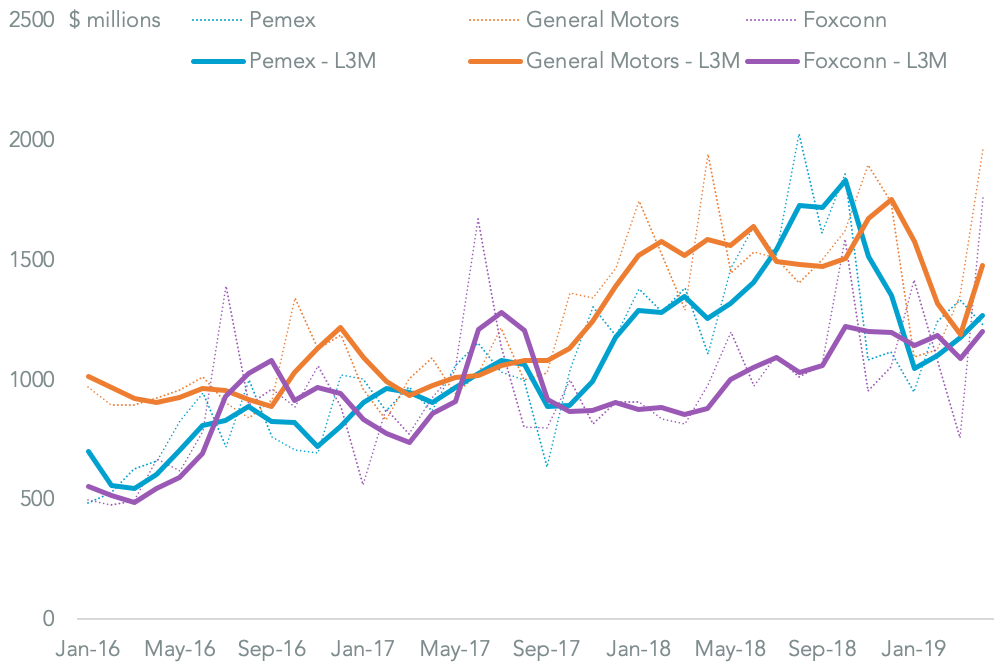 Chart segments Mexican exports to the U.S. by shipper or consignee for Pemex, General Motors and Foxconn on a monthly and three-month average basis.  Source: Panjiva