Export activity across Asia has seen a parlous performance in April. While exports from Malaysia rose 1.1% year over year in local currency terms - which was better than expected according to Nikkei - they fell 4.5% in dollar terms. Malaysia therefore joins nine out of 12 other Asian countries to report lower exports in April according to S&P Global Market Intelligence data.

It also joins 16 out of 24 countries globally to report falling exports. Outliers including Vietnam, which rose 8.3%, and Mexico (up 6.1%) have been part beneficiaries from the U.S.-China trade war as flagged in Panjiva's research of May 27. Mexico could soon face a turnaround though if the Trump administration makes good on its threats to apply new tariffs. 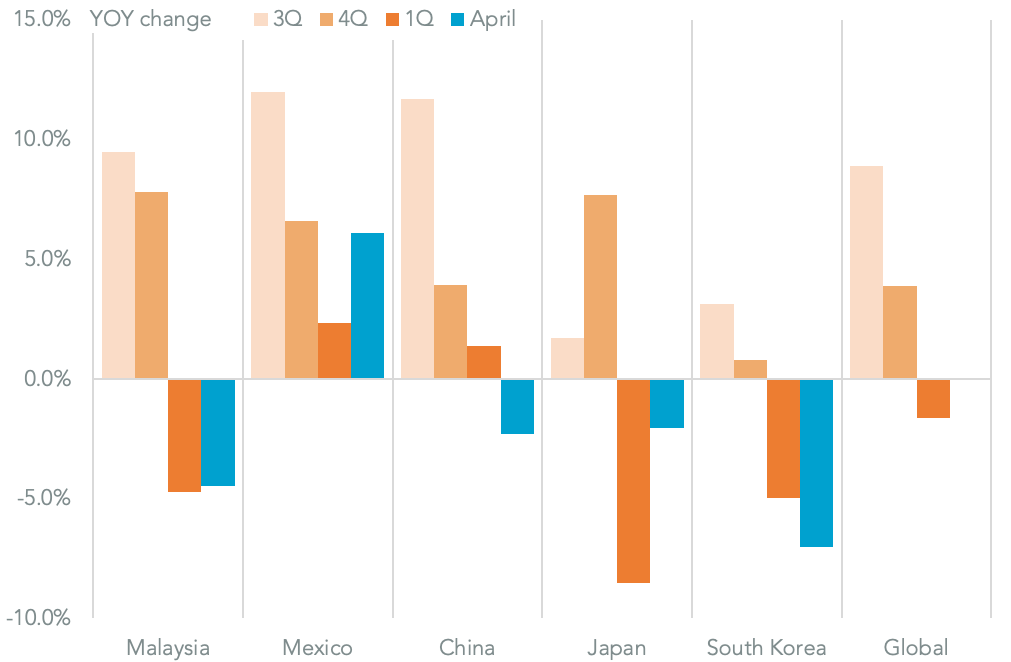 Preliminary data from South Korea suggests the month of May may not have seen much of an improvement, with exports dropping 9.4% year over year, Panjiva analysis of official data shows. That marks a sixth straight downturn. Imports also declined by 1.9%, reversing a 2.4% improvement in April and dragging total trade down 5.9%. 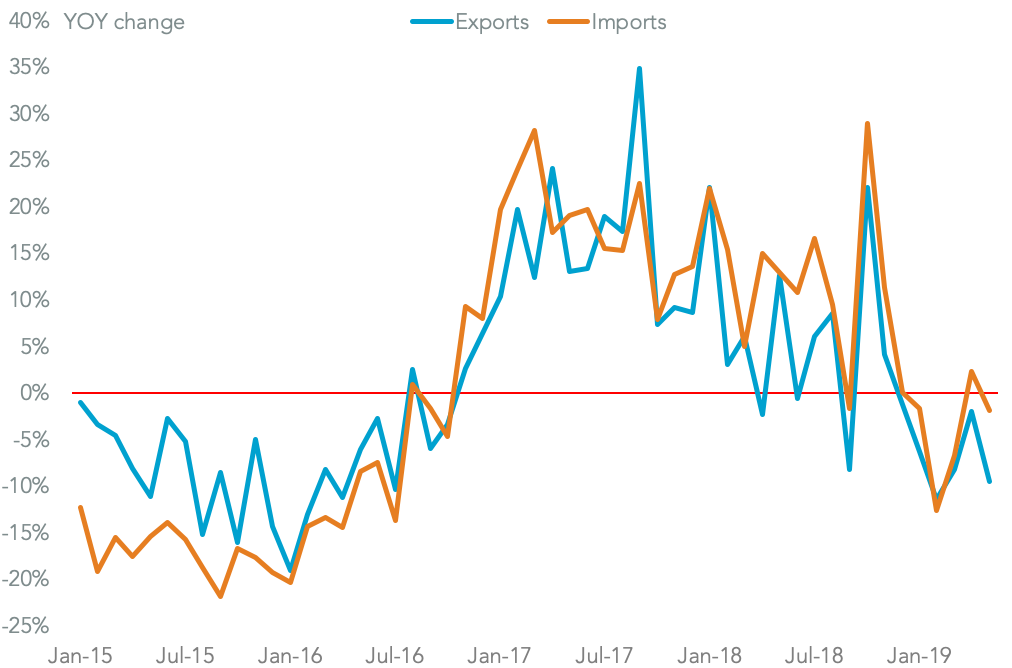 The export picture is actually worse when excluding the volatile shipping industry with underlying exports down 10.3%. That's predominantly down to an acceleration of the decline in the semiconductor sector where exports fell 30.5% year over year compared to 18.5% in the prior three months. In recent months that partly been down to increased exports by manufacturers in China.

There was a return to lower exports in the telecoms sector with a 41.2% slump in May reversing a 1.5% improvement in the prior three months. That downturn may gather pace following LG Electronics decision to relocate manufacturing to Vietnam.

The outlier was cars where there was an acceleration in export growth in May to 13.6% from 2.6% in the prior three months. That may represent some increase in shipments to mitigate the risk of potential U.S. tariffs that have been delayed to November from May. Excess inventory build in the short-term could lead to a downturn in exports in the next two months. 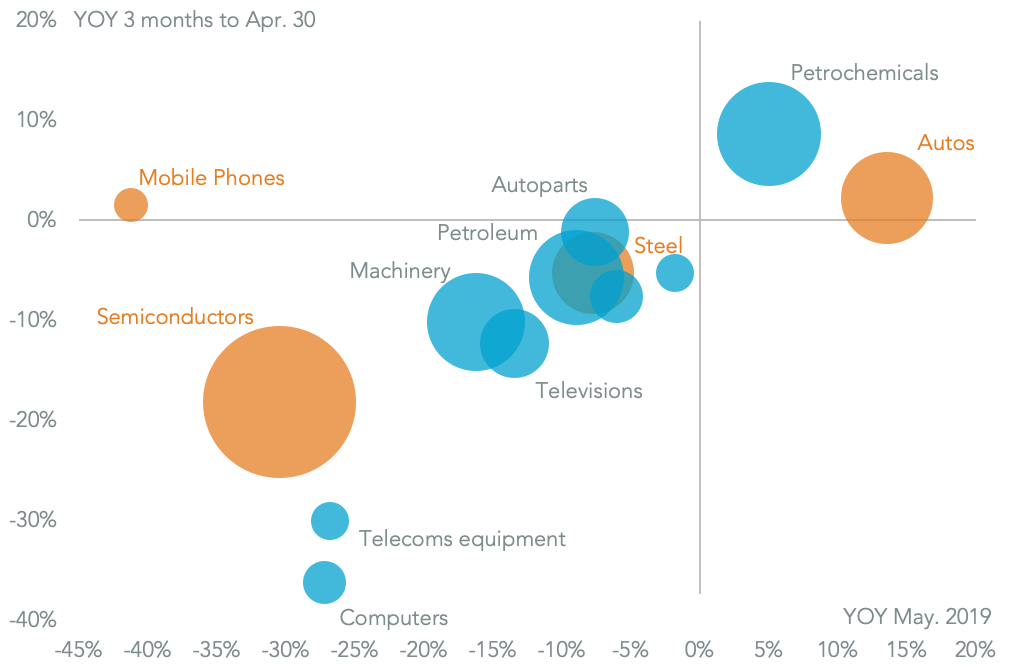