Global coffee exports saw an accelerated rate of growth in April with a 4.4% increase year over year in April compared to 0.3% in 1Q, Panjiva analysis of ICO data shows. That's been led by a 25.1% surge in shipments from Brazil, continuing a pattern seen in 1Q of a 22.1% improvements. That's more than offset a 48.0% slump in shipments from Mexico, which continued a decline of 40.3% in 1Q.

COFFEE PERKS UP A LITTLE IN APRIL 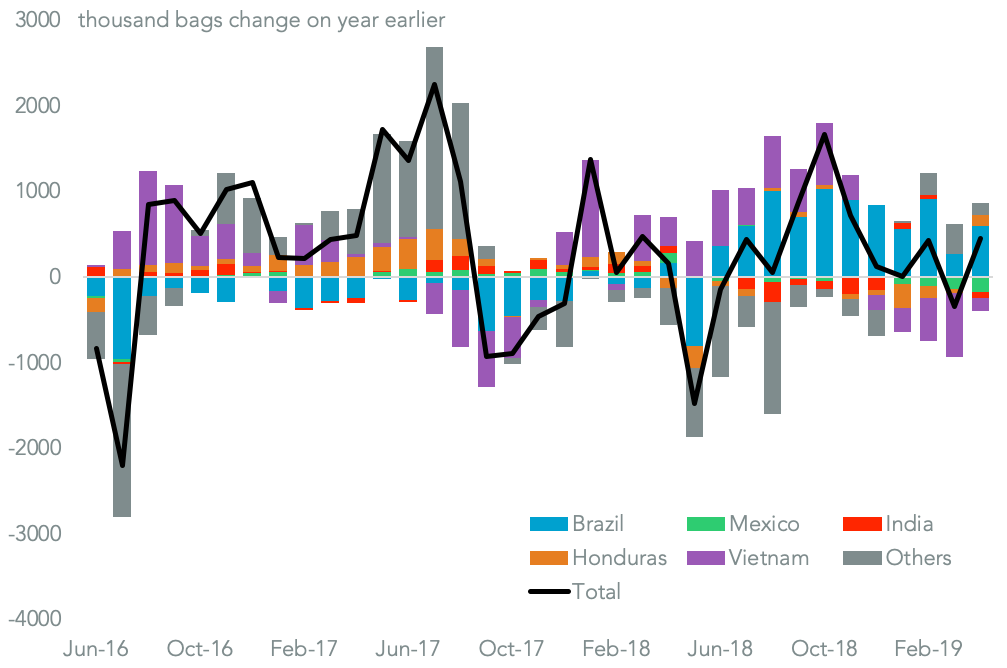 While the global coffee market is typically driven by harvest conditions - a normalization in Brazil being the main reason for the recent rebound - though demand can also act as a driver too. Most recently Starbucks has increased the number of premium "Reserve" stores in South Korea above the number seen in the U.S. according to Yonhap. 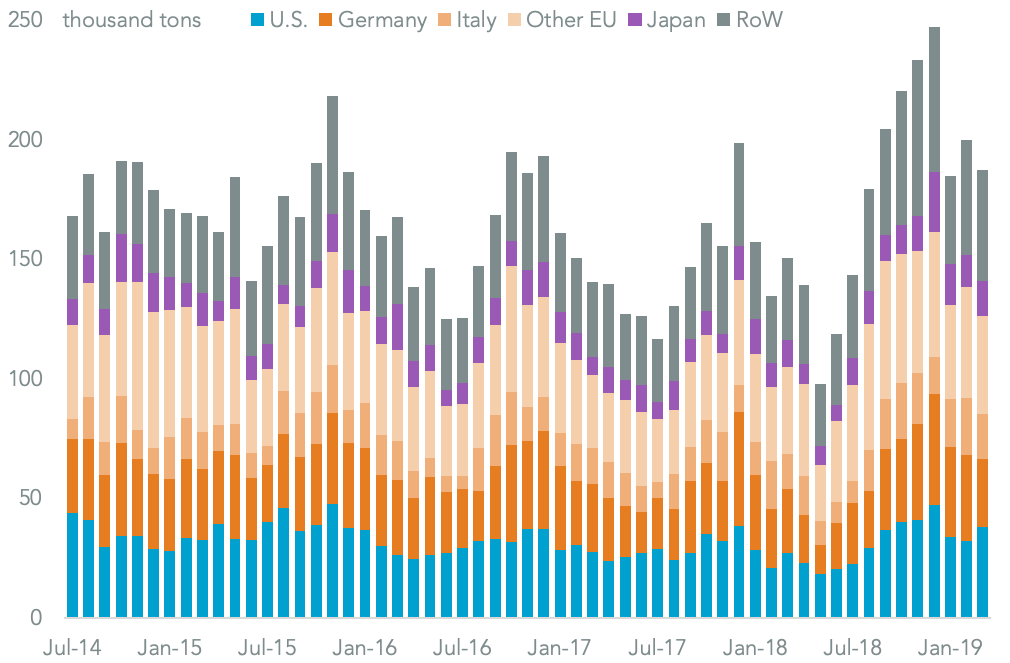 Exports from Mexico are also heavily reliant on the U.S., which represented 49.6% of the $719 million of exports in the 12 months to Apr. 30. American customers have been prioritized during the downturn in exports with a slip of 6.7% year over year in the three months to Apr. 30 compared to a 37.7% drop in shipments to other markets.

The exposure to the U.S. may become an increasing problem if the Trump administration makes good on its threats, outlined in Panjiva's research of May 31, to apply across-the-board tariffs.

The largest exporter from Mexico in the 12 months to Apr. 30 was Nestle, representing 12.6% of total exports with a decline of just 1.7% year over year in the past three months.  Nestle shipped 54.4% of its exports to the U.S. Its supply chain decision could have a profound impact on the Mexican export market.

Smaller shippers including Neumann (7.3% of the total) and JM Smucker (1.9%) have similar - though less important for Mexican farmers - decisions to make.

NESTLE'S MEXICAN COFFEE PURCHASES HAVE BEEN IN DECLINE 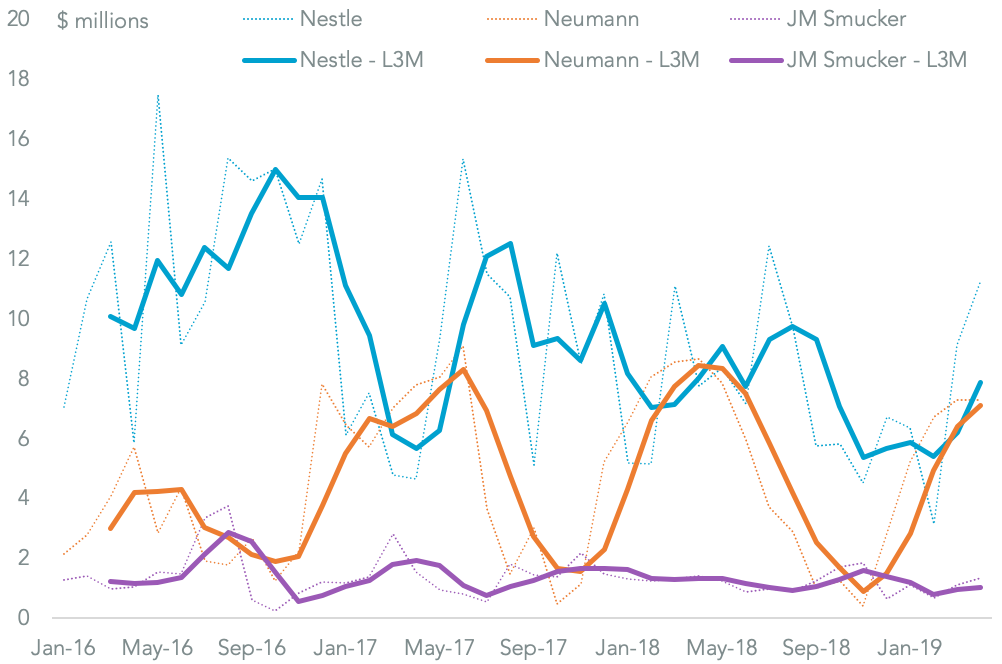