Michael Neidorff of Centene Corp. retained his spot as the highest-paid health insurance CEO, earning $26.4 million in 2019, up 1.2% from what he collected in 2018. 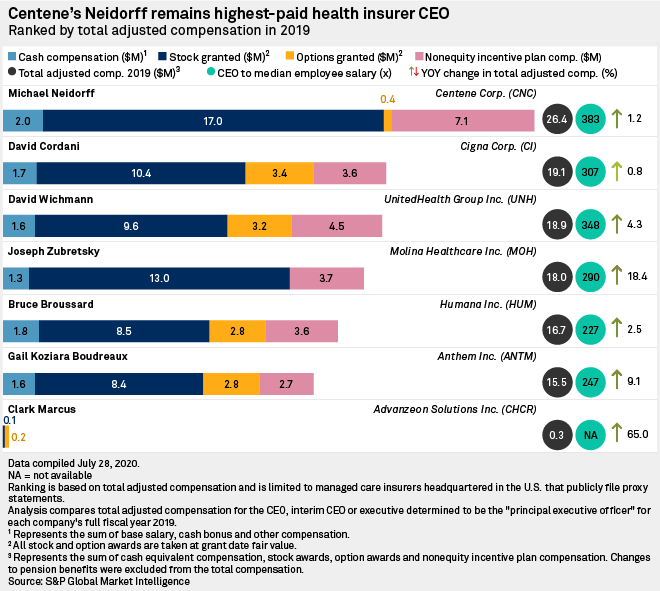