U.S. logistics employment increased for 112th straight month in November with a 1.33% year over year rise, Panjiva’s analysis of official data shows. That was the slowest rate since Oct. 2010 and was the first time that growth was slower than the economy at large – which saw non-farm payroll growth of 1.47% – for the first time since September 2013.

All the major employment categories saw slower growth or a faster decline except for warehousing which expanded by 2.7%. Rail tumbled 9.7% as the railroad companies continued to deploy so-called precision railroading technique. Potential growth for rail employment from new services like inland ports, discussed in Panjiva research of December 9, have not yet made a meaningful difference. 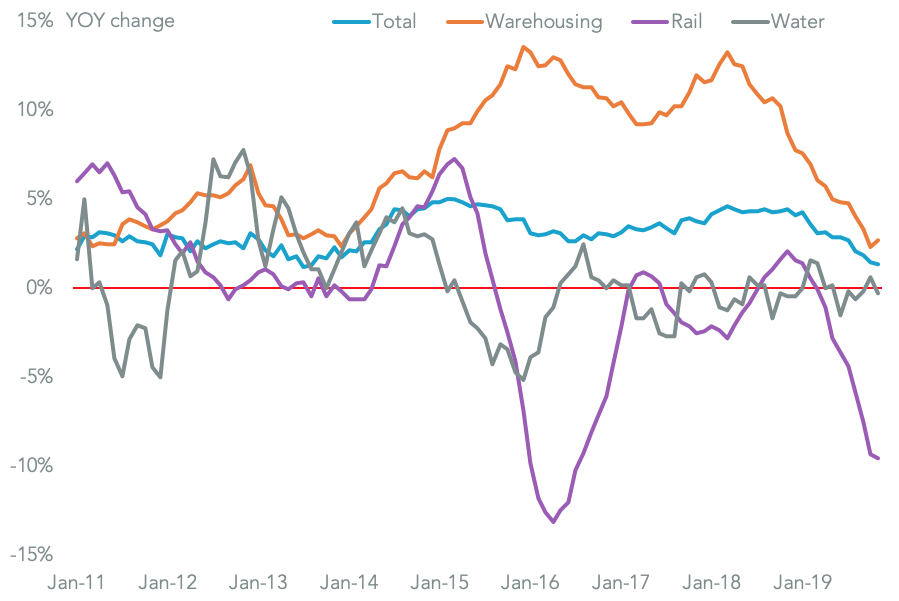 Employment in the marine and canal segment fell 0.3% after small uptick in prior month and in turn was a little worse than the three month average of a 0.2% decline. That reflects slowing traffic during the normal peak shipping season.

Panjiva data shows U.S. seaborne imports fell by 4.2% year over year in November, in part due to the trade war. That will particularly have cut shipments into west coast ports with the effect of concentrating reduced employment there.

The outlook for employment will depend in turn on the outcome of the trade war, which remains far from certain ahead of the December 15 deadline for imposition of new tariffs. 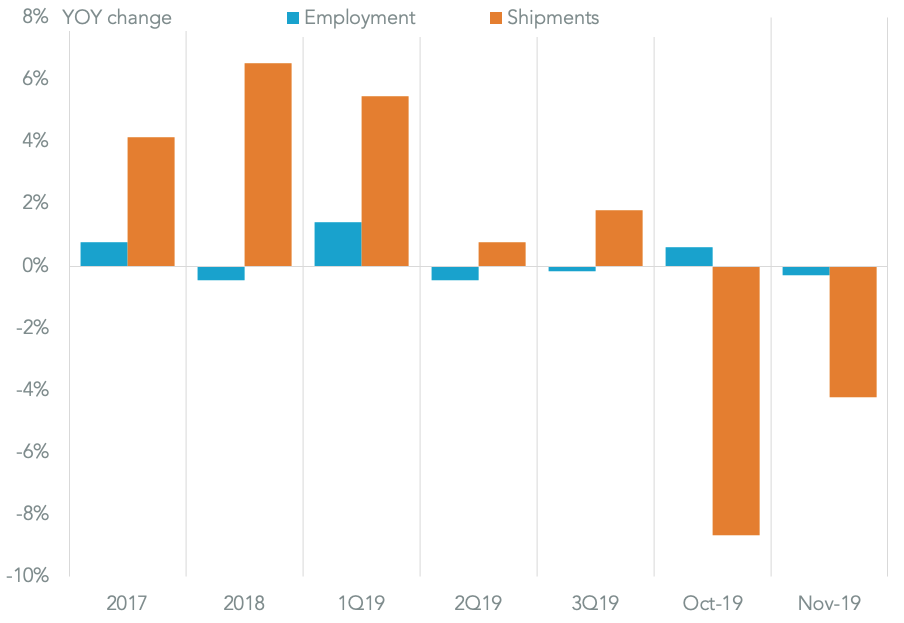