Glass' compensation increased 5.2% year over year to $15.1 million, which consists of $2.2 million in cash, $8.1 million in stocks, $1.6 million in options and $3.2 million via a nonequity incentive plan. His compensation is about 194x the median employee salary at Lincoln National.

The second-highest-paid CEO in the group was Aflac Inc.'s Daniel Amos, who earned about $14.1 million in 2019. That sum represented an 8.2% decline compared to the prior year.

Prudential Financial Inc. CEO Charles Lowrey, who took the No. 3 spot, saw his compensation rise by the largest percentage of anyone on the list. His total compensation jumped 44.4% to $14.0 million in 2019, including a $6.1 million of nonequity incentive plan.

Brighthouse Financial Inc.'s Eric Steigerwalt saw the biggest percentage drop as his compensation fell 45.4% to $8.5 million. He was the second-highest-paid CEO in 2018, thanks to his compensation soaring 687.9% from what it was in 2017. 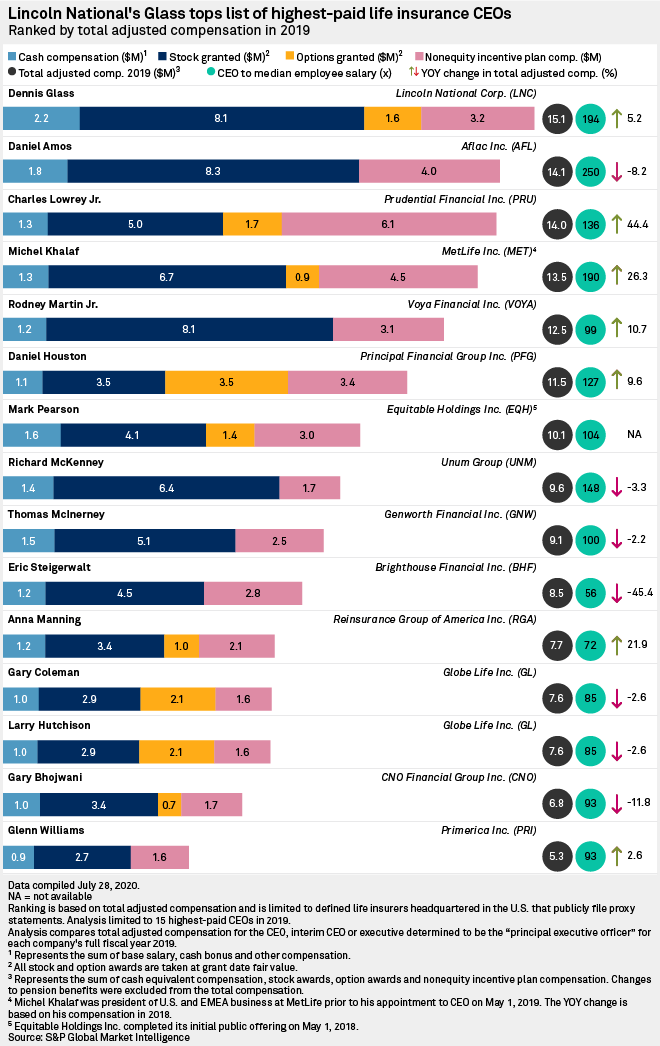