Gold projects drilled, up 11% month over month to 215, comprise more than half the total projects drilled in September. The number of minor base metals projects drilled more than doubled month over month to 128, as more tin projects were explored or extended, nearly matching the almost three-year high in June 2022. Nickel and copper led the increase among major base metals as both posted record-high counts of projects drilled for the month. Nickel projects almost doubled to 33, while copper projects grew by half to 70 — values not seen since the start of our records in 2012. Drilled projects under specialty commodities reached their highest level since March 2015 with a 24% jump to 41, mostly driven by increased drilling activities in lithium and uranium projects. 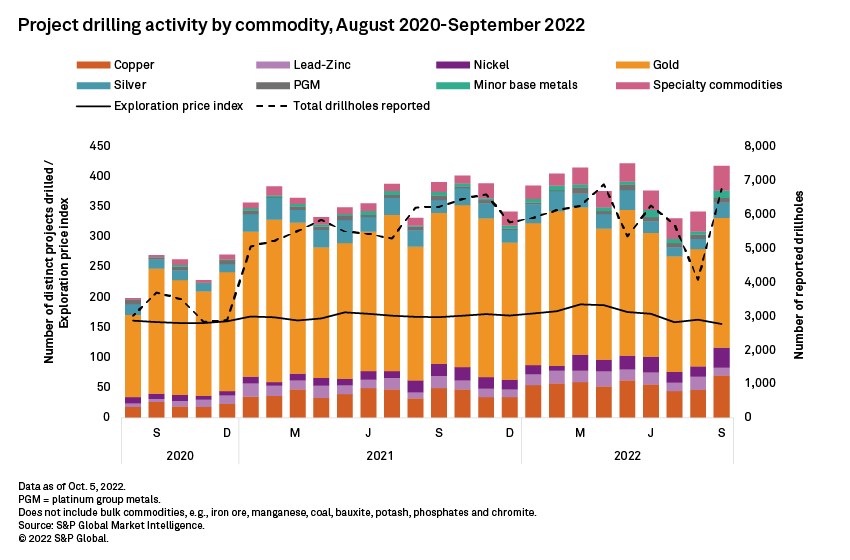 Australia remained the country with the most projects drilled at 139 — its highest monthly total in our records going back to 2012. Increased drilling in projects hosting green metals, such as copper, nickel, and lithium, contributed to this number. Canada followed in the second spot with 92 projects drilled, comprising mostly gold, nickel and copper drilling. Total projects drilled in the U.S. rose to a six-month high of 44. 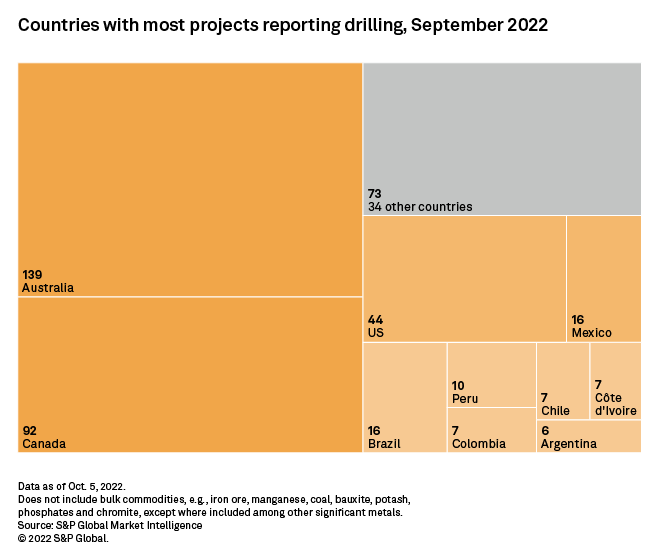 The top result for September came from Frontier Lithium Inc.'s late-stage PAK lithium project in Ontario, with a 330.7-meter intersection grading 1.79% lithium and including 67 ppm tantalum. The result comes from the analysis of some of the 34-hole, 11,150 meters of drilling completed by the company as of September. Ongoing phase XII delineation and infill drilling on the project aims to convert inferred resources to the indicated category.

The second-best result comes from Baroyeca Gold & Silver Inc.'s early-stage Santa Barbara gold project in Colombia over a 21-meter intersect grading 59 grams per tonne of gold. As of early October, the company is preparing for a 1,500-meter drill program on the project. 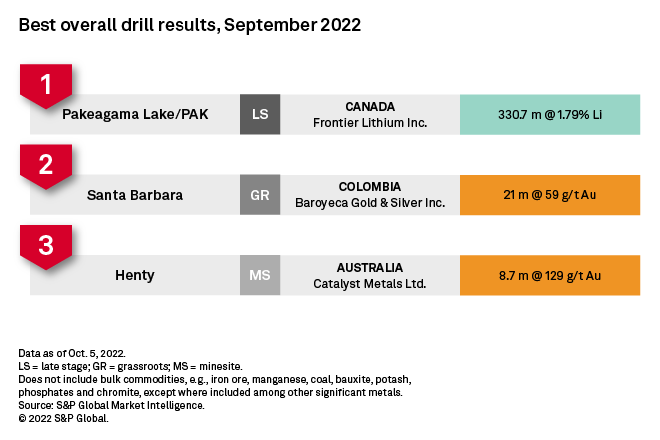 Ramelius Resources Ltd. reported the most drillholes in September, with a total of 212 scattered across its Western Australia gold assets, namely the late-stage projects Lake Rebecca and Symes as well as the Mt Magnet mine. Drilling activities across these projects are for extension purposes.

Predictive Discovery Ltd. reported the second most drillholes for the month, with 196 at its Bankan late-stage gold project in Guinea. The drilling activity is part of the ongoing resource RC drill program set to be completed in October. 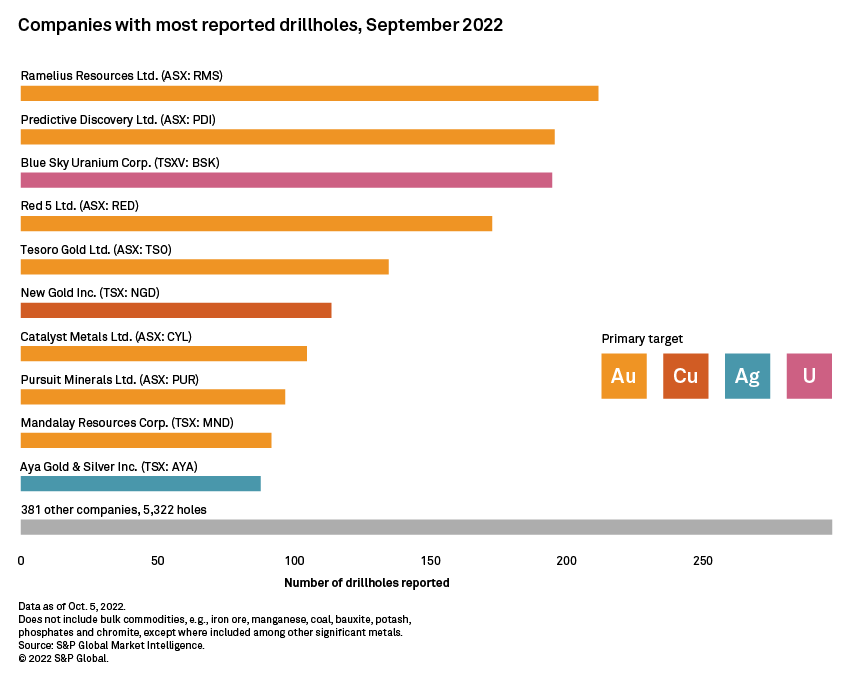