Freight forwarder FedEx has launched a new airfreight service between Miami and the Colombian airports of Bogata and Medellin, Transport Intelligence reports. That’s a sign of growth in specific airfreight lines despite a wider-spread slowdown in traffic.

Panjiva analysis of IATA shows that global airfreight handling fell 3.4% year over year in May, the fifth straight month of lower traffic. That’s largely been driven by the U.S.-China trade war – there was a 6.4% drop in handling by Asian airlines and a 1.6% slippage for North American carriers. 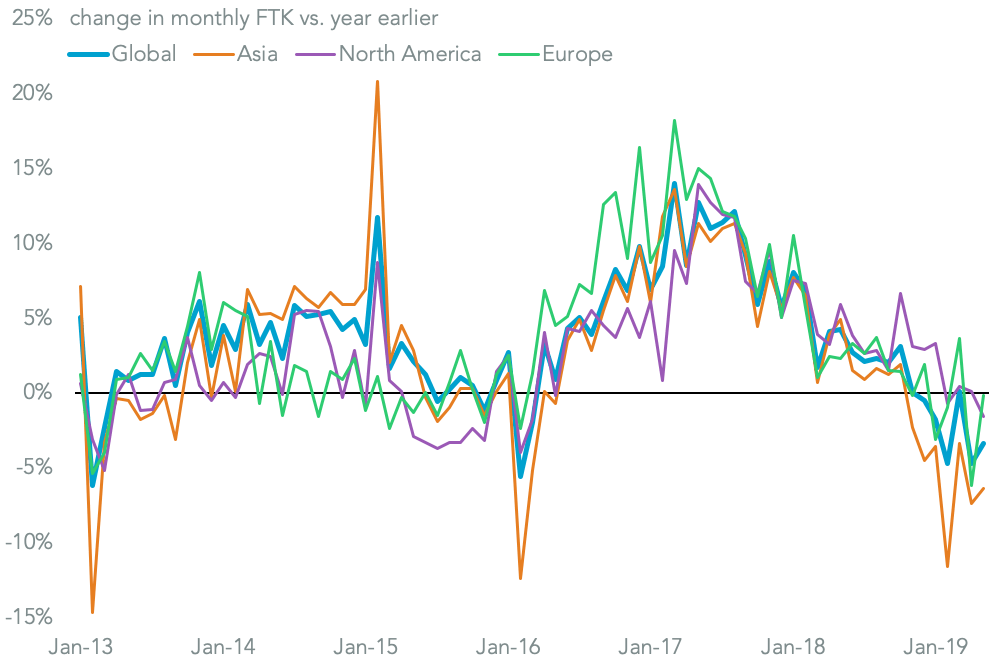 Panjiva data shows that Colombian airfreight exports meanwhile have returned to growth in 2019 with a 2.6% year over year expansion following a 7.1% drop in 2018.

That growth has not been focused on the U.S. however, with exports in the last three months down 0.2% year over year after a 17.3% slump in 2018. That would suggest FedEx expect a marked turnaround in business and / or a gain in market share resulting from the new service.

LONG-TERM DESCENT IN COLOMBIAN AIRFREIGHT EXPORTS TO THE U.S. 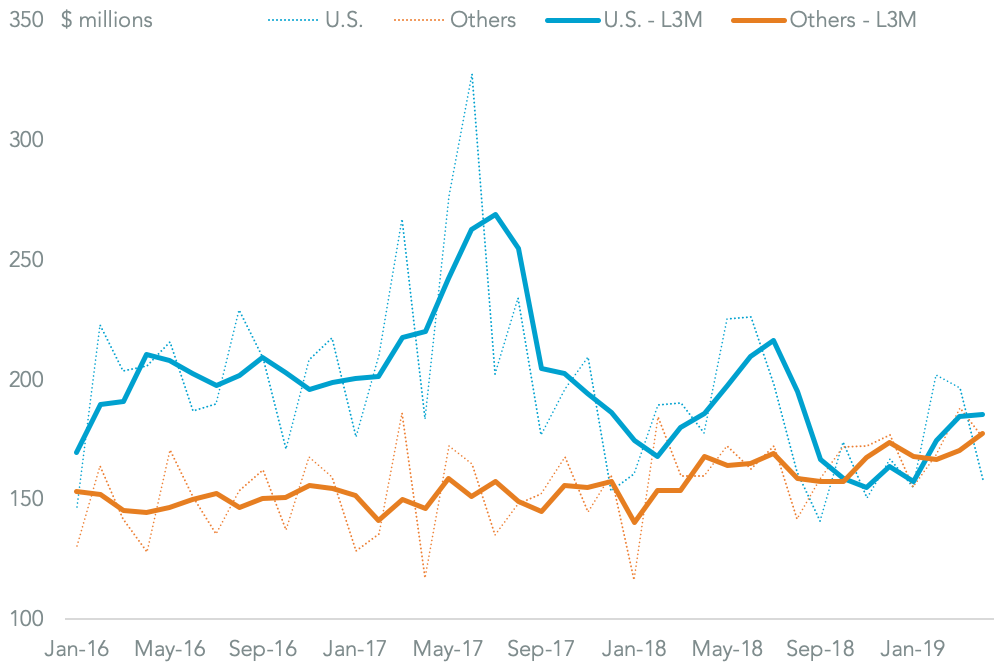 The two largest exporters using airfreight from Colombia to the U.S. are firms specializing in fresh flowers, which accounted for 54.3% of the $2.04 billion shipped from Bogota and Medellin, led by Sunshine Bouquet($160.7 million) and Queen’s Flowers ($136.1 million).

Second largest was refined gold, representing 25.0% of shipments – led by Asahi Refining with $244.5 million shipped in the 12 months to Apr. 30 and Metalor Refining at $168 million. 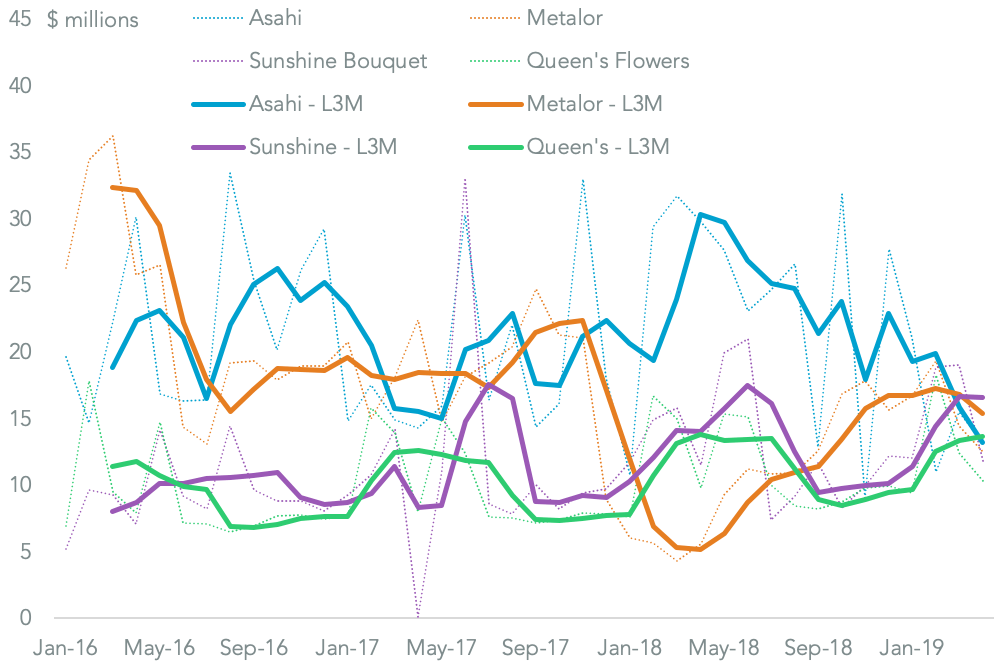 Chart segments Colombian airfreight exports to the U.S. via Bogota and Medellin by consignees on a monthly and three-month average basis for Asahi, Metalor, Sunshine Bouquet and Queen’s Flowers. Source: Panjiva