EU Dragged The Global Trade Economy Into a 2Q Downturn


EU Dragged The Global Trade Economy Into a 2Q Downturn

The recent inversion of the U.S. treasury yield curve is a reliable indicator of a forthcoming recession, MarketWatch reports. There’s already been significant evidence from international trade data of a widespread downturn in activity. Panjiva’s analysis of official data shows that EU exports fell 4.4% in Euro terms and by 7.6% in dollar terms in June.

That included an 11.0% drop in exports from Germany and 13.0% from the Netherlands while the U.K. actually saw a small improvement of 1.0% in dollar terms as outlined in Panjiva’s research of August 11. 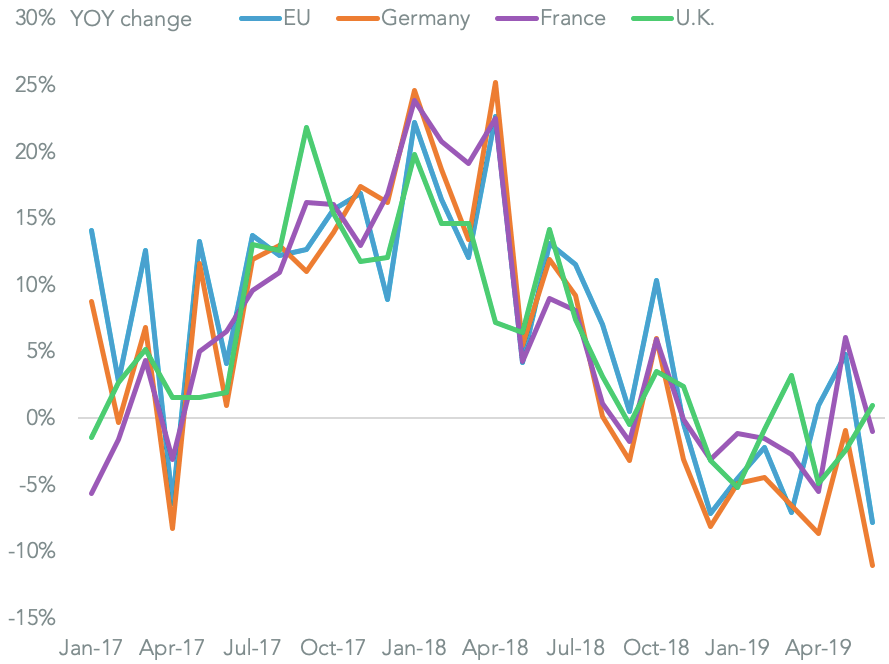 When added to data from 30 other countries globally that meant global trade in June likely fell 5.2%. That brought the second quarter to 2.2% and followed a 1.5% drop in 1Q – arguably putting the global trade economy in a technical recession.

The outlook is somewhat mixed. So far eight countries have reported data for July, Panjiva’s analysis of S&P Global Market Intelligence data indicates, most recently including a 5.1% decline from Indonesia. Three of the eight have reported an improvement including a 3.3% improvement in imports from China.
As outlined in Panjiva’s research of August 13 the phasing in of the next round of Chinese tariffs may limit risks to trade activity in the peak shipping season. Yet, the other major driver of lower exports has been the electronics industry globally where a downturn still appears to be established. 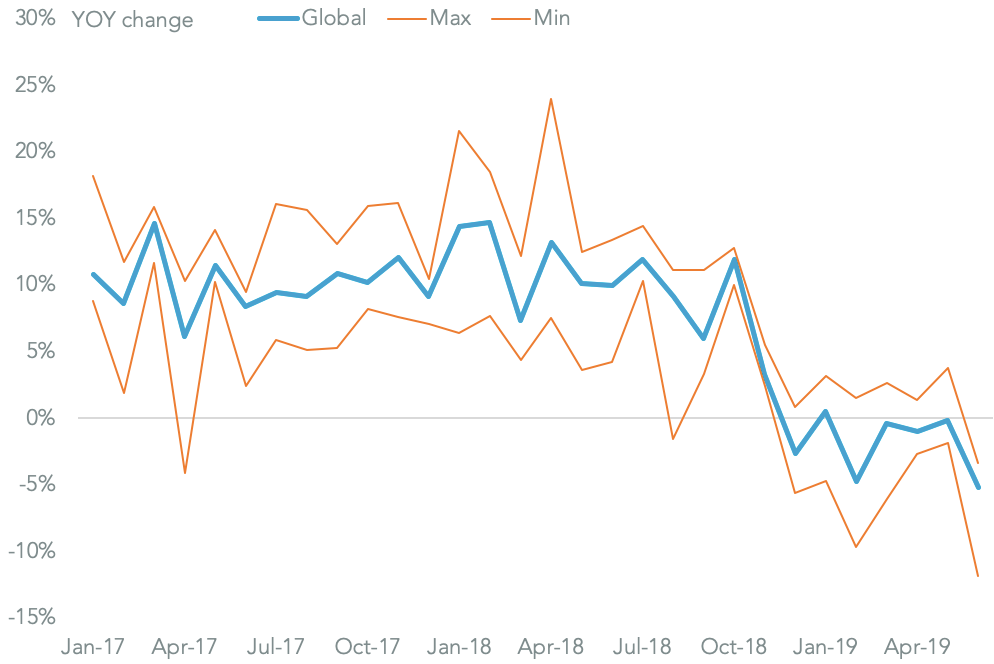