U.S. export order expectations worsened to 47.3 (below 50 contraction) from 47.9 a month earlier, Panjiva’s analysis of the latest ISM survey shows. Follows a 2.4% drop in U.S. merchandise exports in November marked the eighth straight decline, as outlined in Panjiva’s recent research.

Import order sentiment improved slightly to 48.8 in December from 48.3 in November but still remains in contractionary territory. Overall manufacturing sentiment was also down suggesting pessimism is not just about trade. On the one hand, if anything the newsflow regarding trade policy has improved recently given the announcement of a framework trade deal between the U.S. and China.

It’s worth noting though that the tariff roll-back announced in the phase 1 trade deal is only minor and so may be insufficient to make a major difference to the trade sentiment outlook.

By contrast, export sentiment for China returned to positive territory for the first time since May 2018 in the latest CFLP survey with a reading of 50.3% from 48.8% a month earlier. Less positively for Asia more broadly though is that import expectations remained at a contractionary 49.9% from 49.7% a month earlier.

Similarly Germany‘s sentiment toward exports in the IFO survey improved to a 2.6% net positive outlook likely following the avoidance of a hard Brexit for another year. Additionally Germany has yet to be affected by tariff hostility with the U.S. related to digital services taxes.

The DST issue latter may have prevented an improvement in sentiment in France where sentiment remained at the low level seen in prior three months. 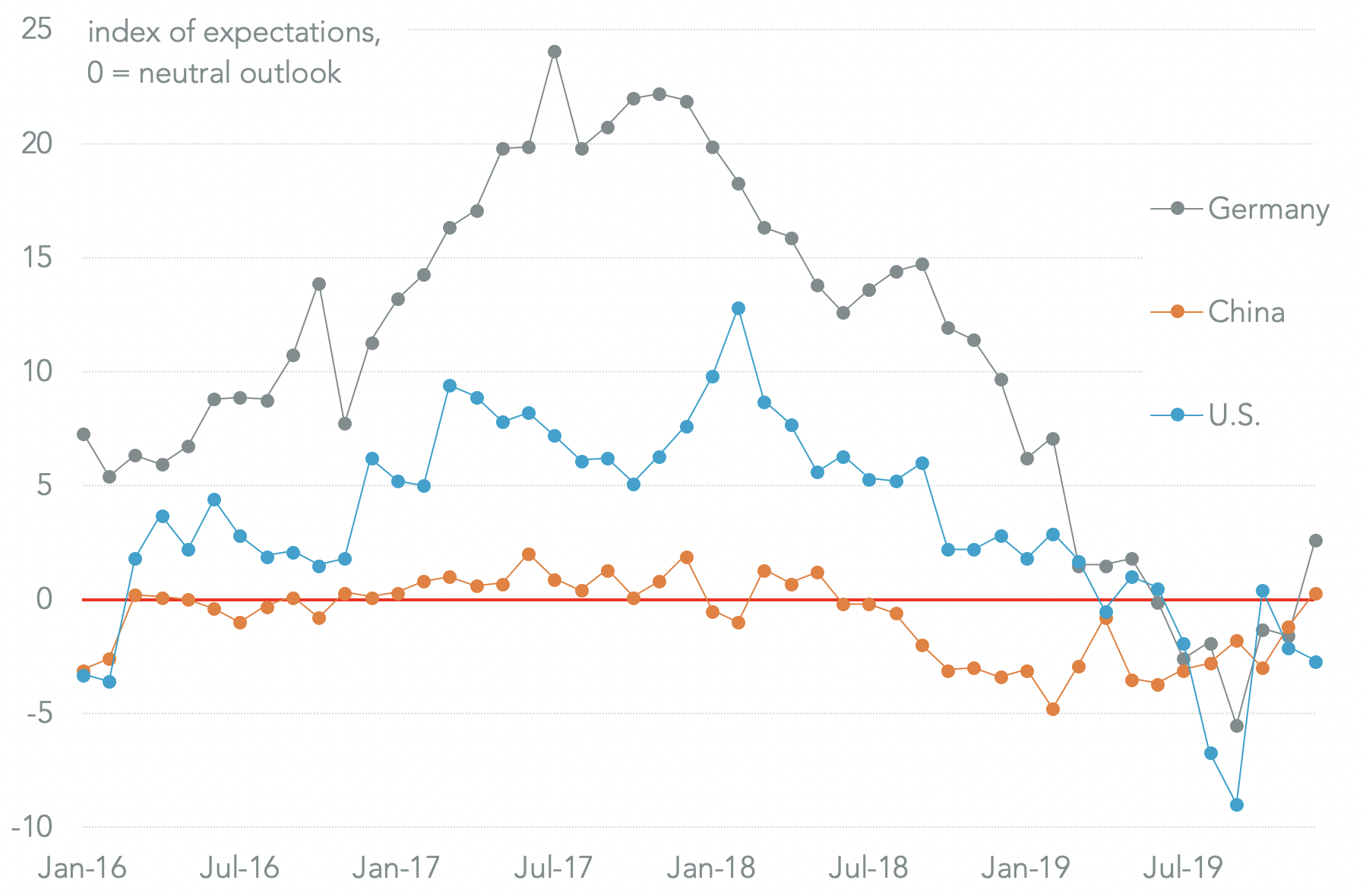