China Wins The Trade Battle in May, Looks For New Weapons


China Wins The Trade Battle in May, Looks For New Weapons

China's international trade activity fell 3.4% year over year in May, largely due to an 8.5% slump in imports, Panjiva analysis of official figures shows. The drop in imports was the worst since Jul 2016 and brought the three month average change in imports to a 4.2% decline following a 1Q decline of 4.7%.

That bodes ill for China's main trading partners. Export growth remained volatile however with a modest 1.1% increase in May - better than the "modest decline" expected by analysts according to Reuters - following a 2.7% drop previously. 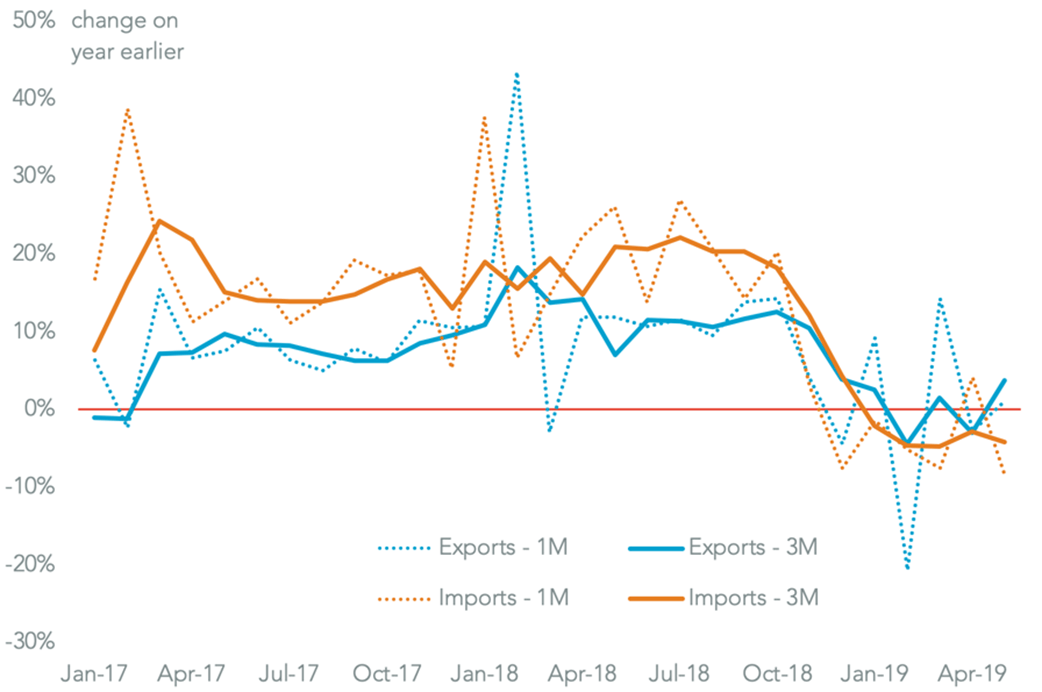 There is some evidence for a subset of exporters rushing shipments to increase tariffs, as outlined in Panjiva's research of May 10, given exports to the U.S. only fell 4.2% year over year compared to 12.9% in the prior three months. Imports from the U.S. continued their precipitous descent with a 26.8% decline.

That meant exports to the U.S. fell $1.63 billion while imports fell $3.95 billion - from a trade deficit perspective the U.S. "lost" the May trade battle on its own measure. The trade surplus of $26.9 billion was 9.4% higher than a year earlier. 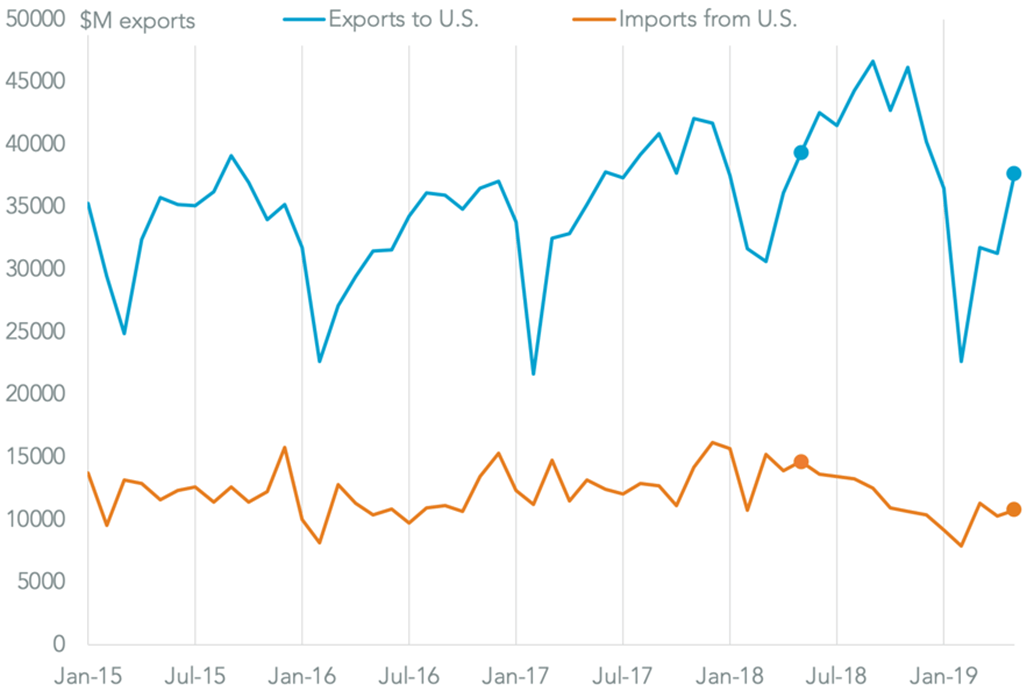 Exports to the U.S. may begin to slow as a result of retaliatory measures outside of tariff driven measure. Total Chinese exports of rare earths fell 18.4% - while that supports reported government threats to cut shipments it continues a downturn of 11.2% in the prior three months.

There will need to be a careful balancing act there given high tech products including semiconductors have been supporting growth. Exports of semiconductors rose 12.3% year over year in May, without them total exports would have risen by 0.7% not 1.1%. 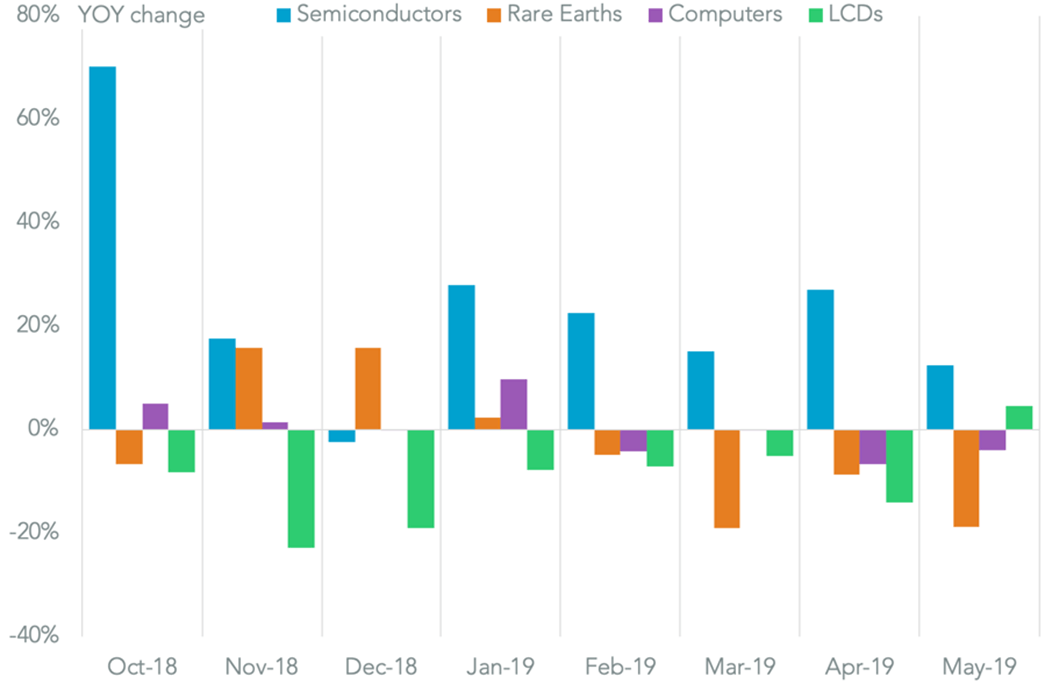