This data includes several limited issue rider cases; excluding these cases from the data, the average authorized ROE was 9.58% in rate cases decided in the first half of 2018, somewhat below the 9.68% average for the full year 2017. The difference between the ROE averages including rider cases and those excluding the rider cases is largely driven by ROE premiums of up to 200 basis points approved by the Virginia State Corporation Commission in riders related to certain generation projects.

For vertically integrated electric utilities, the average ROE authorized was 9.72% in cases decided during the first half of 2018 versus 9.8% for cases decided in calendar-2017. For electric distribution-only utilities, the average ROE authorized in the first half of 2018 was 9.18% versus 9.43% in all of 2017.

Over the past several years, the persistently low interest rate environment has put downward pressure on authorized ROEs. As shown in the graph below, the annual average ROE has generally declined since 1990 and has been below 10% for electrics since 2014, and below 10% for gas utilities since 2011. 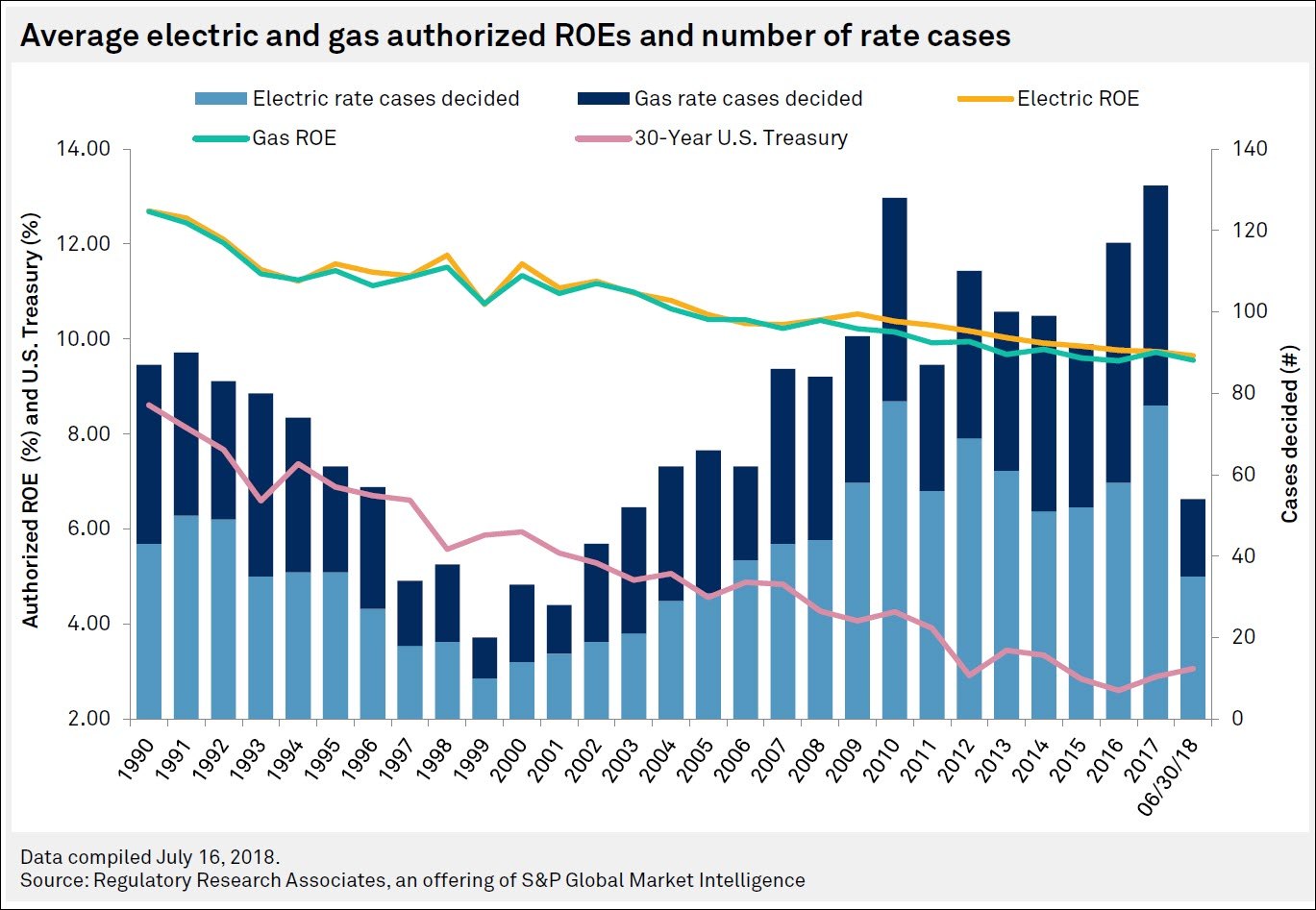 The Times They Are A-Changin' – A New Era For FERC And Transmission ROEs?

Offshore Wind Ready To Take Off In The United States