US leveraged loan default rate remains stubbornly low in May


US leveraged loan default rate remains stubbornly low in May

The U.S. leveraged loan default rate was unchanged in May, holding at a slim 1% and remaining slightly off a seven-year low of 0.93%, seen at the end of March, according to the S&P/LSTA Loan Index.

As it has been for some time, the rate is well below the historical average of 2.93%. 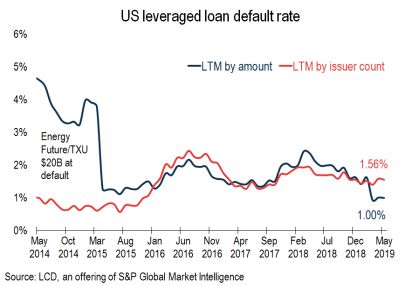 The restructuring will see asset managers Black Diamond Capital Management and MJX Asset Management leverage their 55% stake in the company’s secured debt into forcing an asset sale via a credit bid, a move opposed by the holders of the minority share of the debt led by Ares Capital Management. Ares has already made a rival bid for the assets, and has signaled in bankruptcy court filings that it intends to litigate the credit bidding of the assets. — Rachelle Kakouris