Rallying stock markets and sky-high business valuations led cash-rich private equity firms to turn to other sponsors for acquisition targets in 2017. As a result, secondary buyouts (SBOs), as a share of all LBO financing transactions in the U.S. leveraged loan market, hit a record high of 65% in 2017, according to LCD. 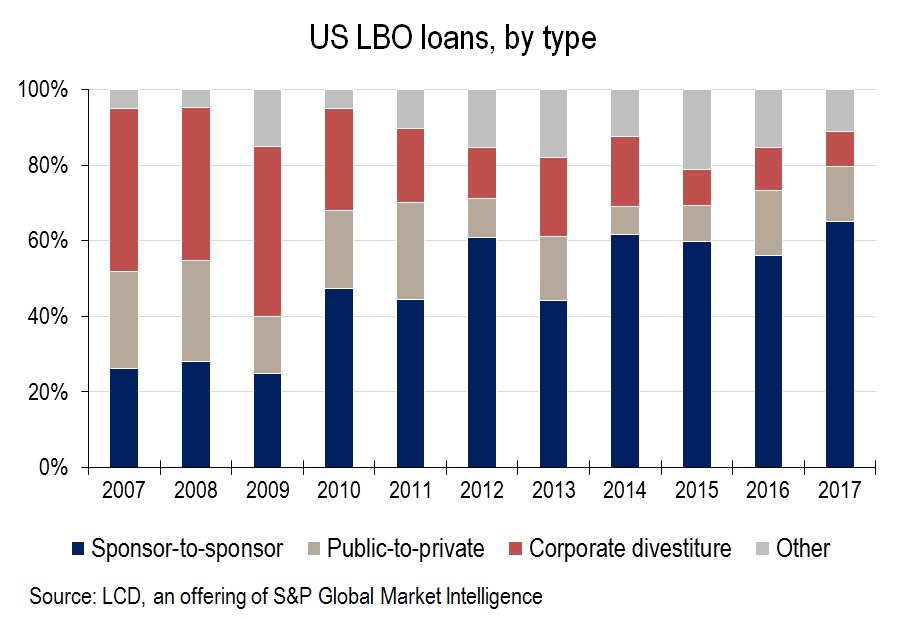 “Not only are we actively buying from private equity, but we’re actively selling to private equity, and in almost equal amounts,” explains the head of a large buyout firm. “It’s been an active strategy of ours since the beginning, but the opportunity is different now than it was then, when there were thousands of companies that the IPO market had shut out.”

All-in, PE sponsors raised $55.8 billion in the leveraged loan market to fund secondary buyouts in 2017, including $49.2 billion of institutional issuance. That’s the most ever, and is 10% higher than the prior record, $50.6 billion in 2014. 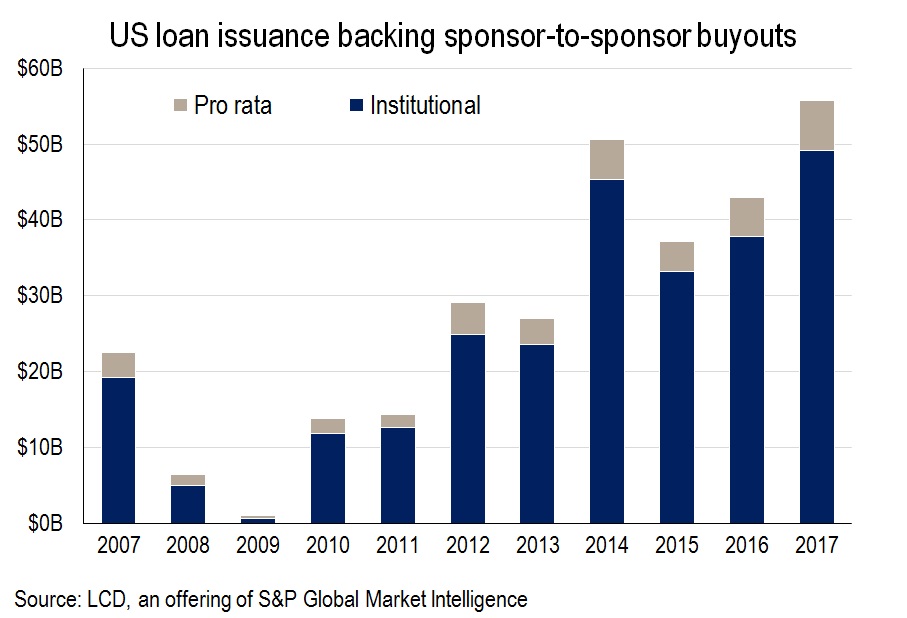 Investors have been eager to allocate capital into the private equity space, an appealing asset class in what has been a stubbornly low-yield investment environment. That appetite for juicier returns drove fundraising to new heights last year, with dry powder at U.S. PE firms rising to $565.9 billion in 2017, according to Pitchbook. Of course, those shops are inclined to put that money to work.

The challenge has been finding good-quality targets in an expensive market. Given the mounting demand, purchase price multiples for LBOs hit an all-time high of 10.6x in 2017, according to LCD, marking the third straight year above 10x. Secondary or tertiary buyout multiples rose to 11.1x at the same time, likewise a record. — Jon Hemingway/Mairin Burns