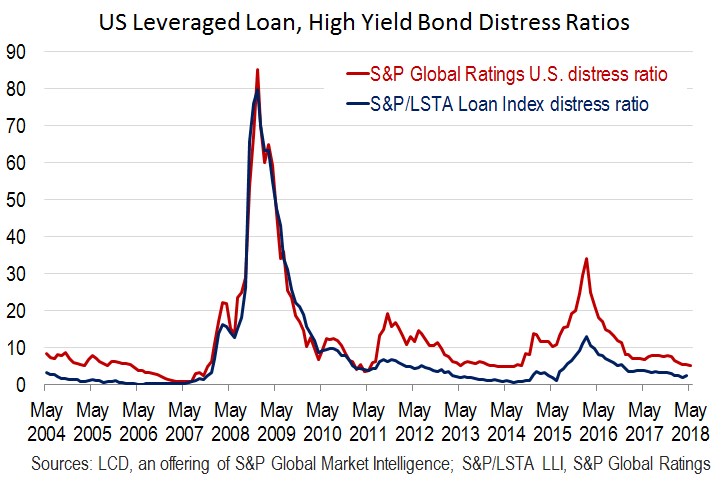 Thanks to a decade-long stretch of low interest rates, which has made it easier for troubled companies to kick the debt can further down the road, the already-scant opportunity for funds looking to buy up paper at distressed levels continues to shrink.

A seventh consecutive decline in the U.S. distress ratio has pushed the share of bonds trading in excess of 1,000 bps over the risk-free Treasury rate—the common measure of distress—to its lowest level in 3.5 years. At just 5.2%, it is significantly below the post-crisis high of 33.9% from February 2016, according to S&P Global Fixed Income Research.

In dollar terms, that equates to just $48 billion, merely a hair’s breadth from the near-four year low of $46 billion reached last month, and just 15% of the February 2016 high of $328 billion.

The dearth of opportunities is even more stark in leveraged loans, where the share of performing loans in the S&P/LSTA Leveraged Loan Index trading below 70 cents on the dollar (a level normally associated with deep distress and significantly high default risk) fell to just 0.56% as of May 30, the lowest it has been since December 2014. – 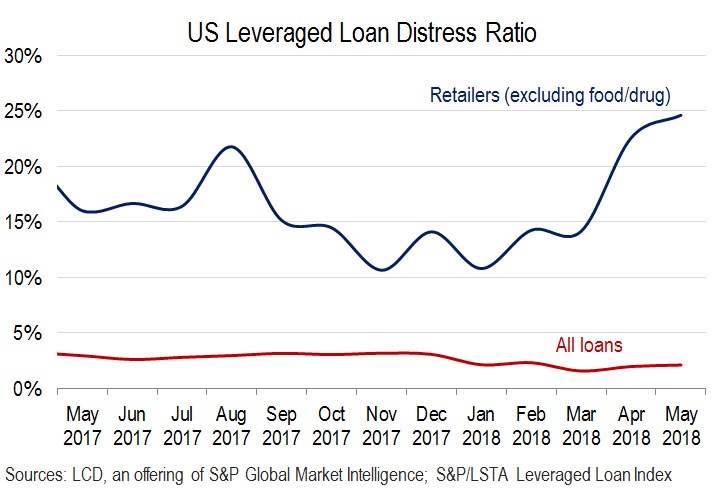 One area where this is distress, of course, is retail, where the rate recently hit 24%, and in cosmetics/toiletries (32%, though that’s entirely driven by one loan issuer: Revlon). Both of these numbers are post-crisis highs, according to LCD.

While those numbers are eye-catching, the retail segment does not constitute a significant segment of outstanding leveraged loans, so the amount of paper involved is not large. – Rachelle Kakouris