On the face of it, a San Francisco-based insurance technology company starting out in a different state — Colorado — might seem puzzling. But if one digs into data on the Centennial State, it starts to make sense. Colorado had the third-highest percentage increase in private auto direct premiums written in 2018 and has favorable characteristics in terms of population and the amount that people drive.

The company, Noblr Inc., offers telematics-based insurance policies, which reward drivers with discounts for safe driving behavior, similar to Ohio-based startup Root Inc. In Noblr's June 20 launch announcement, CEO Gary Tolman cited Colorado's "dynamic population of people who are on the go and who care about making our world a better place." While "dynamic population" could mean many things, it might refer to the explosive population growth within the state, and the Denver area in particular. 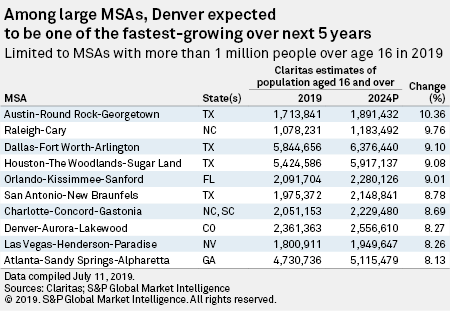 Noblr has its eye on Texas next, based on product filings submitted to state regulators, which also seems like a wise move based on population trends.

In general, a thriving population is a positive sign for business conditions. But there might be more useful statistical indicators when it comes to the private auto insurance industry specifically. We ran a multiple linear regression, on a national level, using a series of independent variables — vehicle sales, vehicle miles traveled and gas prices — to see if they helped explain private auto premium trends. After a log transformation of the variables and two rounds of differencing to make the time series stationary (i.e. remove the effects of trends and seasonality), the variable that appeared to be most meaningful was vehicle miles traveled. 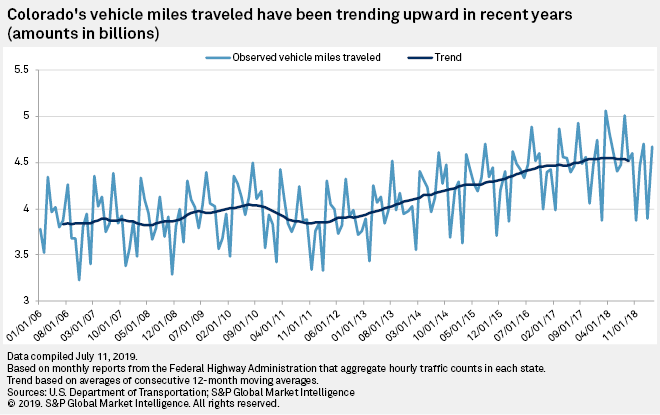 To continue reading on the Market Intelligence platform