This one-month slowdown is something market participants may want to watch for any further signs of lower issuance in the second half of the year.

CUSIP request volumes for corporate and municipal issuers slowed in July, reversing the significant gains realized over the previous month.

Municipal volumes also decelerated in July, following three straight months of volume increases. The aggregate total of identifier requests for new municipal securities – including municipal bonds, long-term and short-term notes, and commercial paper – fell 10.1% versus June. However, requests for short-term notes with maturities of less than one year increased 31.8% from June during the annual peak season for note issuance. Overall municipal volumes are up 11.9% year over year. 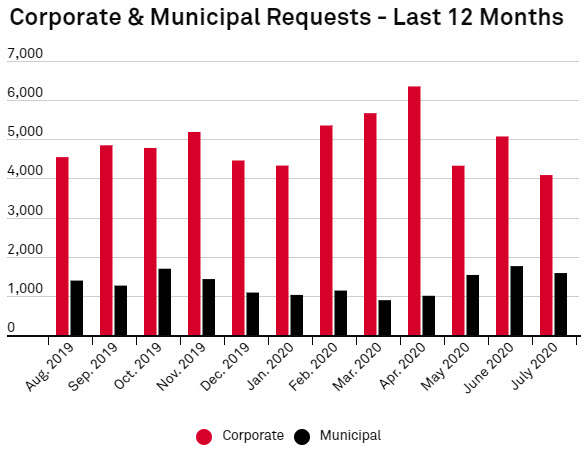 Among top state issuers, New York, Texas and California were the most active in July. New York's total increased by 10% month over month, Texas' tally jumped 18% and California-based issues fell 32% in July. New Jersey and Pennsylvania round out the month's top five. 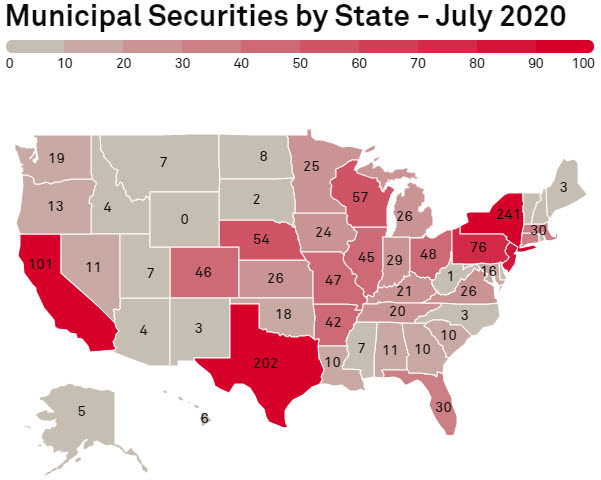 While annualized volumes are still telling a story of relatively healthy capital markets, this one-month slowdown in request volume is something market participants may want to watch for any further signs of lower issuance in the second half of the year.