More than three-quarters of fixed-line broadband subscribers in the Asia-Pacific region were on a fiber connection as of year-end 2019, according to Kagan analysis.

Among our 15 surveyed countries, all but three — India, Pakistan and the Philippines — have a broadband sector where fiber to the premises, or FTTP, is the dominant platform. Our data further shows that 341.3 million households had access to ultra-fast services with download speeds of 100 Mbps or above as of 2019, a 74.6% share of all broadband subscribers in the region. 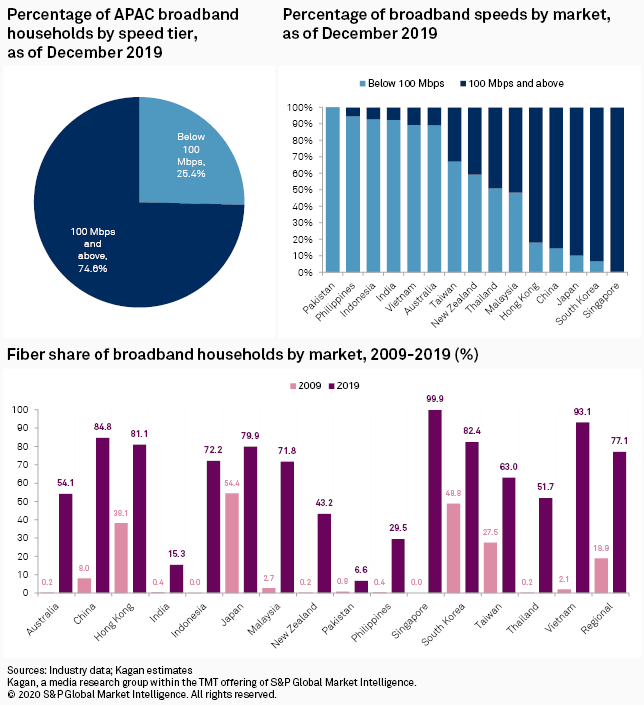 For most markets, growth of fiber adoption has brought subscription costs down. Our measure of service affordability shows that broadband plans of 100 Mbps or above generally cost no more than 2% of a country's per capita gross national income purchasing power parity, or GNI PPP, with services being the most affordable in Hong Kong, Singapore and China. 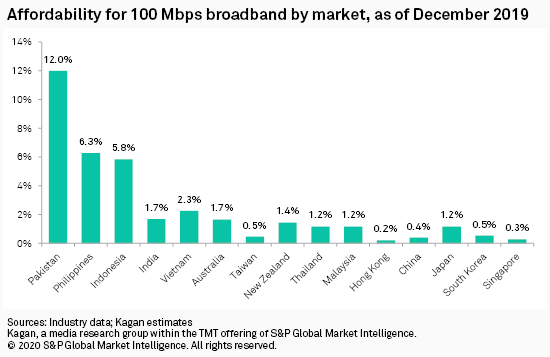 With the global COVID-19 outbreak and subsequent lockdown and stay-at-home enforcements in most of the APAC region, many countries have reported spikes in broadband traffic over the past few months. Internet congestion has put pressure on networks and caused broadband speeds to deteriorate.

According to the Ookla Speedtest Global Index, the average download speeds for fixed broadband fell for most countries in APAC during March and April, when the pandemic was at its peak in most parts of the region. Mainland China, South Korea and Taiwan experienced declines in broadband access speeds as early as January, due to these territories being hit first by the disease. During this period, Ookla data shows that Taiwan, the Philippines and South Korea each had month-to-month speed slowdowns of more than 20%.

With the exception of India, internet speeds began to recover in most APAC markets since April or May, and by the end of June have even reached new all-time highs according to Ookla. At an average of 208.16 Mbps, Singapore is the clear leader in the region, mostly driven by the city-state's transition to an all-fiber nation. On the flip side, Pakistan had the slowest average speeds at 8.87 Mbps, as of June. 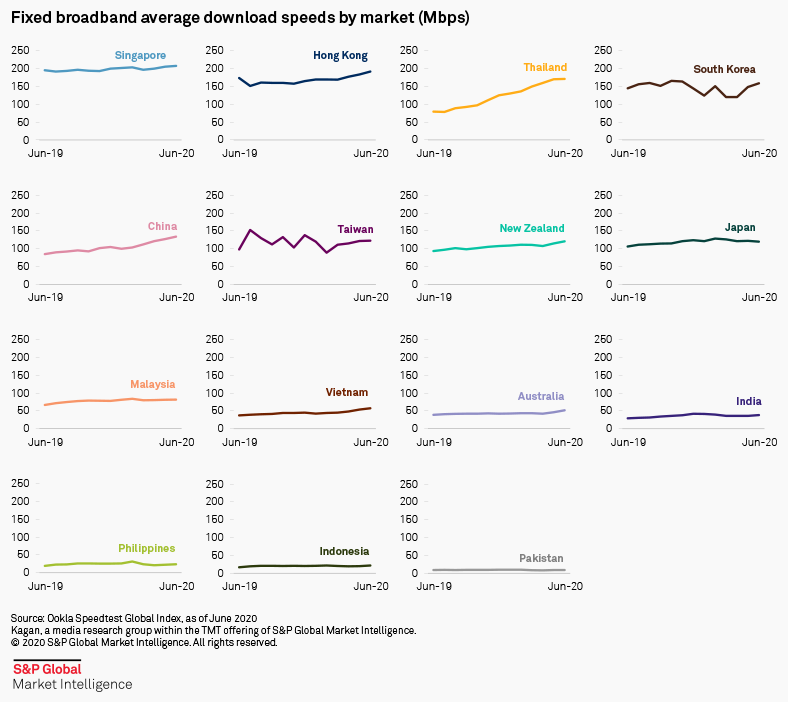