HSBC, which held €2.440 trillion in assets at 2020-end, dropped to second place after topping the list for eight consecutive years.

La Banque Postale SA made the biggest jump in the list, rising to 17th place from 32nd. The French bank, whose assets surged to €737.18 billion at 2020-end from €271.68 billion a year ago, also made a huge leap in the global banks ranking to the 42nd spot from 89th. In 2020, La Banque Postale took over CNP Assurances SA and signed a deal with Natixis SA to merge their fixed income and insurance-related asset management businesses.

CaixaBank SA also moved up the list to 18th spot from 25th place. The Spanish bank's assets jumped to €661.36 billion from €391.41 billion in the previous year following its all-share merger with Bankia SA.

Germany is home to seven of the 50 largest European banks, the most of any country, followed by France and the U.K. with 6 banks each. 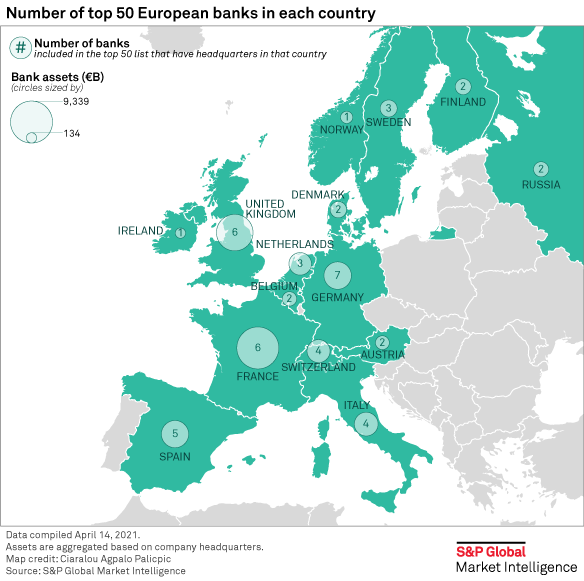 Download the full report of the world's 100 largest banks here.