Distribution revenue at US cable network companies rises 9.3% in Q2'21


Distribution revenue at US cable network companies rises 9.3% in Q2'21 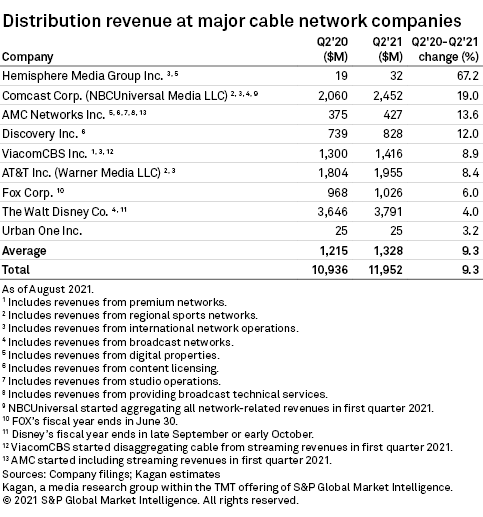 Hemisphere Media Group became the sole owner of Pantaya LLC on March 31, 2021, and subscription revenue generated by the subscription streaming service is now recognized in the company's reported distribution revenues. The Pantaya service is nearing 1 million subscribers, with a goal of reaching about 2.5 million by 2025.

On the company's earnings call, CEO Alan Sokol announced an agreement with Alphabet Inc.'s YouTube TV to carry Cine Latino, WAPA América and Pasiones, with launches expected before year-end. Sokol is optimistic that the YouTube launch will lead to additional launches on other major virtual multichannel video programming distributors.

Distribution revenue at NBCUniversal's regional sports networks was negatively impacted in the second quarter of 2020 by credits paid to consumers for fewer live sporting events, which resulted in a favorable year-over-year comparison. The company also forged new carriage agreements with higher rates at the end of 2020, which contributed to the year-over-year growth in revenue. 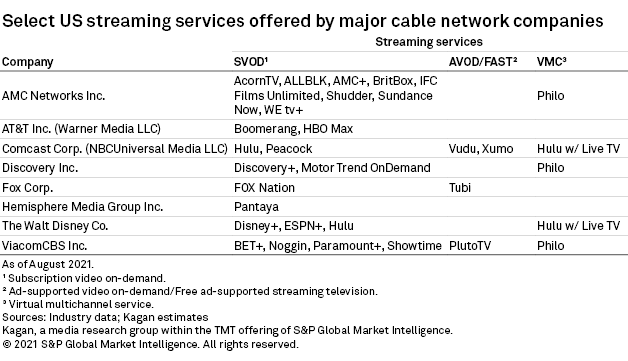 Discovery Inc. was the fourth company to grow reported distribution revenues by double digits, recording a 12.0% year-over-year increase in the second quarter. Speaking on the company's earnings call , CFO Gunnar Wiedenfels noted that distribution revenue growth was primarily driven by a growing Discovery+ subscriber base. Discovery sold Great American Country in the quarter, which had a negative impact on revenues.

The Discovery U.S. Networks business segment derives only 42.0% of its total revenue from distribution, which is the smallest portion of any group in our database. 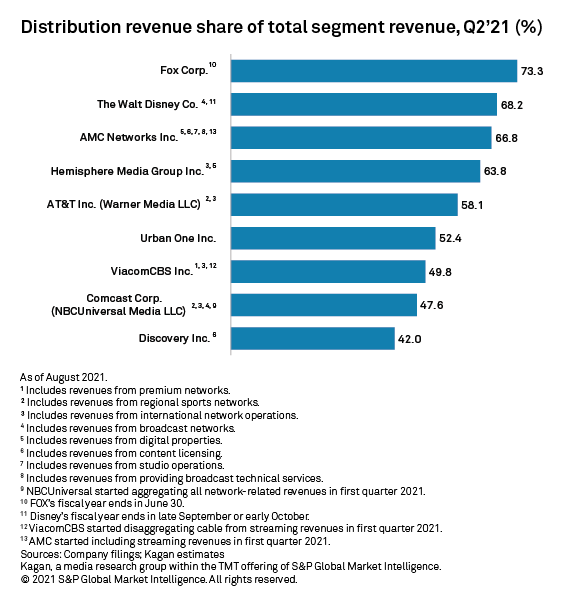 U.S. basic cable networks owned by Fox Corp. generated the highest concentration of total segment revenue from distribution revenue in the quarter, with its $1.03 billion equating to 73.3% of the total. On the company's earnings call, management cited double-digit pricing growth at FOX News Channel as being a key driver to the overall strength. Future distribution revenue growth at FOX is expected to slow in the next few quarters, as the company will catch up with year-over-year comps from a previously favorable renewal cycle.

Looking at the first half of the year, all nine U.S. cable network groups were able to grow distribution revenue at a combined rate of 6.8%. 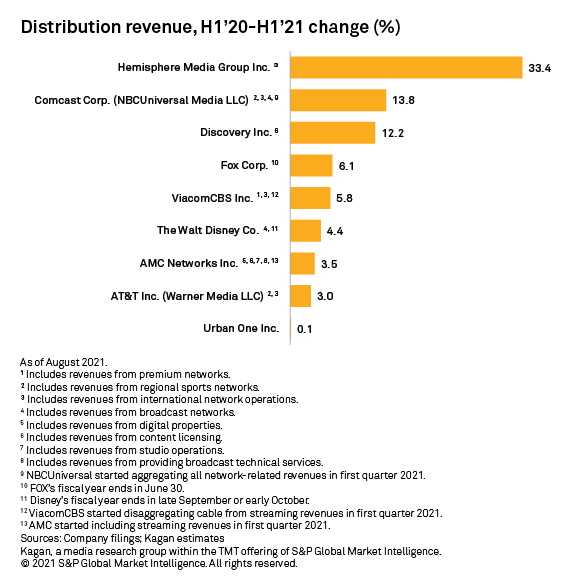