Chip shortages stick around while the world waits for more capacity


Chip shortages stick around while the world waits for more capacity

The pandemic-fueled global semiconductor shortage has broadly affected the consumer electronics, computing and telecommunications equipment segments, and a quick resolution is complicated by infrastructural challenges endemic to a sector long accustomed to boom-bust cycles. The years-long lead times needed to get a new fab up to speed for volume production will result in the inability to see a noticeable impact to semiconductor supply before 2023 at the earliest. While chip manufacturers have made moves to address shortages, many are being cautious as the investment required is substantial and the return on their capital expenditure investments is not guaranteed.

Unsurprisingly, the consumer electronics and network infrastructure sectors have been more affected by the semiconductor shortage than other industries due to their technologically sophisticated products with high semiconductor content. Some segments covered by Kagan are already affected: 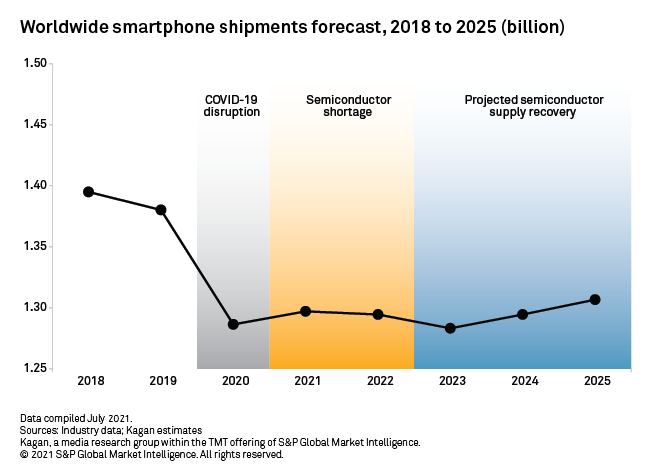 Semiconductor component manufacturers have already publicized investment plans to alleviate the situation. Notably, Taiwan Semiconductor Manufacturing Co. Ltd. announced its plan to invest about US$100 billion in capex from 2021 through 2023 while Samsung Electronics Co. Ltd. mentioned that ongoing capex as of the first half of 2021 was at US$20 billion. Other semiconductor manufacturers, such as Intel, SK Hynix Inc. and United Microelectronics Corp., made similar announcements. 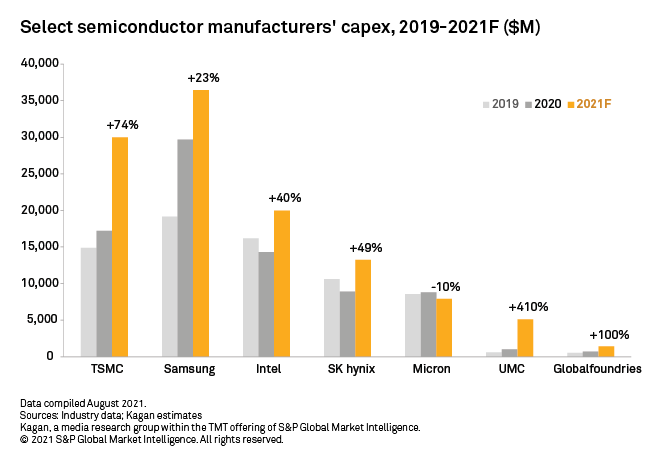 All of these investments being made now will not have immediate results as these facilities generally take two to three years to come online. Given that lead times for products like networking equipment have been extended, it stands to reason that some semiconductor suppliers are already booked to capacity well into 2022 and that this is likely the case in other segments as well.

The earliest we can start to see the fruits of the investment announcements and the time when these shortages will finally begin to ease is in 2023. Until then, however, chip manufacturers can only further optimize their current manufacturing procedures for greater yields and crank out as many chips as they can to satisfy the world's demand.

MI clients can access our full report that takes a closer look at the chip shortage with additional details and insights into the capex investments made by the semiconductor component manufacturers.