#ChangePays: Although Still Underrepresented, Women in the C-Suite are Driving Profitability


#ChangePays: Although Still Underrepresented, Women in the C-Suite are Driving Profitability

In one of the most comprehensive studies of its kind, a new report examines the performance of firms that have made female appointments to their CEO and CFO positions.

The study finds that firms with female CFOs are more profitable and have produced superior stock price performance.

To find out what females are doing differently than males to drive this financial and operating performance, download the full research below.

The New York Times noted that “fewer large companies are run by women than by men named John”, in an article published in 2015. “The Johns” were in second place by year-end 2016, but not by much. Although female executives remain grossly underrepresented in the C-suite, this small victory for gender inclusion underscores a changing dynamic. Did this change pay?

In one of the most comprehensive studies of its kind, a new report from the S&P Global Market Intelligence Quantamental Research Team examines the performance of firms that have made female appointments to their CEO and CFO positions. This work provides a number of significant empirical insights:

Firms with female CFOs were more profitable and generated excess profits of $1.8 trillion

The study finds that firms which appointed a female CFO had a larger quarterly gross profit and larger EBITDA, relative to the firm’s asset base, by 10.2% and 7.5%, respectively. Moreso, these firms were able to widen the profitability gap in the first 24 months after appointing a female CFO, underscoring the skill of their newly appointed executive. 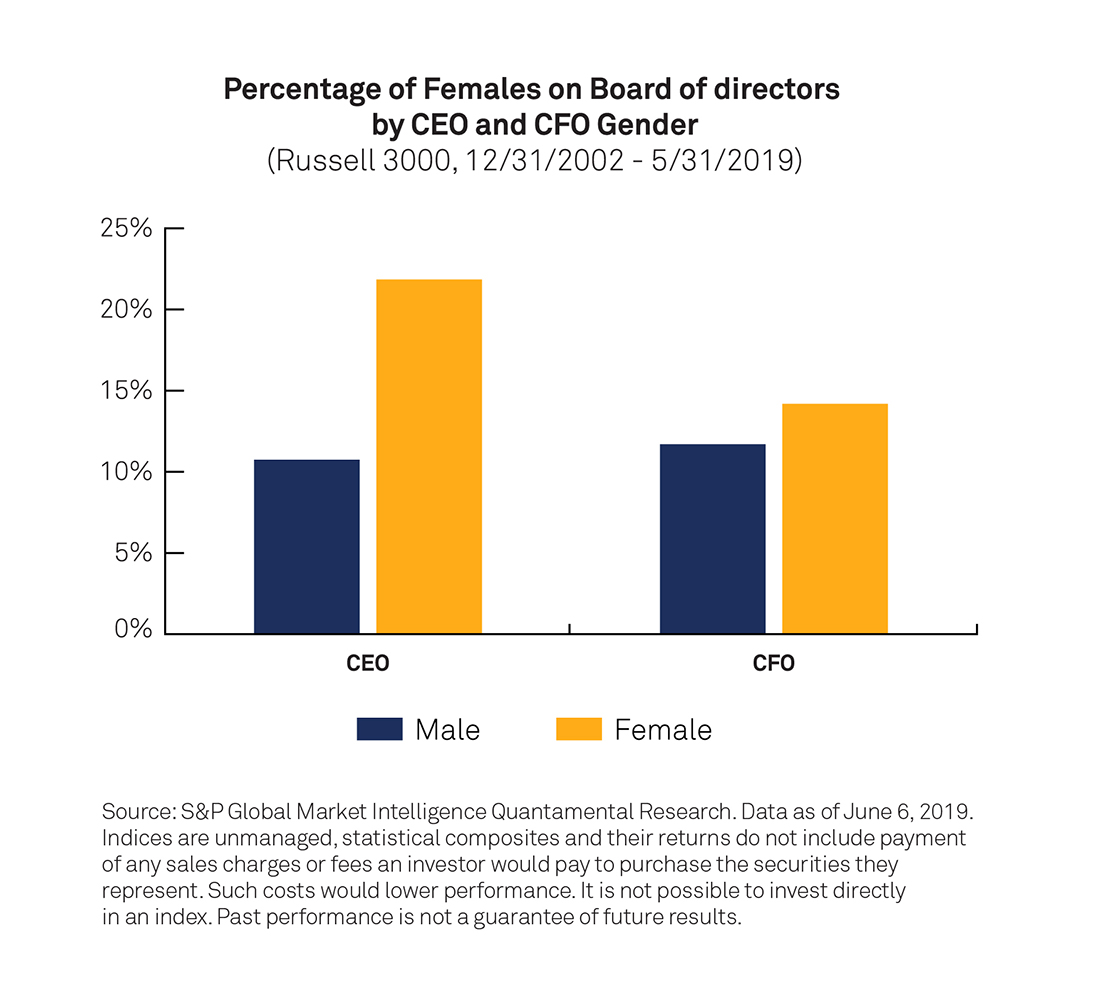 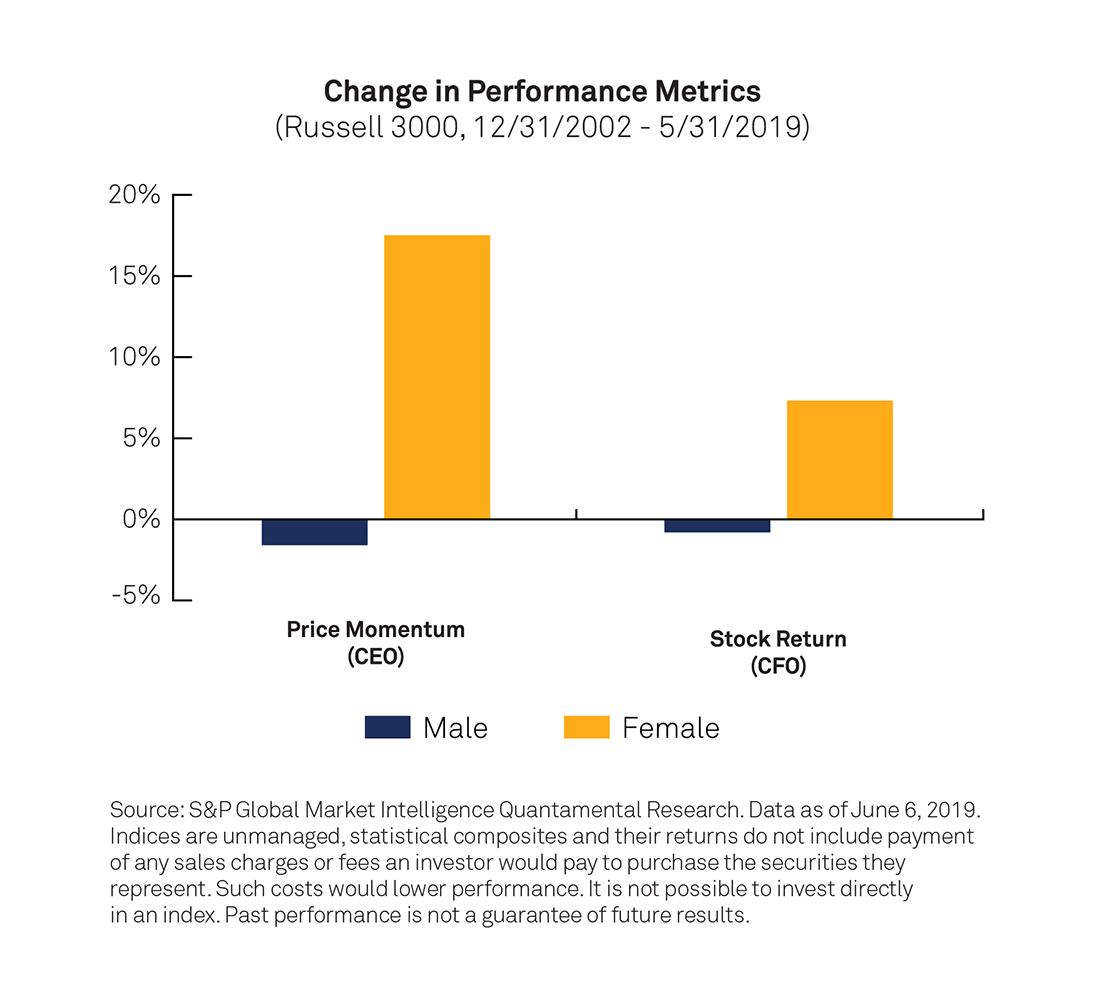 The figure on the left shows the difference between the percentages of females on the firms’ board of directors by the gender of the CEO and CFO. The report finds that firms with a female CEO have a board of directors comprised of 23% females, compared to just 11% for firms with a male CEO. Although the same comparison is not as stark for the CFO position (14% vs. 11%), the results were directionally and statistically consistent. The larger number of females across multiple positions within a firm is an indication that firms adopt a culture of diversity and inclusion (D&I).

On the right, the figure shows that firms with female CEOs saw an increase in stock price momentum, a measure of positive price trend, and female CFOs saw larger stock returns, compared to their male counterparts in the executives’ first 24 months in office. 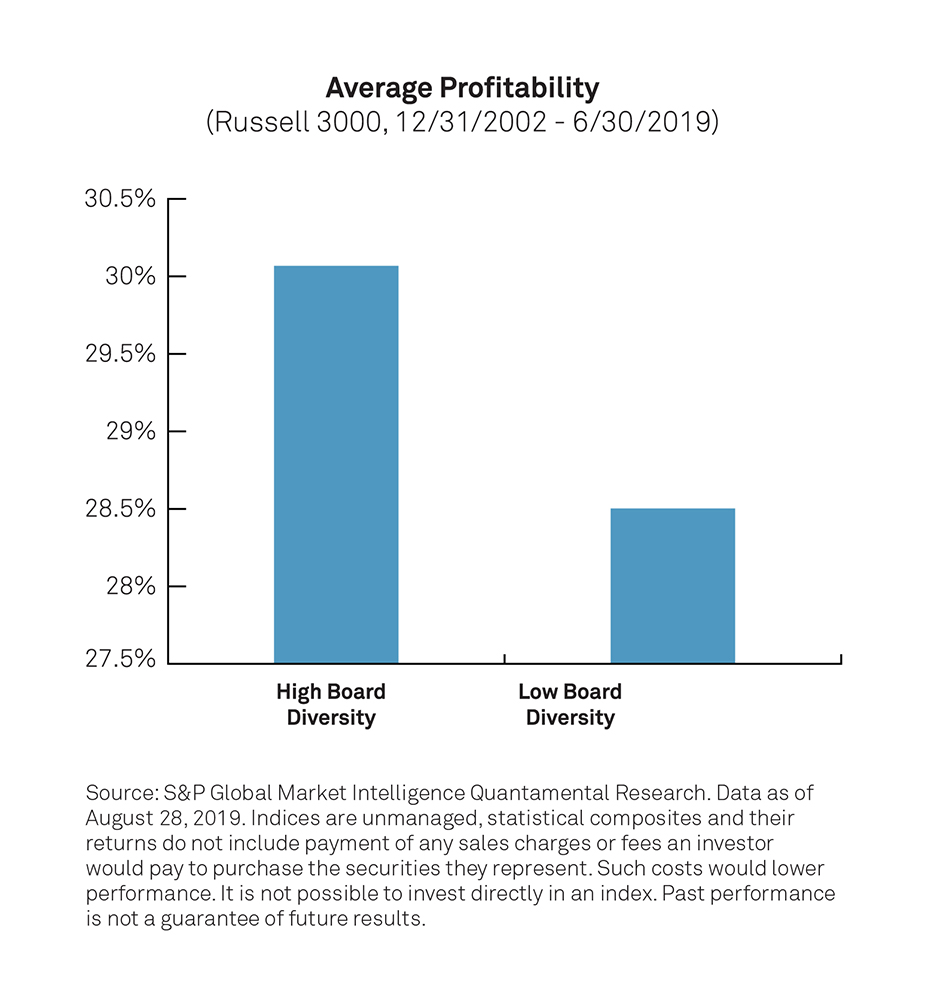 Firms in the study were separated into high and low board gender diversity, at each date cross section. (Diversity assignments were performed within each Global Industry Classification Standard sector and then combined to form sector-neutral high and low groups.) Those with high gender diversity had a higher gross profit relative to their asset base by 1.7%.

So, what are females doing differently than males to drive the observed differences highlighted above?

#ChangePays: Although Still Underrepresented, Women in the C-Suite are Driving Profitability