In Q2, 2022, the annual radio deal volume took a giant leap forward registering a total of $127.8 million due to the largest radio deals in almost three years, while the TV deal market after a number of huge sale in Q1 took a well-deserved rest, registering only $61.8 million.

Nine of the eighteen stations sold are located in seven of the nation's top-25 markets, including five of the top-six (all, except for San Francisco). However, TelevisaUnivision did not lose much coverage in these markets as it kept its top stations on all these markets.

In addition to the sale of these low performing top-market stations, TelevisaUnivision exited three smaller markets, selling all its assets in Las Vegas, Nev. McAllen-Brownsville-Harlingen, Texas and Fresno, Calif.

This is the largest radio deal since the outbreak of the COVID-19 pandemic in December 2019.

In the largest single-station deal of the quarter, Fort Myers Broadcasting Company announced the purchase of Fort WAVV-FM in the Ft. Myers-Naples-Marco Island, Fla. Market for $8.0 million and in the San Francisco market, Amaturo Sonoma Media Group, LLC is going to buy two FM stations and two translators from

We registered six other radio transactions worth more than one million dollars. Altogether, the radio deals volume in the first half of 2022 reached a total volume of $211.5 million, which is more that the entire radio deal volume of 2021 ($189.7 million) or 2020 ($210.2 million), respectively.

The only significant event in the TV market was the $41.0 million 1970497 sale of Los Angeles Indie KDOC-TV from Ellis Communications to Radiant Life Ministries,. 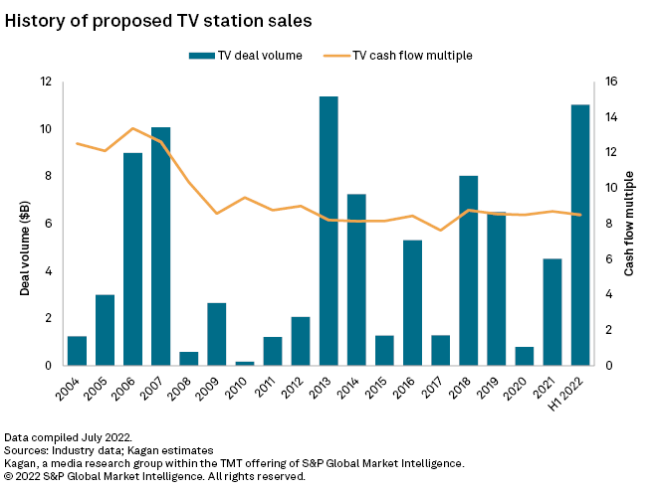 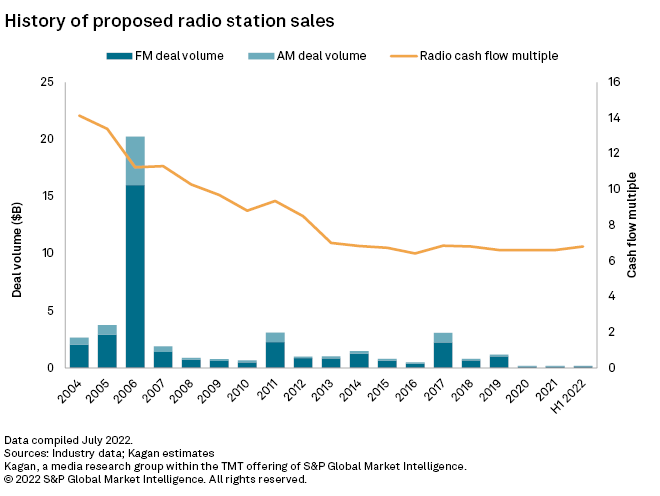