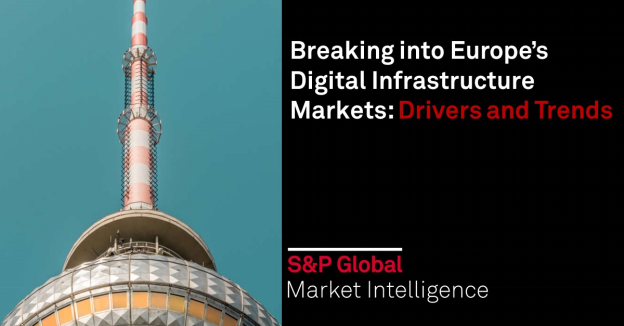 As reviewed in our recent webinar, the digital world has become critical to daily life. Driving a digital transition requires investment in infrastructure – data centers, fiber networks and wireless communication towers that can support data growth and connectivity needs by improving network density, speeds and reliability.

Data centers serve a variety of functions and are essential for housing both edge and cloud workloads. Wireless communication towers are the last mile for all mobile devices and serve as the main connection hub for 5G, fixed wireless and edge computing. In this final blog of our Breaking into Europe’s Digital Infrastructure Markets series, we discuss the state of broadband in Europe.

To learn more about how our Media and Telecommunication solutions can help you stay ahead of the curve, click here.