Seaborne crude oil shipments by OPEC producers so far in April have averaged 18.95 million b/d, an increase of 2.6% from March, as the group and its coalition partners gradually unwind prior production cuts and raise output, as shown by latest data from IHS Markit Commodities at Sea.

In Africa, seaborne exports from Algeria surged 40.8% to 565,000 b/d, an 11-month high, while loadings from Equatorial Guinea also increased nearly 16% to 145,000 b/d. However, Gabon and Nigeria witnessed lower loadings, down one-third, and 9.6%, respectively, in April. The West African market has been suffering from an overhang since March due to subdued demand from China, despite lower freight rates which have made arbitrage shipments to Asia favorable. Nigerian state-owned NNPC cut its official selling prices for most export grades for April loading cargoes relative to Dated Brent. Forcados, which has a high middle distillate yield, remained the top grade exported in April, followed by Escravos and Qua Iboe.

Angolan cargoes were steady in April, at 1.19 million b/d, with Dalia and Nemba making up a quarter of loadings.

Exports out of Libya fell 5% on month to 1.13 million b/d in April. Crude production is likely to rise after state-owned NOC lifted a temporary force majeure on loadings out of the Marsa al-Hariga terminal earlier this week. The country is exempt from the existing OPEC+ production quotas.

Of the loadings by OPEC countries in April, 76% are currently headed for Asia and the Indian sub-continent, up from 75% in March.

OPEC and its OPEC+ partners - comprising 23 countries in total -- raised total seaborne crude oil loadings in April to 26.97 million b/d, up 1.3% from March, according to Commodities at Sea. Russia, the largest producer in the wider 'Plus' group, exported 4.1 million b/d during April, up 3% from March. Oman volumes however slipped about 259,000 b/d on month to 912,000 b/d, a three-month low. Of the other major producers, Mexico raised its April exports marginally to 993,000 b/d from March while Malaysia's loadings also rose to 422,000 b/d, up 50.2%. Exports of CPC Blend crude from Kazakhstan have been stable on month, at 1.16 million b/d in April.

Compared with a year earlier, OPEC exports were down 15.4% in April while cumulative OPEC+ volumes declined 12.9%.

At the latest meeting of member countries on April 27, OPEC+ producers reaffirmed their plan to increase output in a phased manner, driven by an improving macroeconomic outlook.

In March the group had agreed to raise output by 2.25 million b/d by July, with large increases scheduled to come from Saudi Arabia after it said it would gradually reverse its additional one million b/d voluntary output cut instituted in February and March.

In its latest Monthly Oil Market Report released April 13, OPEC was more bullish about oil demand, raising its forecast for global oil demand growth by 100,000 b/d from March to 600,000 b/d for 2021 versus last year, citing a stronger than previously thought economic rebound for the second half of the year. This was due to stimulus programs, further COVID-19 lockdown measures and an acceleration in the vaccination rollout in the OECD region.

However, this report was issued before the recent spike in cases in India, which is now the focus for the oil market. Short-term oil demand recovery will be negatively impacted by lockdowns and curfews in various states. That said, Indian refiners for now do not seem to be cutting their throughput rates significantly, likely opting instead to boost oil product exports.

Nevertheless, OPEC and its allies will be wary of the situation in India becoming prolonged and the resulting risk to oil prices. IHS Markit's view is that OPEC+ will likely defend a $50/bbl price level by restraining output and if necessary, unwinding any recent production increases.

Elsewhere, demand is undoubtedly improving going into summer. The US is on track to get more than half its population vaccinated with at least one dose, auguring well for travel demand in summer. There were suggestions this week that the European Union would welcome vaccinated visitors from the US, while in Europe, the pace of vaccinations is also accelerating after some initial hiccups.

In the Middle East power generation consumption will hit a peak as the weather turns hotter, while latest macro data out of China and South Korea indicates these economies have recovered to surpass pre-pandemic levels. South Korea's GDP grew 1.6% in Q1 to above end 2019 levels while China's April indicators showed booming business sentiment and strong growth in the services sector. 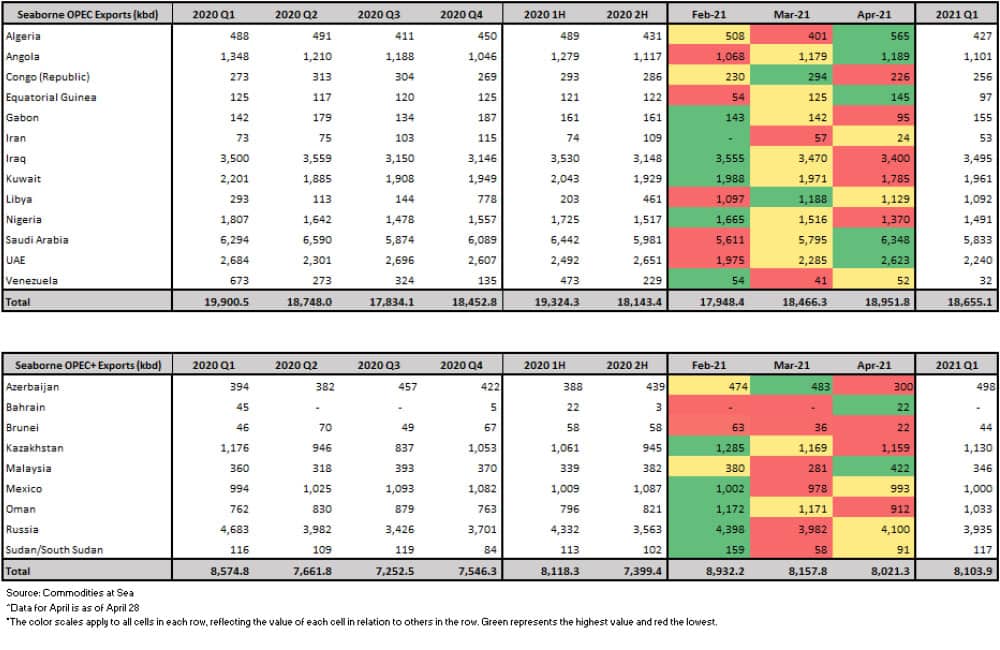 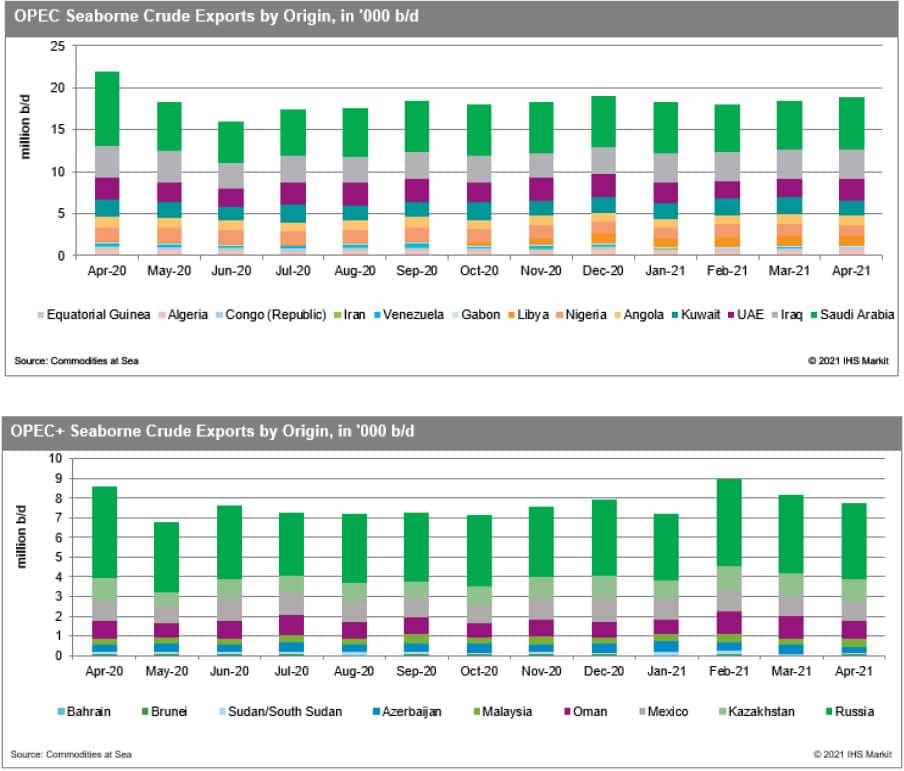