Strong recovery in global trade evident fueled by rising market optimism, nonetheless, the pandemic is still not under control and could endanger the global economy.

Changes in Trade of the Top Ten Economies 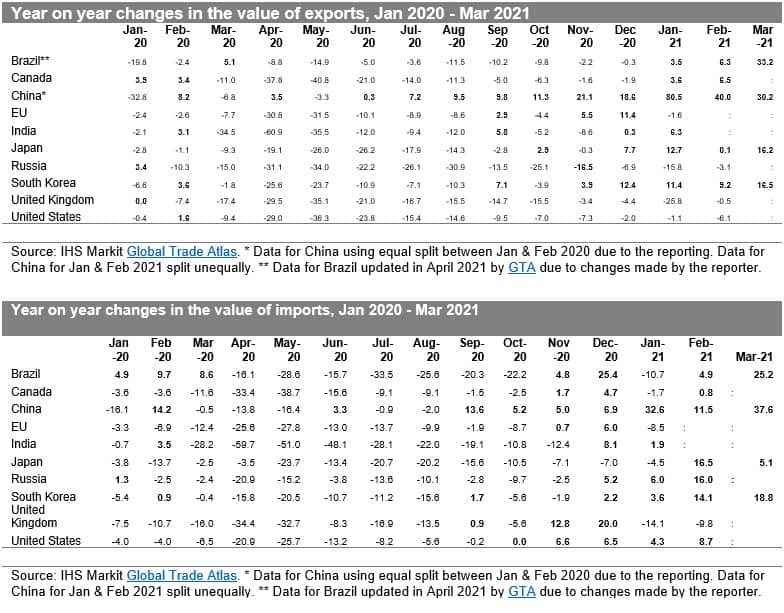 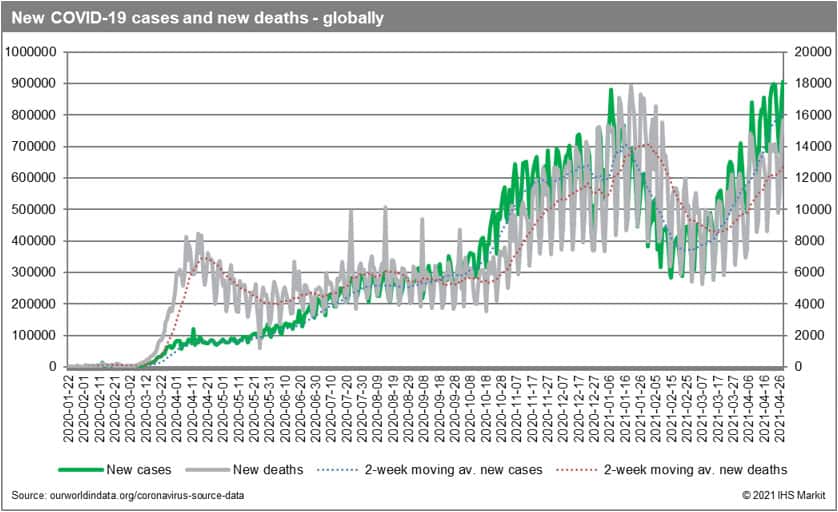 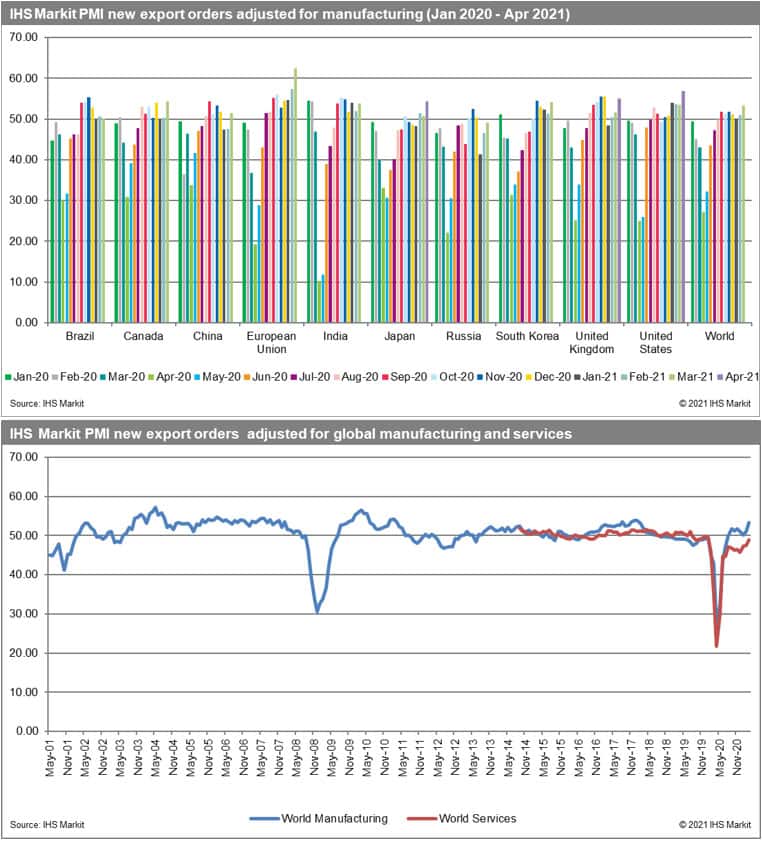 Please note that China (mainland) reported an aggregated value of trade for January-February 2020 and 2021 - for the year 2020 the data in the database was equally split between the two months, while for 2021 the data were split unequally.

This column is based on data from IHS Markit Maritime & Trade Global Trade Atlas (GTA) and GTA Forecasting.

The full version of this article is available on the Connect platform for IHS Markit clients with a subscription to GTA/GTA Forecasting.