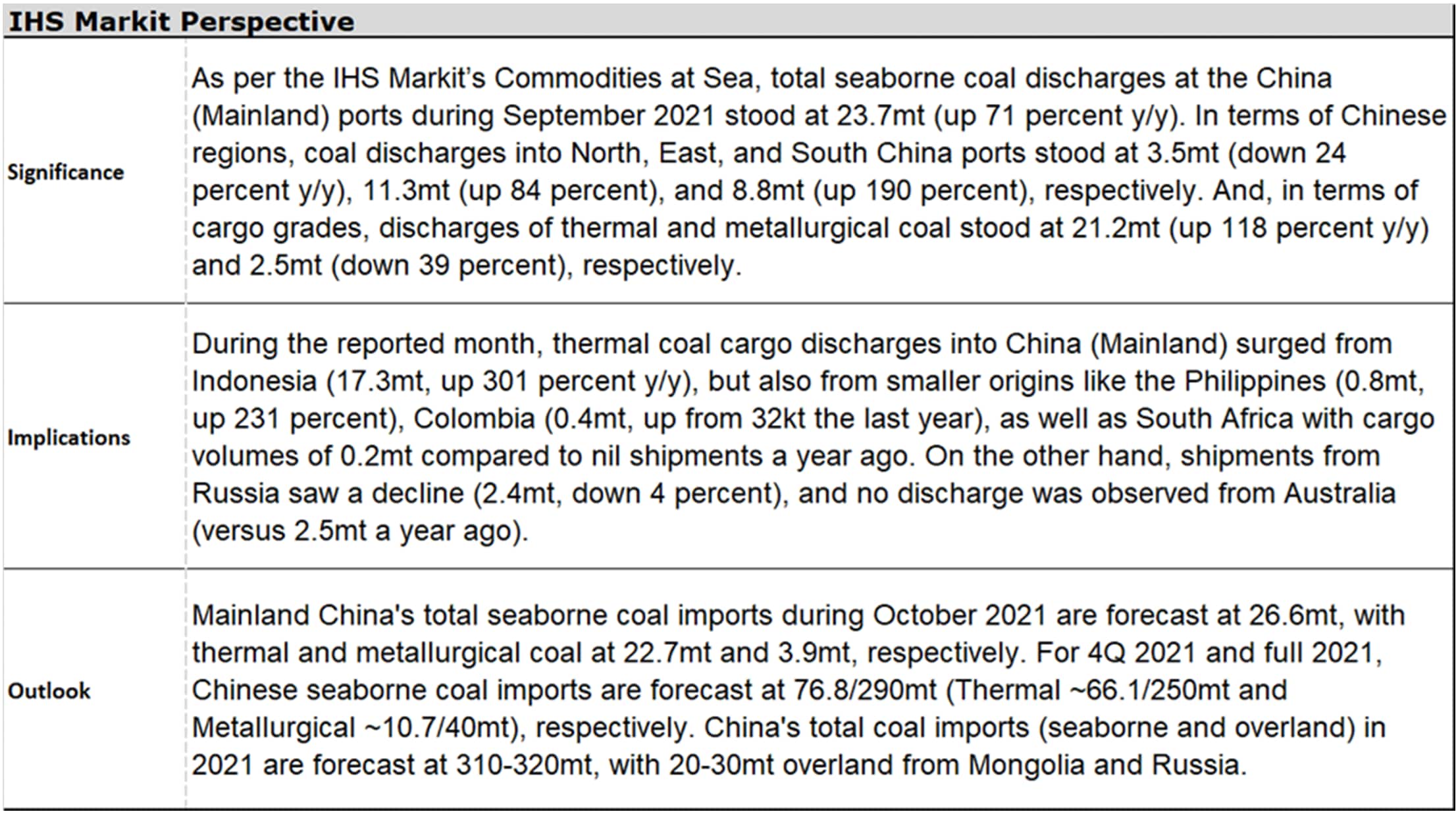 During the reported month, thermal coal cargo discharges into China (Mainland) surged from Indonesia (17.3mt, up 301 percent y/y), but also from smaller origins like the Philippines (0.8mt, up 231 percent), Colombia (0.4mt, up from 32kt the last year), as well as South Africa with cargo volumes of 0.2mt compared to nil shipments a year ago. On the other hand, shipments from Russia saw a decline (2.4mt, down 4 percent), and no discharges was observed from Australia (versus 2.5mt a year ago). Mainland China buyers have been hoovering up Indonesia's excess thermal coal as a replacement for Australian material due to Beijing's ongoing trade embargo.

At the Mainland China ports, congestion from coal vessels arrivals has eased significantly in the last month. As per IHS Markit's Bulkers at Sea, currently, there are 125 vessels (8.6mn dwt) laden with coal waiting to be discharged at Mainland China's ports, compared to 149 vessels on week 38. In terms of load country/territory of the bulkers currently waiting to be discharged - Indonesian cargoes stood at 39 vessels (2.95mn dwt) and Russia at 11 vessels (0.9mn dwt).

As per the Mongolian Customs General Administration, Mongolian overland coal exports (which are mostly metallurgical) to China (Mainland) during September 2021 stood at 0.95mt (down 4 percent m/m, and down 78.7 percent y/y). During 9M2021, Mongolian coal overland shipments stood at 11.38mt, down 40 percent y/y.

Mainland China's total seaborne coal imports during October 2021 are forecast at 26.6mt, with thermal and metallurgical coal at 22.7mt and 3.9mt, respectively. For 4Q 2021 and full 2021, Chinese seaborne coal imports are forecast at 76.8/290mt (Thermal ~66.1/250mt and Metallurgical ~10.7/40mt), respectively. Daqin line is scheduled to undergo maintenance in October which could pose a domestic coal supply-side risk for 4Q21. Anticipating coal shortage to be prevalent during 4Q, North Asia LNG prices are receiving a boost but could also be due to coal to gas switching in an attempt by Beijing to have Blue Skies as the country is hosting winter Olympics in February 2022. China's total coal imports (seaborne and overland) in 2021 are forecast at 310-320mt, with 20-30mt overland from Mongolia and Russia. 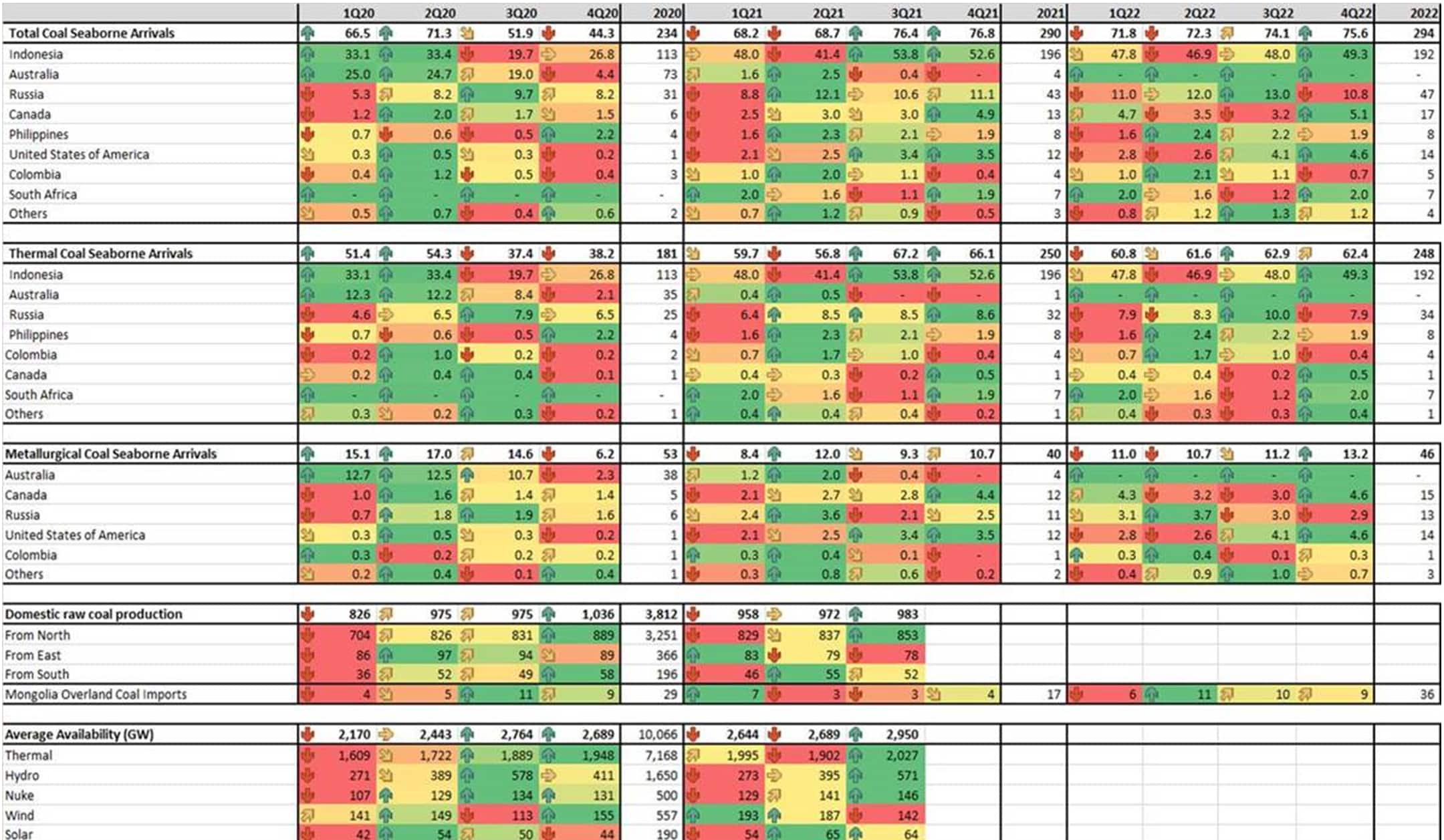