Alternative data, which includes night-time lights or "luminosity" data, is a critical resource when it comes to understanding the variation in the economic and risk landscapes of larger countries.

The availability of night-time lights almost everywhere in the world is a potential game changer when it comes to relatively data-poor parts of the world and where headline, national-level economic indicators may be as good as it gets in terms of granularity.

With so much of our activity on the planet illuminated at night, night-time lights intuitively make sense as a measure of economic activity. Passengers peering out of an aircraft on a clear night can orient themselves based on the contrast of light and dark - the concentrated glow of a coastal strip against a dark sea, linear shapes along road arteries, or the lights of a runway.

Luminosity data is systematically sensed by satellites, enabling us to build up spatially detailed maps of luminosity across the world at regular time intervals. This data can reveal local context and quantify relative economic performance - especially in places where official information is unavailable, unreliable, or out-of-date.

Night-time lights can help companies select locations for their operations, empower risk professionals to analyze the physical impact of a climate hazard and give political leaders and city planners insight into urban expansion and electricity consumption. 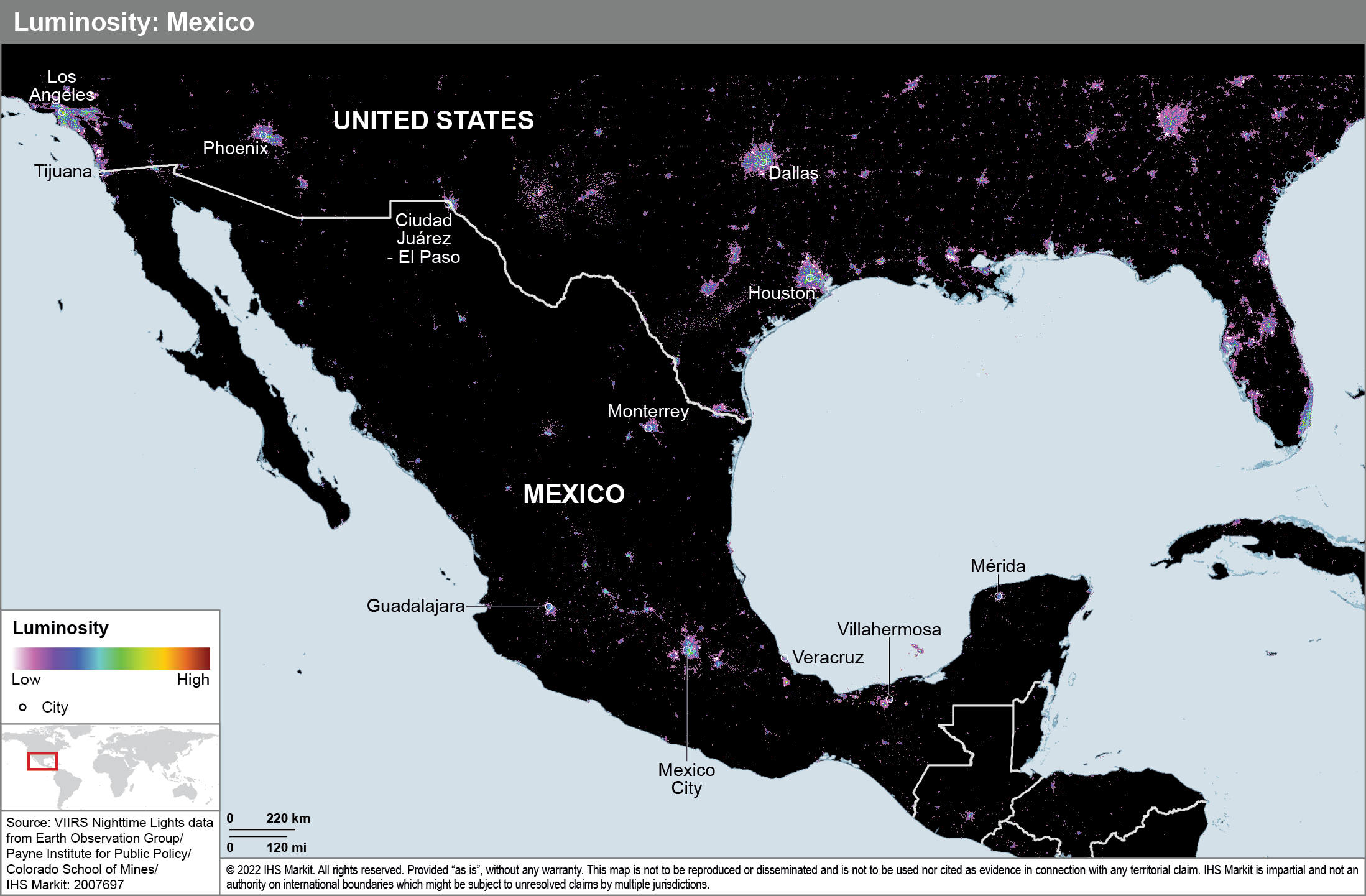 Night-time lights occur in places where people live. Human activity in houses or shops, cars, or streetlights emit lights. We confirmed this relationship for more than 2,400 municipalities in Mexico.

We note some exceptions: There is more luminosity than would be expected given their population in Mexicali and Juarez (Ciudad Juarez), which are both key border crossings into US with large cargo infrastructure and also nearshoring manufacturing activities. And there is less luminosity than expected given the population size in areas such as Ecatepac de Morelos and Iztapalapa, which are boroughs in Mexico City with high levels of economic deprivation and among the highest crime rates in the country. 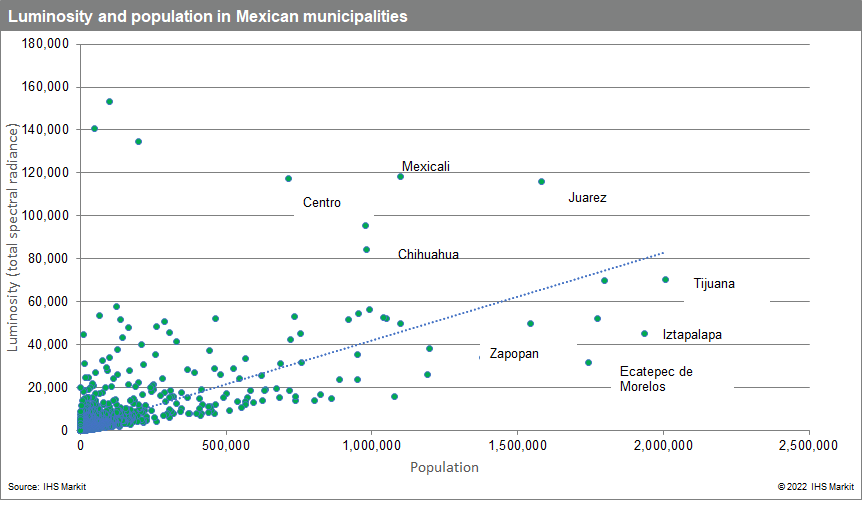 Some of the strongest night-time light emissions across the country were clearly and precisely detectable around key supply chain and industry nodes, for example the Port of Veracruz and oil and gas facilities concentrated in the Gulf of Mexico.

States with more nightlights tend to have higher economic output

States with more nightlights tend to have higher economic output. The correlation is strongest when removing Distrito Federal (Mexico City), Mexico's capital city. This outlier demonstrates that night-lights data reveals the presence of lights without specifying the underlying activities that they are used for. For example, high levels of luminosity within an urban center might be caused by assets of varying relevance, such as a factory, a stadium, or a housing estate. 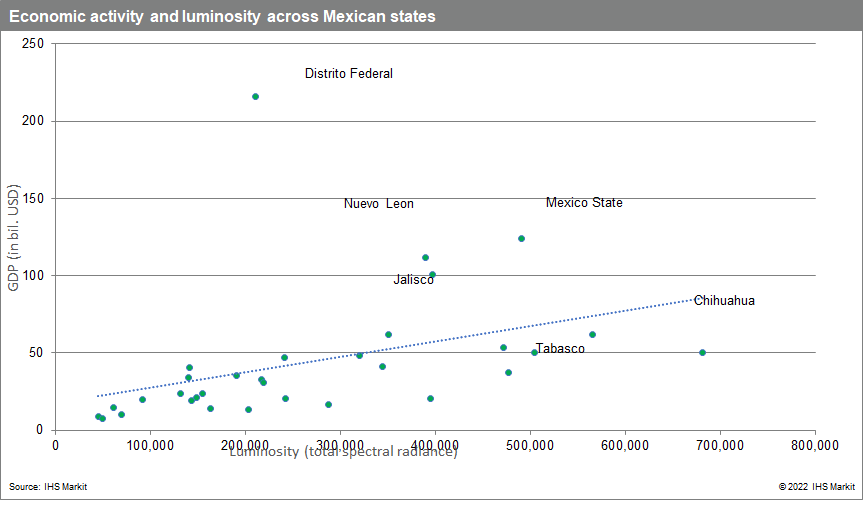 Luminosity data is less likely to be useful where local economies are based around service industries that emit less light compared to manufacturing, for example. This probably explains the outlier status of Distrito Federal (Mexico City), which has disproportionally low night light emissions given its outsized share of GDP in the context of Mexico.

Elsewhere in the world, we found that night-time lights data accurately detected the footprint of business districts within major developed cities such as London, Paris and New York, and underestimated the value of such centers as contributors to overall economic output.

RT @SPGMarketIntel: According to S&P Global Market Intelligence, while freight rates are expected to return to the pre-pandemic level in 20…

Monthly US GDP rose 0.3% in October, following a 0.5% decline in September. Read our analysis here:… https://t.co/qwZuIlHJ30