The highest increases in Country Risk Premiums (CRP) - the additional investor rate of return needed to compensate for the financial impact of country risk - were in the hydropower, manufacturing, and automotive sectors for this third-quarter update. Projects in these sectors face higher costs primarily as a result of a reduction in domestic demand and the imposition of restrictions on cross-border capital flows.

Conversely, Sri Lanka recorded one of the largest deteriorations in the CRPs since the second-quarter update, increasing by 4.78 percentage points to 6.86%. The increase in Sri Lanka's CRP was driven by rising costs of strikes and protests, as well as recession, in response to major political and economic dislocation this year. 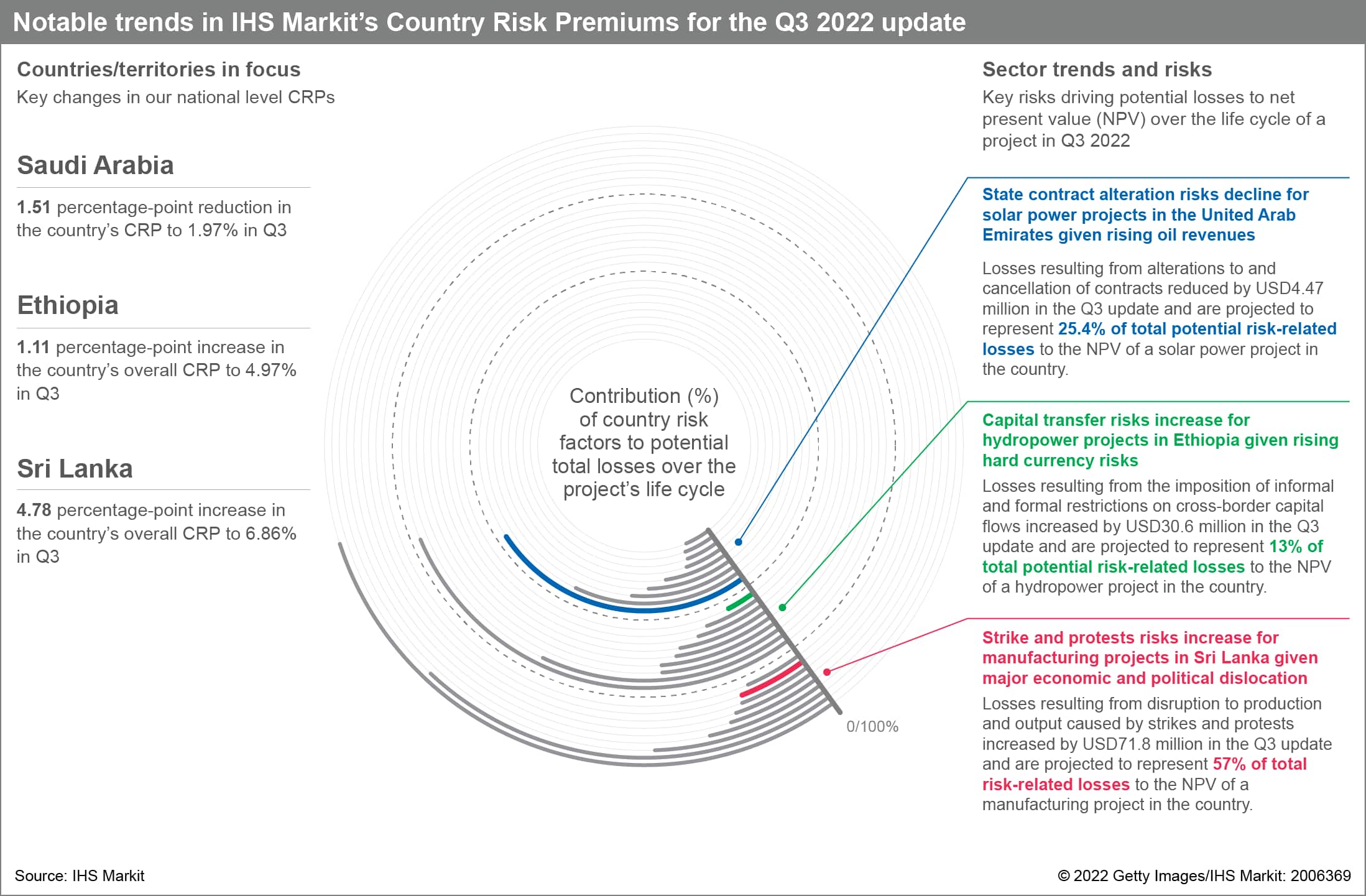 Rising oil revenues have increased the likelihood that federal projects supporting the UAE's energy transition plans will continue with a lower risk of cancellation. Inflationary pressures are reflected by a marginal increase in the labour costs, yet they are outweighed by the revenue generated from improvements in domestic demand for energy. The CRP for a solar power project in the UAE has reduced by 0.2 percentage point to 0.8% since the second-quarter update. CRIM estimates that the expected internal rate of return (IRR) for a hypothetical USD250-million acquisition of a solar power project in the UAE is 11.29%, after accounting for a 1.52% loss in the IRR because of country risk. 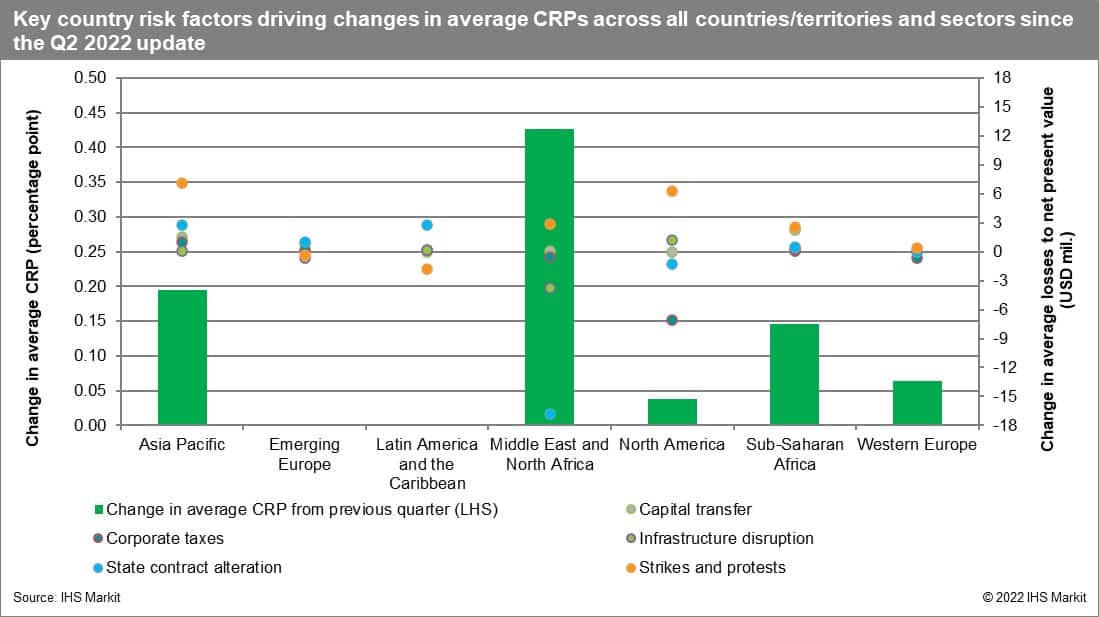 The prolonged suspension of direct external budgetary support to Ethiopia is likely to increase pressure on foreign reserves. This foreign-exchange shortage would result in a higher risk of restrictions being tightened on the repatriation of profits and ability of developers to access hard currency. The CRP for a hydropower project in Ethiopia has increased 0.8 percentage point, with an additional 4.6% rate of return needed to compensate an investor for the financial impact of country risk. The expected IRR for a greenfield, 25-year hydropower project is 7.7%, after accounting for a potential 4.6% loss in the IRR caused by country risk.

More about our County Risk Premiums

A key metric that should guide investment decisions is the country risk premium (CRP): the additional returns a project must generate to cover the risks arising from its particular operating environment. Our Country Risk Investment Model (CRIM) integrates the full spectrum of commercially relevant political, economic, legal, tax, operational, and security risks and models their impact on future cash flows by sector, and by project phase (development, production, and income), across 153 unique geographies.