More stimulus in China likely to increase lending but not necessarily in real estate sector.

The fallout between homeowners and real estate developers showed no sign of easing in August. In response, the central bank cut key lending rates in August. The People's Bank of China (PBoC) cut the one-year medium-term lending facility (MLF) rate by 10 bps to 2.75%, which led to the drop in the one-year and five-year loan prime rate (LPR) by 5 bps and 15 bps respectively to 3.65% and 4.3%. Due to the medium-term nature of the latter rate, this is seemingly targeting the mortgage sector. However, IHS Markit judges that since most discounts on new build properties are given to cash buyers, the impact from the rate cuts will likely rely on public confidence in the real estate market rebounding and will not necessarily result in higher mortgage growth. In fact, mortgage growth is still in deep contraction and while the market may reach a bottom in the second half of 2022, a v-shaped recovery is unlikely. 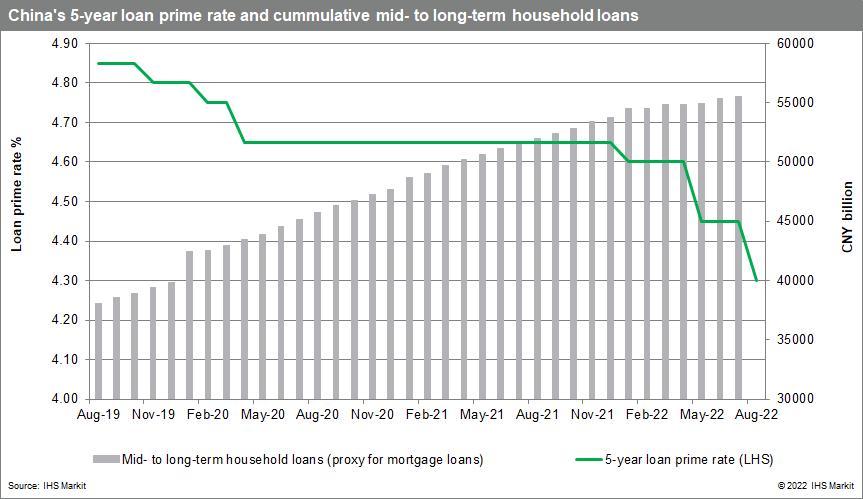 September/October is the second most important rollover period for Turkish banks' annual syndicated loans. Investor confidence has been hit by Turkey's unconventional monetary policy stance, which has resulted in recent sovereign downgrades by major rating agencies that have lowered individual bank ratings into speculative territory. By our calculations, banks have more than enough foreign-currency liquid assets (USD84.5 billion) on hand to repay maturing foreign liabilities (USD83 billion due over the next year), even in an unexpected extreme scenario where none of them are rolled over, but low rollover ratios would constrain new loan growth at a time when banks are being pushed to lend in support of economic growth. 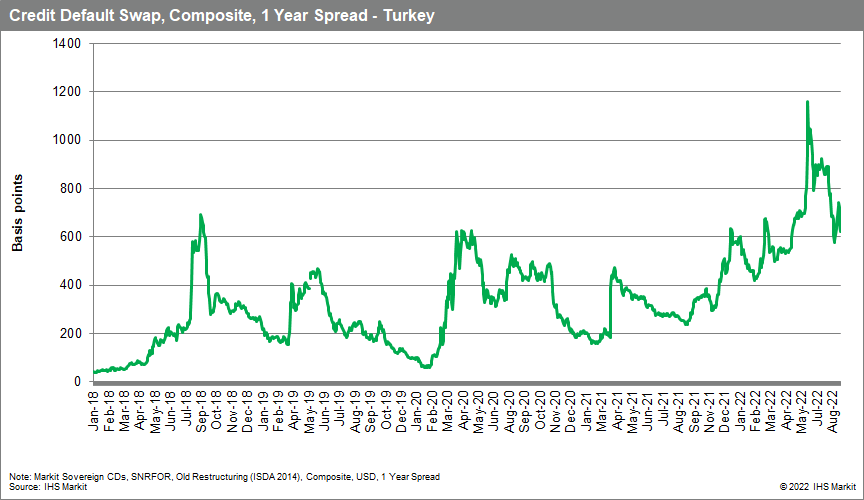 The rapid levels of inflation combined with increasing interest rates in the region have slowly started to increase NPL ratios in most of the region. Countries like Bolivia, Chile, Paraguay, and Uruguay saw an increase in their NPL ratios by 0.1 to 0.5 percentage points (representing an increase of 7% for Chile and 23% for Uruguay) in June 2022 compared to March 2022. Going forward we expect this trend to continue in these sectors, with additional economies likely to experience the same effects averaging an increase of 30% in their NPL ratios at the end of 2022, compared to 2023 with Bolivia and Paraguay having the largest increases. 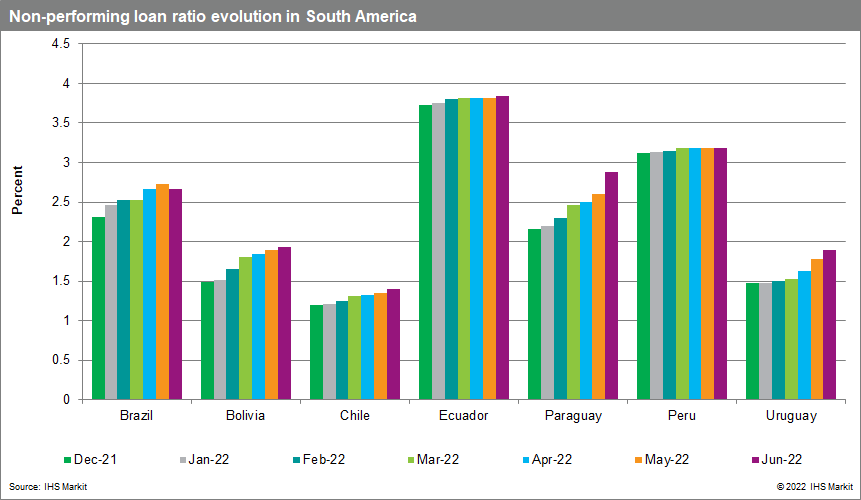 North African banks are likely to continue purchasing sovereign debt as they have been tapping into the domestic debt market to plug government deficits over the last year.

Budget deficit in 2022 is projected at 8.7%, 6.7%, and 2.2% of GDP for Tunisia, Egypt, and Algeria respectively. In 2021, local authorities aggressively tapped the domestic debt market to plug budget deficit, especially after foreign financing conditions became restrictive and slowing progress in negotiating with the International Monetary Fund (IMF) due to various required austerity measures. IHS Markit expects that banks will accelerate to purchase sovereign debt, although banks' outstanding holdings of sovereign debt to total assets are already more than 30% for Egypt and Algeria increasing bank-sovereign linkages.

Release of second-quarter 2022 data to reveal status of asset quality in Nigeria, following the expiration of forbearance measure in March 2022.

Nigeria is expected to release financial soundness indicators for the banking sector for June 2022, which will reveal the initial impact on asset quality following the end of forbearance measures at the end of March 2022. IHS Markit experts project a continued rebound in economic growth in Nigeria for 2022 that is expected to strengthen the debt-servicing capacity of borrowers, owing to higher oil prices that will support broad-based growth in the oil and non-oil sectors. Stage 2 loans are quite elevated, suggesting that there is still significant risk in banks' balance sheets. IHS Markit analysts project that the NPL ratio will start to increase gradually to 5.6% at the end of 2022 from 5.3% in March, as some of the restructured loans materialise into NPLs. 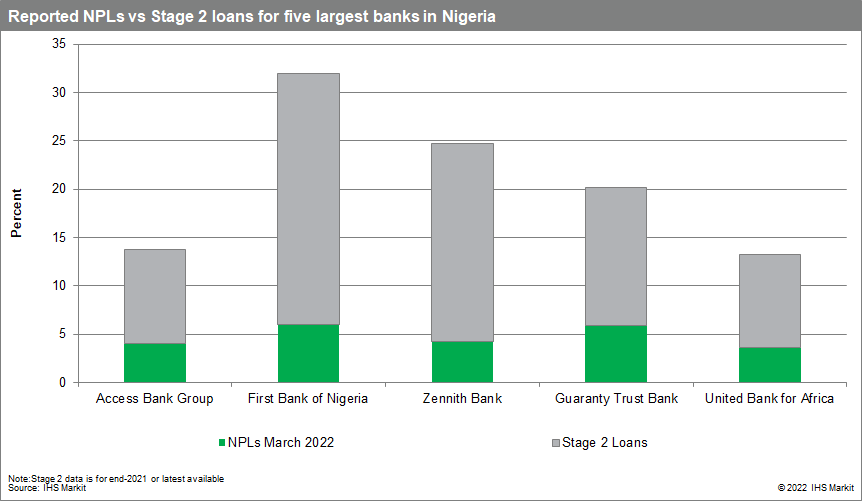