New home prices in Mainland China continue to fall despite much being done for first-home buyers, such as lowering the mortgage rates floor and raising loan-to-value ratios as well as increasing the discounts allowed to be offered by property developers. We judge that lending growth for mortgages will likely remain slow until an economic recovery in Mainland China but there will likely be further cautious easing for lending to non-first-home buyers. 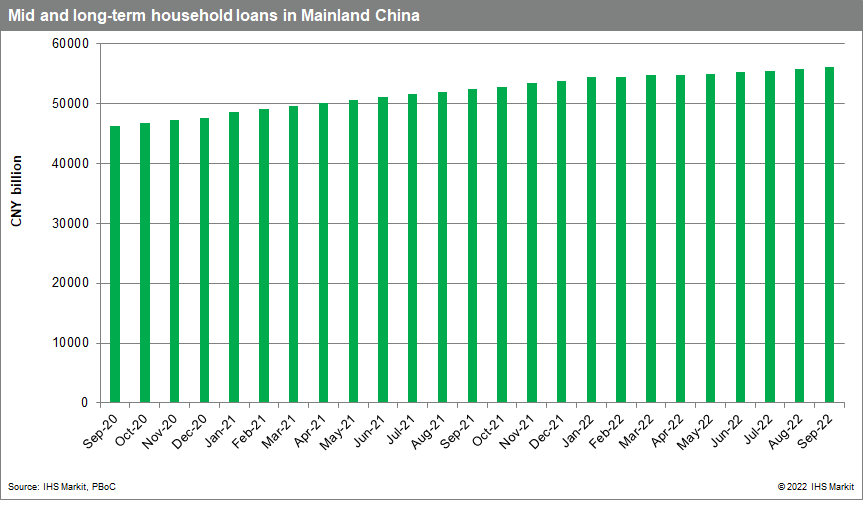 Despite an assessment on capital injections, the Sri Lankan government is unlikely to inject capital into local banks.

Although the central bank has introduced a diagnostic study to identify banks' capital shortfalls, owing to poor government finances, a capital injection will be unlikely. Banks are likely to face a large fall in capital buffers this year due to worsening economic conditions, with CAR already fallen by 150 bps between mid-2021 and mid-2022We expect the fiscal deficit to be -4.3% and -4.8% in 2022 and 2023. We judge that private banks will need to raise capital by issuing bonds at very high rates (as exemplified by Sampath Bank's recent endeavor) and for state-owned banks, selling of non-core assets and, ultimately, part-privatization will be the more likely outcome after law changes. 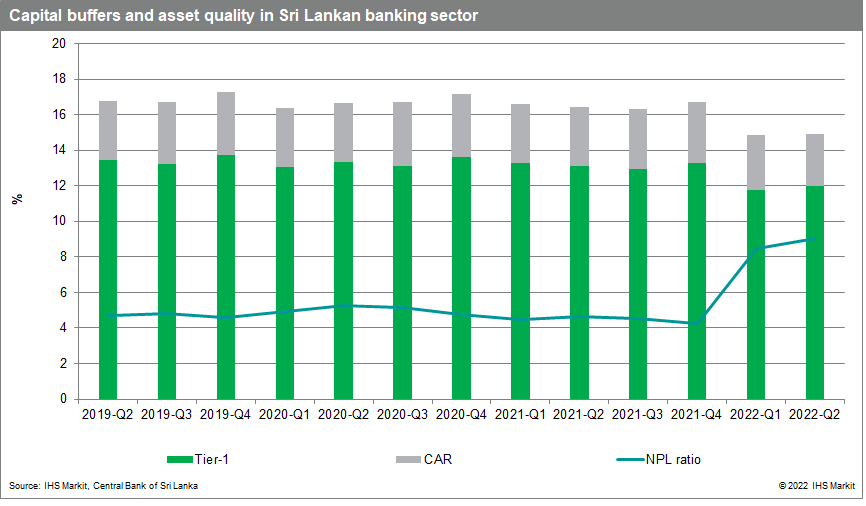 The European Systemic Risk Board (ESRB) issued a general warning at the end of September to the European Economic Area (EEA)'s financial system, highlighting debt-servicing concerns, potential for liquidity strains, and renewed asset quality pressures following cost pressures and rising interest rates, making it likely that banks will employ stricter credit risk management in lending standards, dampening credit growth rates across domestic sectors and restricting access to credit to the most indebted borrowers. Non-financial firms that are energy intensive, such as industry, manufacturing, and trade, will likely see greater asset quality deterioration given higher prices of production. Responsive state policies will likely expand to ease financial pressures on borrowers, albeit through new taxes on sectors with greater returns, such as banks that benefit from higher interest rates. 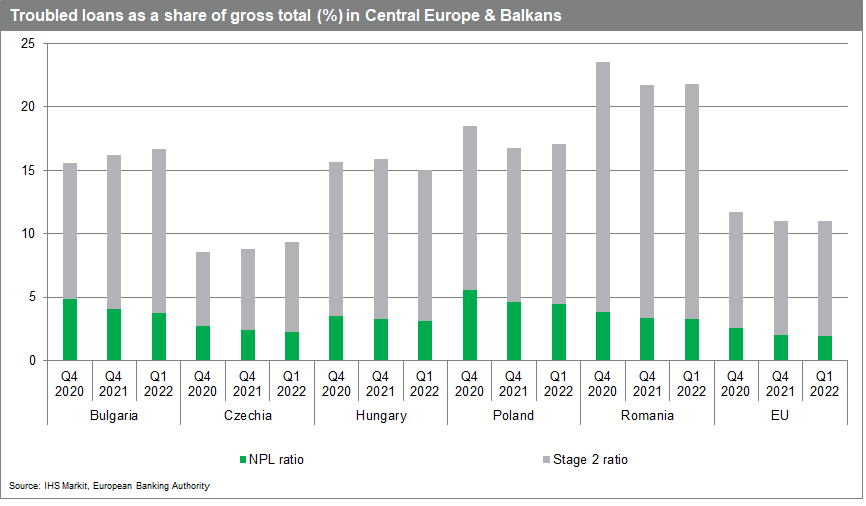 President Petro's tax reform proposes new taxes on the corporate sector. Business groups in the region have already warned about the potential negative effects of this measure, including reduced investment in the country. For the banking sector, the measure would likely mean higher corporate taxes (they currently pay an additional 3% levy on profits, and this is likely to rise to 5%). This would likely mean depressed after-tax profitability in the Colombian sector, which stands at moderate levels for regional standards. 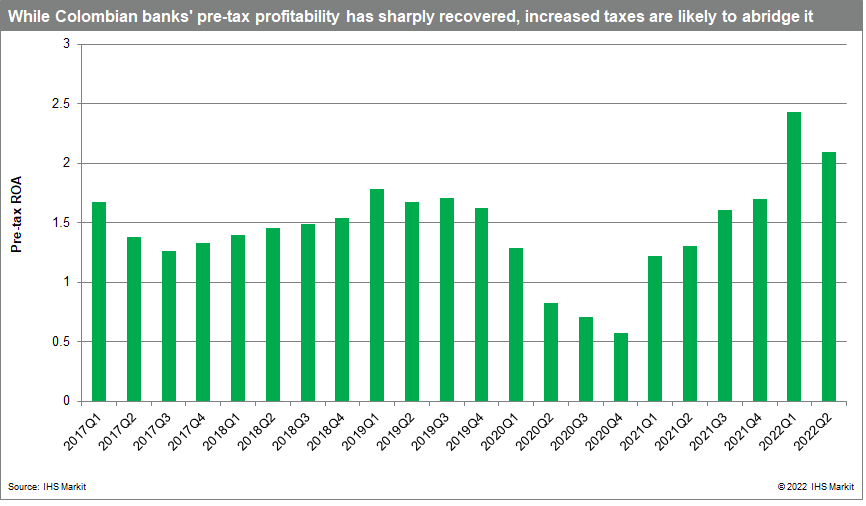 Several SSA banks (Angola, Cote d'Ivoire, Egypt, Ghana, Nigeria, Uganda, Zambia, and others) hold a sizeable proportion of assets in sovereign debt holdings, which leaves banks vulnerable to sovereign debt stress. Rising inflationary pressures have pushed central banks around the world to increase interest rates, leaving many SSA countries facing significant challenges to service public debt, thus increasing the likelihood of sovereign debt restructuring and default, which poses a key risk for banks' capital buffers, liquidity, and profitability. Ethiopia, Mozambique, and Zambia are undertaking debt restructuring discussions with external debt holders. Ghana and Nigeria are rumored to be considering both external and domestic debt restructuring; a domestic restructuring is likely to cause some banks to require capital support from government. 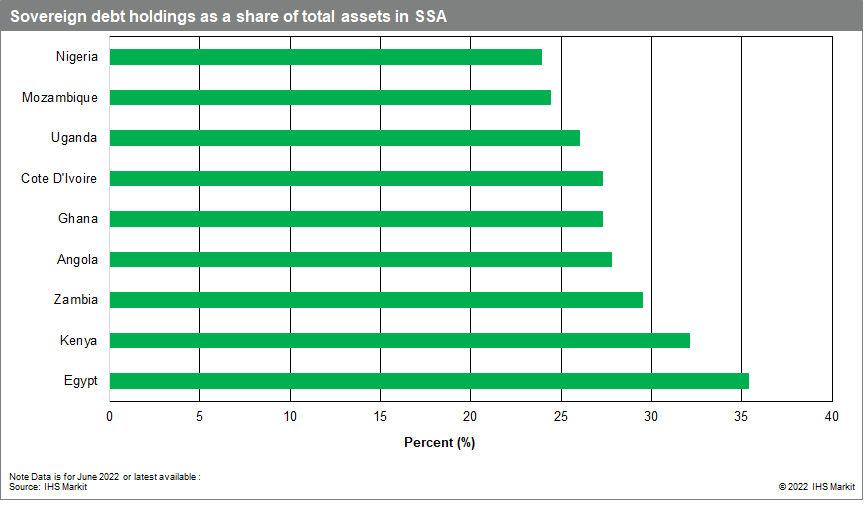