All members are already on board. Will RCEP boost the economy?

The Regional Comprehensive Economic Partnership (RCEP) is a free trade agreement (FTA) between the ten member states of the Association of Southeast Asian Nations (ASEAN) and its five trade partners (Australia, China, Japan, New Zealand and South Korea), which came into force on 1 January 2022.

India, which has also taken part in the talks, has not entered into the agreement for the time being, but the door for the country is still open. 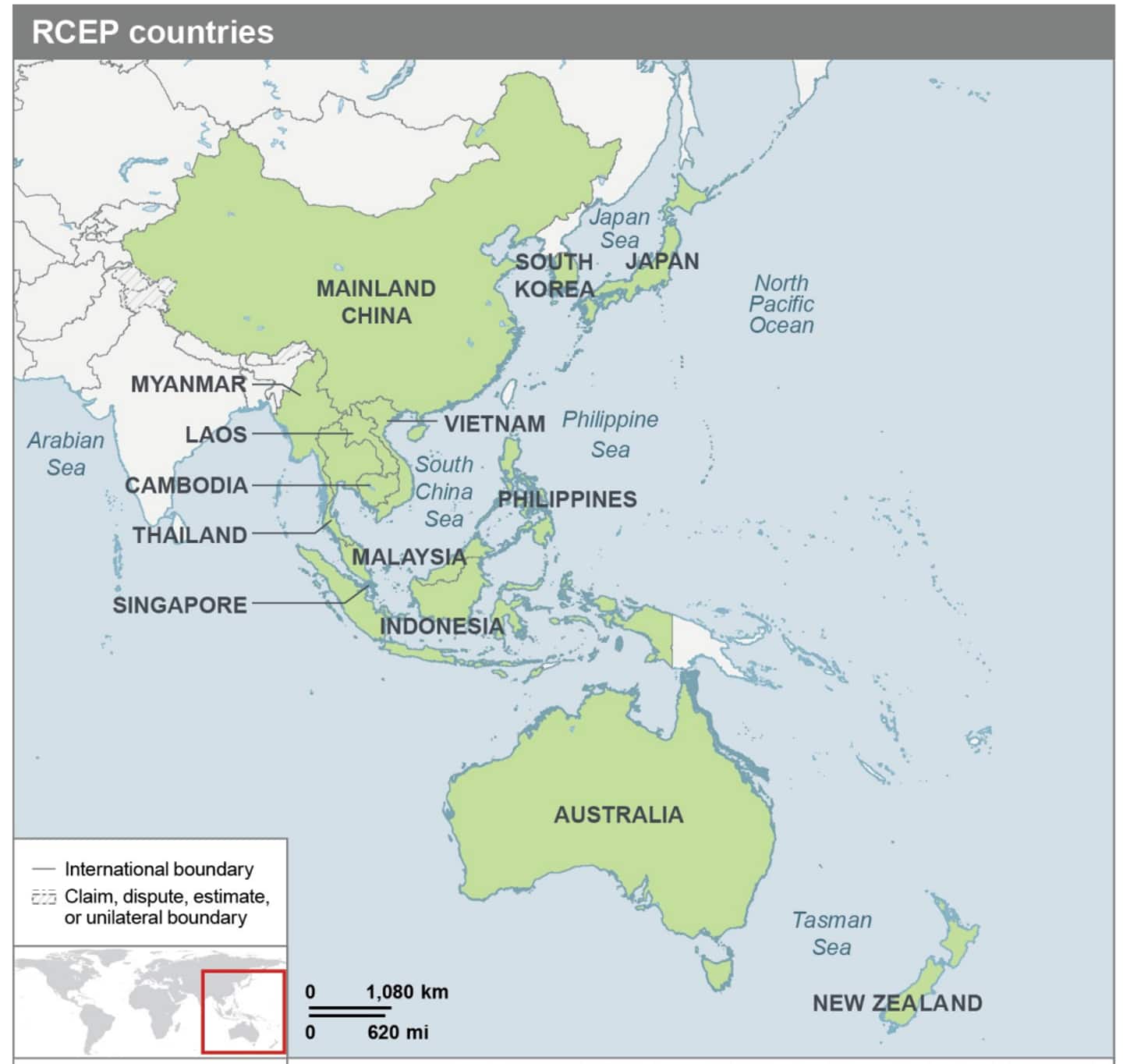 The agreement provides for the elimination of duties on approx. 90% of product groups within 20 years. It also introduces common regulations in areas such as competition, services, technical standards, e-commerce, intellectual property and investment. In principle, the RCEP is to create a framework for further negotiations as the importance of individual issues for mutual trade increases.

The new agreement creates new opportunities for the Western world, mainly the European Union and North America. Time will tell whether Western countries will use them. Certainly, the new agreement strengthens trade relations in the Pacific. This new situation should encourage the EU to intensify talks on trade agreements with ASEAN countries, especially with those countries that do not have any signed agreements. When it comes to the United States, the situation is a little bit different, as the country has been strengthening its position in the Pacific for many years, not only in terms of military but also trade. It is true that, from the military point of view, the situation has not changed, but from the perspective of trade relations, it has. The United States has completely given up the field to China in this region.

The population of the RCEP group in 2021 accounted for 1/3 of the global population, but in 2040 it is projected to drop to 1/4 of the world population, but this does not change the fact that it will be still the largest group in the world. It should also be emphasized that the door is open to India and its accession could significantly change the percentage of this grouping in the future. Moreover, comparing other FTA groups, their share in the world population is much smaller and these groups also show a downward trend.

From a global trade perspective, the importance of the RCEP will also grow. RCEP's share of global exports is forecast to amount to 34% in 2040, three times the CUSFTA and twice the CPTPP. For comparison, the share of the EU exports at the same time is expected to be 27%.

To better illustrate the importance of the RCEP agreement, a gravity model was used to analyze the development of trade. The concept of the gravity equation for trade flows between states was introduced by Tinbergen. Inspired by Newton's law of gravity, he assumed the value of trade between any two countries is proportional to the product of the national income of these countries and inversely proportional to the distance separating them.

The conducted research proves that the gravity model was successful and can be used to describe international exchange, also when the measure of distance between countries is enriched with variables related to the processes of globalization. The model estimation results allowed for their economic interpretation. Country size and distance matter. Countries with higher GDP or with a larger population usually have more trade, in addition, trade intensity is also related to the geographical distance, because the further exports of goods are, the higher the transport costs and the larger the carbon footprint left behind.

The integration of supply chains within the block will be favored by the fact that the system connects economies at very different levels of development, which will result in the transfer of labor-intensive production to less developed countries in Southeast Asia. At the same time, production and services related to high technologies will be concentrated in Japan, South Korea and China. It seems that with time India may regret not joining the agreement and Taiwan, excluded from the talks by China, may also lose some opportunities for expansion.