New details emerging about Elon Musk’s financing for his Twitter takeover are bringing forth new questions about the future of the social media giant.

Twitter’s board of directors accepted the Tesla CEO’s $44 billion all-cash bid to take the company private, for which the richest person in the world offered a $21 billion equity commitment and secured $25.5 billion in debt and loan financing, on April 26. A securities document filed by Mr. Musk yesterday shows that 19 investors—including Oracle co-founder Larry Ellison, the venture capital firm Sequoia Capital, and the cryptocurrency exchange Binance—have committed a fresh $7 billion in funding for the bid.

The deal, which is likely to close this year pending to shareholder and regulatory approvals, is the fifth-largest technology M&A transaction in the past decade and was one of four global transactions worth more than $10 billion announced in April, according to S&P Global Market Intelligence. But while significant in size and substance, the deal could carry risks to the company’s credit quality.

Following the initial takeover bid, S&P Global Ratings placed Twitter’s ratings on CreditWatch with a negative outlook, noting the potential for multiple-notch downgrades of the company and its debt once the proposed acquisition closes.

Twitter has approximately $5.29 billion of outstanding unsecured debt, and billionaire Mr. Musk’s offer includes $13 billion in new debt issued by the company and a $12.5 billion margin loan against $62.5 billion of Tesla Inc. shares. The company’s notable debt commitment may hinder its ability to expand.

Beyond his outspokenness about his desires to make Twitter’s content moderation algorithms open-source and reduce bot activity, Mr. Musk has been vague about his plans. Analysts interviewed by S&P Global Market Intelligence believe that even under new leadership, many of the challenges that the social media giant has faced—including regulatory scrutiny over its transparency and content moderation practices—will remain.

"While Musk isn't hyper-focused on the company as a profit and revenue machine—at least in the way he's articulated that—you can be sure he's going to run it the way he likes to run companies, which is a much different type of discipline," Daniel Newman, principal analyst and founding partner of the technology advisory firm Futurum Research, told S&P Global Market Intelligence.

Today is Friday, May 6, 2022, and here is today’s essential intelligence. 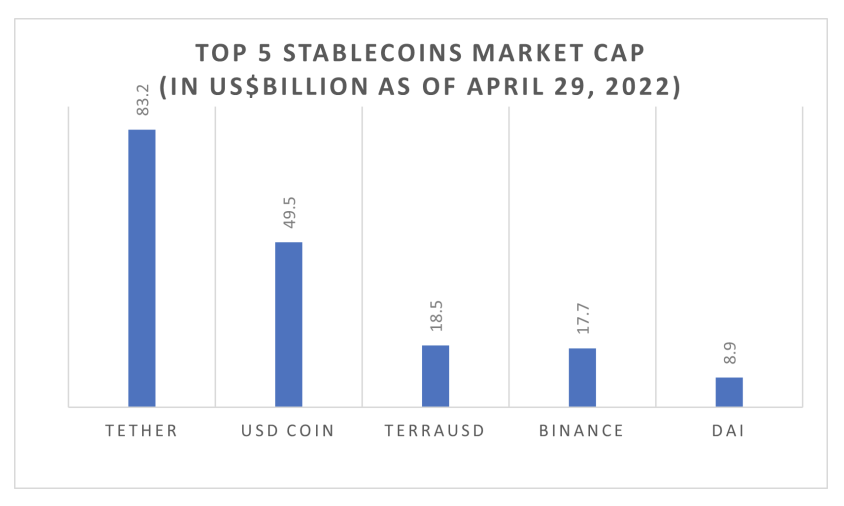 Cryptocurrency use is surging, but price stability—and therefore usefulness as a means of payment—has been a concern. Stablecoins were developed to address this need. How should we think about stablecoins from an analytical perspective? To S&P Global Ratings, there is a compelling analogy with currency board regimes in the flat currency world. As with currency boards, a credible, liquid backing portfolio is key for the credibility of stablecoins. The credibility of the issuer is key, which suggest a need for some future regulation.

Listen: Street Talk | Episode 93: How To Predict Deposit Betas, Avoid Betting Too Much On Rate Hikes

In the latest Street Talk podcast, Darling Consulting Group President and CEO Matt Pieniazek discussed balance sheet positioning ahead of the rate hike cycle and how banks should evaluate how sensitive their deposit bases will be to higher rates. 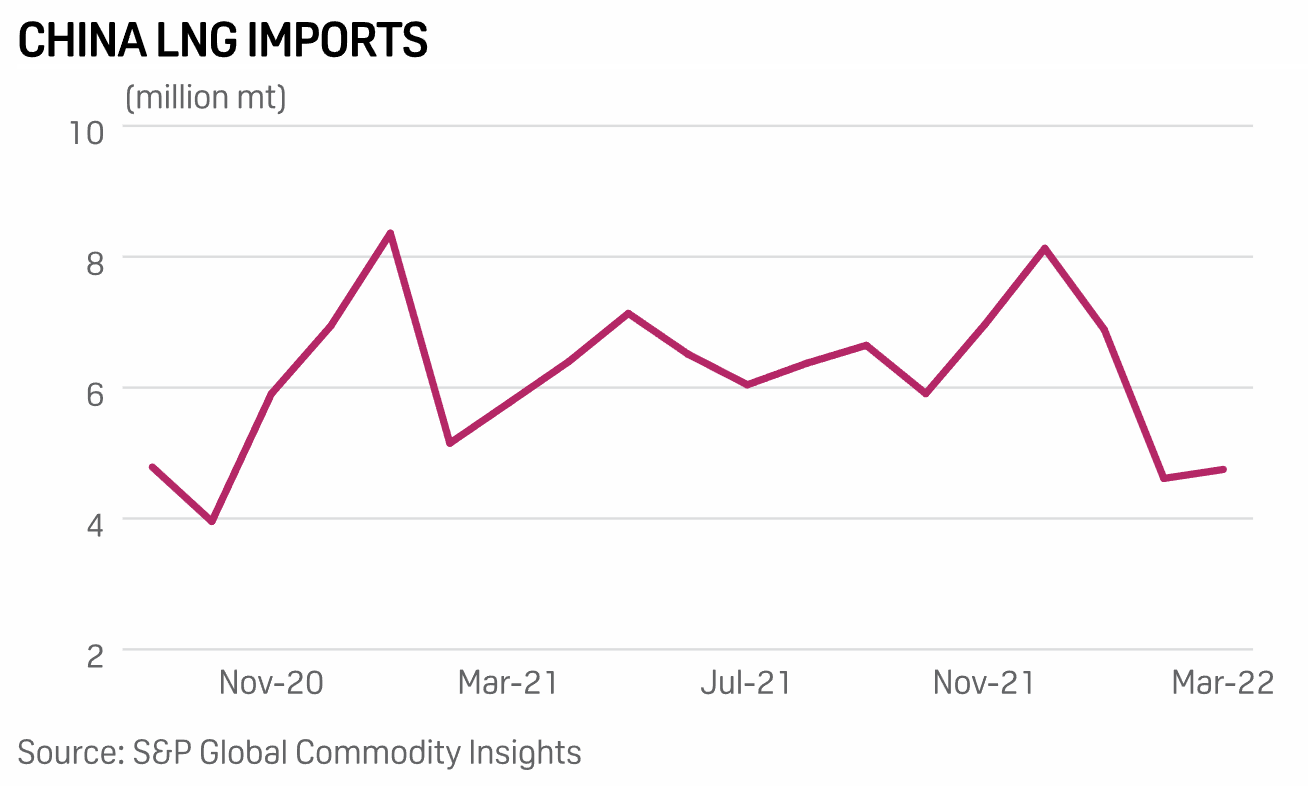 China's LNG and natural gas markets are unique. Unlike in other North Asian countries, only one-fifth of China's natural gas consumption is for power generation. Its collective industrial consumption (including fertilizers) accounts for 50% of total gas consumption. China's trucked LNG is a much-followed part of this unique market. There are a few reasons for this: LNG that leaves import terminals by truck—totaling around 22 million mt in 2021—accounts for around 30% of China's LNG import volume, which was the largest in the world in 2021. It is also a very prompt market and not price regulated. Therefore, it can give an indication of the immediate prevailing fundamentals in the region of China the trade takes place.

High and volatile oil prices exacerbated by the Russia-Ukraine crisis are raising questions as to when and if it will lead to demand destruction and renewed investment in the energy sector. In the latest episode of Commodities Focus, Jeff Currie, head of commodity research at Goldman Sachs, talks to associate director Paul Hickin about the infancy of what he has been calling a new commodity supercycle and the supply challenges ahead. 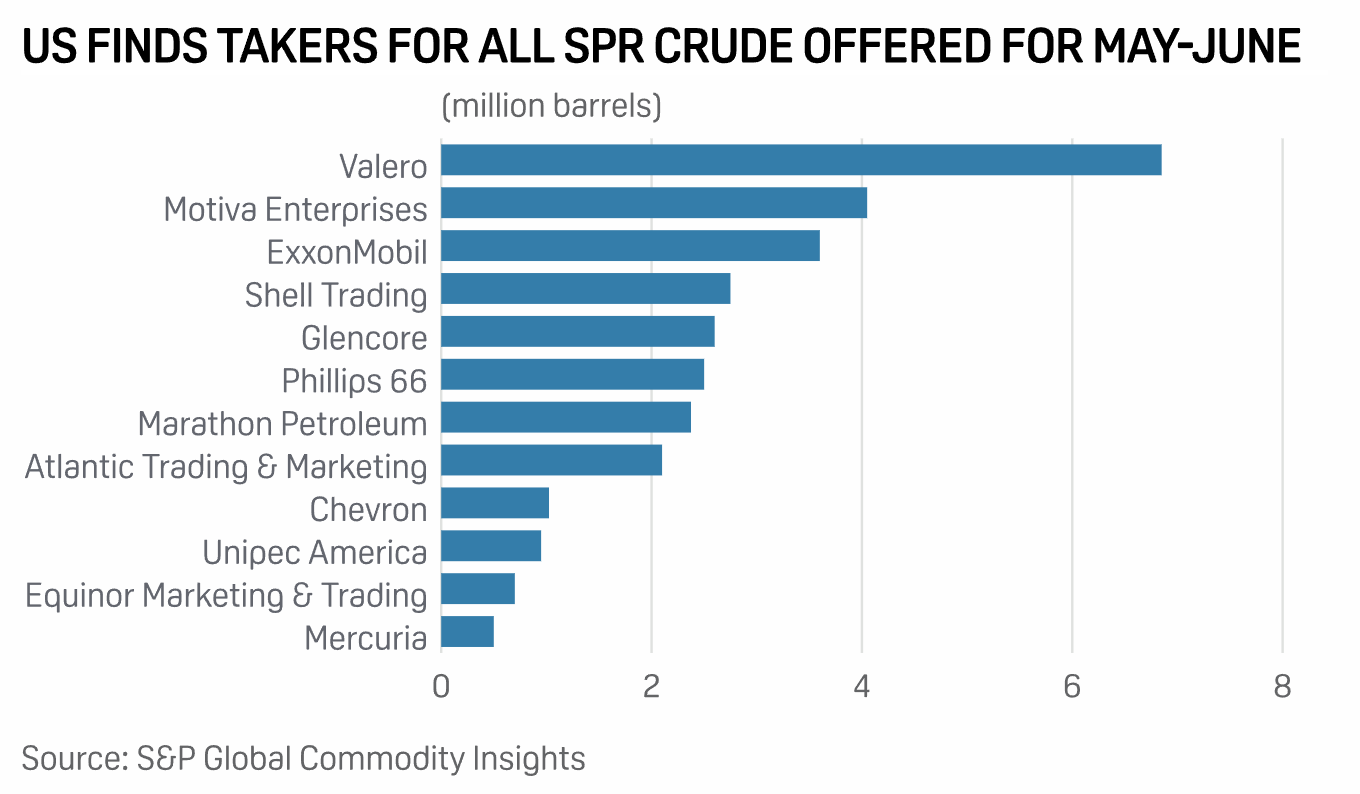 The U.S. Department of Energy plans to buy back 60 million barrels of crude for the Strategic Petroleum Reserve—or one-third of the massive drawdown that just started flowing—at lower prices, likely in the second half of 2023. In outlining the plan to refill the emergency oil stockpile based on a future delivery window, DOE said it was aiming to encourage U.S. drillers to boost activity now and "lower prices this year by guaranteeing this demand in the future at a time when market participants anticipate crude oil prices to be significantly lower than they are today." 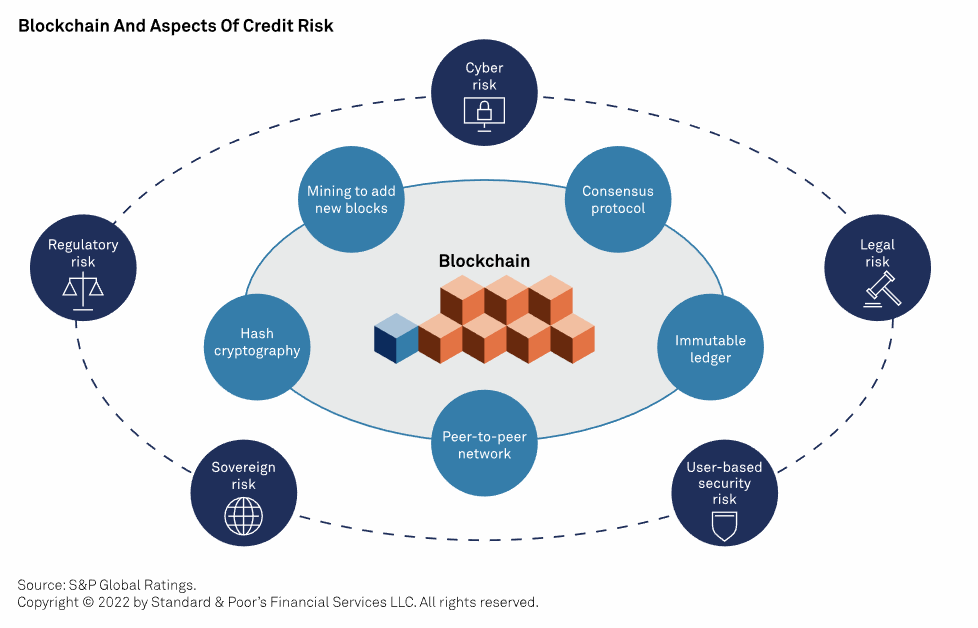 Blockchain technology is being used by entities rated by S&P Global Ratings to address credit risks and operational challenges. Not only is blockchain the backbone of cryptocurrency, which has its own credit risks and benefits, but issuers are introducing additional uses as well, often citing cyber security protections as the reason. However, there is a tension between blockchain being a solution and introducing new operational risks. S&P Global Ratings believes blockchain applications could reduce cyber risk by using a distributed ledger technology and ensuring accuracy and efficiency, which reduces costs. However, blockchain could also introduce risk, by making any changes harder, eliminating a centralized operational safety net, or introducing regulatory uncertainty.