On Dec. 17, 1961, Indian forces seized the territories of Goa, Daman and Diu, which had remained under Portuguese control following Indian independence in 1947. After a swift Indian victory, the U.S. and the U.K. condemned the armed action and demanded that Indian troops withdraw. Future Soviet leader Leonid Brezhnev, who was in the country at the time, praised India’s actions, and the USSR vetoed a U.N. Security Council resolution condemning them. In India, these things are remembered.

Following the Russian invasion of Ukraine, NATO and its allies have instituted sanctions against the Putin regime. India has not participated in sanctions; instead, it has increased trade with Russia. This is not only because India is a fast-growing middle-income country in need of inexpensive food and energy, but also due to the countries’ long-standing diplomatic ties.

According to S&P Global Commodity Insights, India is the world’s largest buyer of vegetable oils, with imports making up more than half of the country’s annual consumption. With Ukrainian exports of sunflower oil restricted by war, Russia has increased its quota for exports of the oil, and India will likely become its primary customer.

Increased trade between Russia and India is notable in the energy markets. As European countries turn away from Russian imports, India has proven a ready market for discounted Russian thermal coal. According to data from S&P Global Commodity Insights, Russia increased its coal exports to India by 104% year over year between February and July 2022. In the process, Russia overtook Australia and the U.S. to become the third-largest supplier of thermal coal to India. According to S&P Global Commodity Insights, India derives more than 70% of its power from coal, making it the most used fuel in the energy mix. The relatively low cost of coal-driven power has allowed India to expand access to electricity to many poorer citizens.

Russian crude oil has also proven attractive to Indian markets. Many European customers have boycotted Russian crude, and with the absence of these importers, India has emerged as the largest buyer of Russian Urals crude. According to S&P Global Commodity Insights, Russia shipped 627,000 barrels per day of Urals crude to India in April. Prior to the invasion of Ukraine in February, India bought no Urals crude. Because India has not historically been a large customer for Russian crude, it can weather supply disruptions from Russia and take advantage of discounts when available.

Western governments, including those of the U.S. and the U.K., have criticized India’s increasing crude imports from Russia. But the Indian government has defended its purchases.

"The quantum of oil imports by India from Russia is a small fraction of what the rest of the world imports from Russia. Ultimately, we look at this from the perspective of energy security, which not just India, but other countries, are also pursuing," Indian Foreign Secretary Vinay Kwatra said at a May 2 press conference, according to S&P Global Commodity Insights.

Months before the invasion of Ukraine, India and Russia were planning greater cooperation in the energy sector. On Dec. 6, 2021, Russia and India signed an agreement for Russian oil company Rosneft to ship almost 15 million barrels of crude to India.

"We are also adopting a long-term vision to deepen our relationship in the economic sector," Indian Prime Minister Narendra Modi said when the agreement was announced.

Today is Wednesday, August 10, 2022, and here is today’s essential intelligence.

The U.S. Consumer Price Index, the broadest measure of inflation at the consumer level, has maintained near 8.5% for three consecutive months, the highest level since 1981. In comparison, during April-June 2020, when the U.S. and much of the world faced lockdowns per COVID restrictions, the CPI was running just above zero (0.2%-0.7%). U.S. Food CPI had not mirrored the overall CPI through 2020 and early 2021. In recent months, however, food inflation has exceeded the general rate. 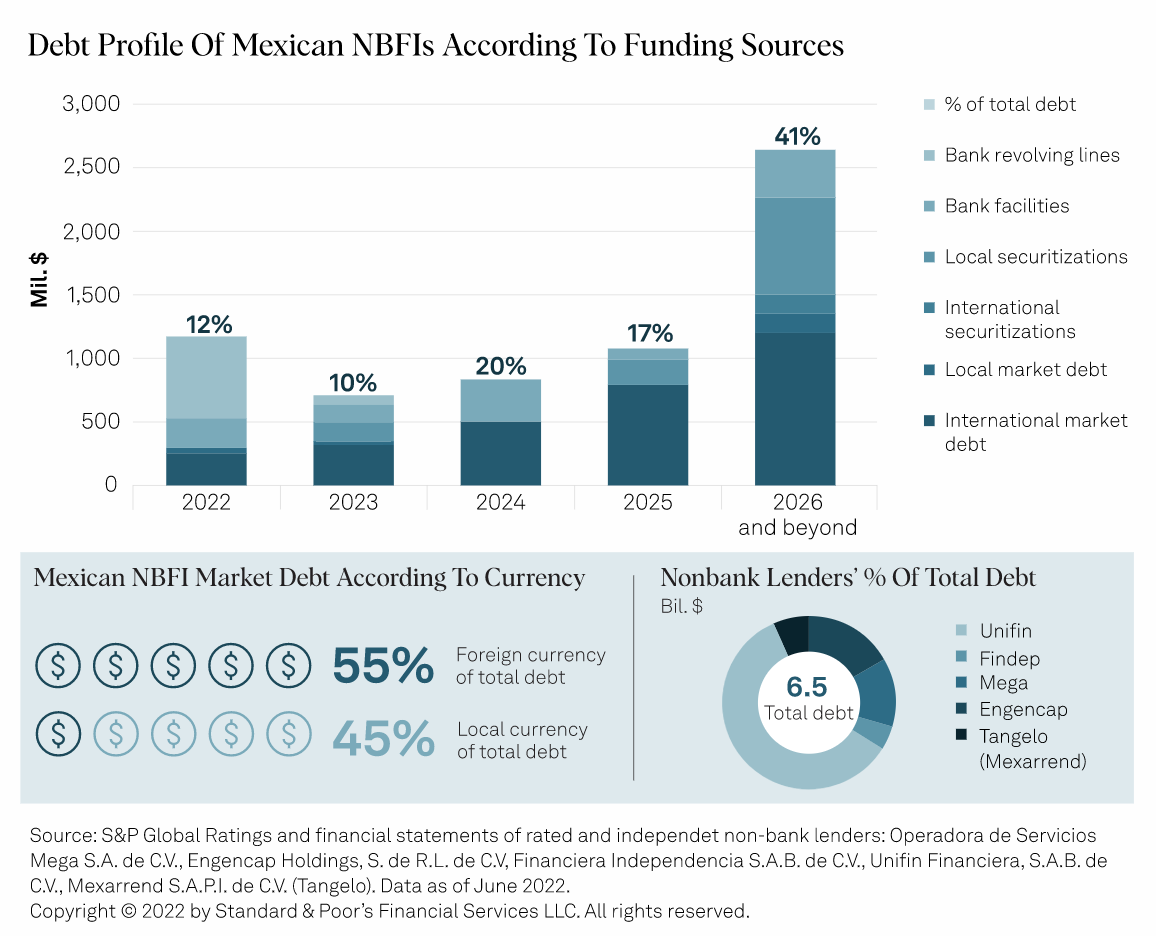 Mexico's NBFIs consist of regulated and nonregulated finance companies that mostly lend to micro, small, and medium enterprises and to low-income individuals. S&P Global Ratings currently rates 25 NBFIs in Mexico, about 80% of which are subsidiaries of domestic or international groups, while the rest are independent entities. This article focuses on the latter group. 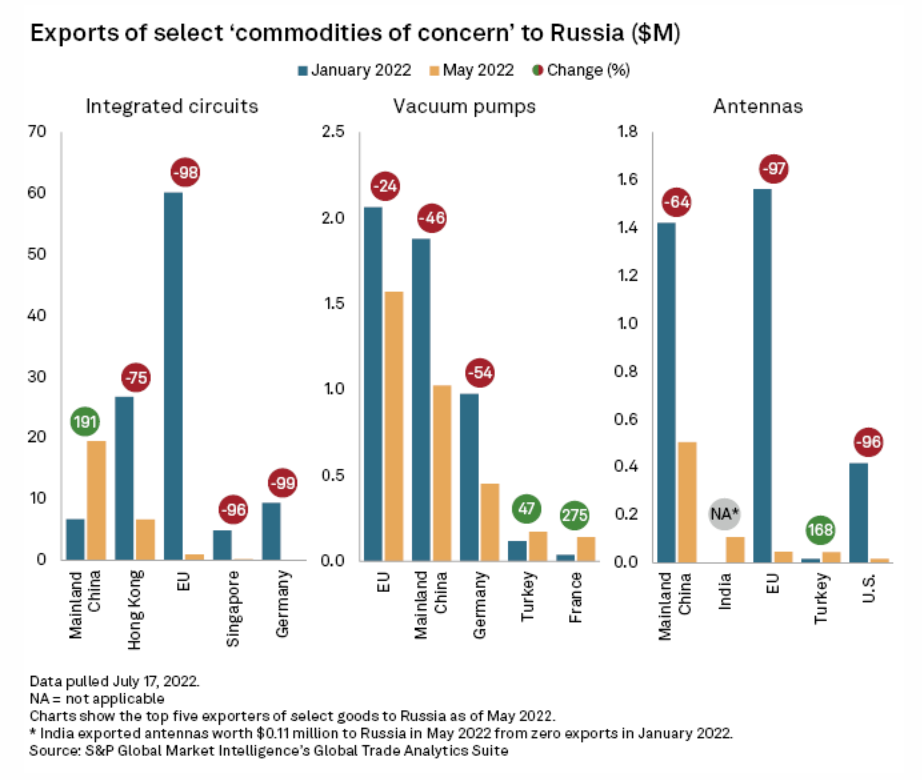 Regulators are raising expectations for banks' compliance programs amid concerns that lenders could be breaching U.S. export controls by financing the trade of equipment for military use in Russia through intermediary countries. Banks may be facilitating the trade of technologies and other military-related items to jurisdictions that serve as "transshipment hubs" for reexport to Russia, according to a June alert by the U.S. Financial Crimes Enforcement Network and the Bureau of Industry and Security.

Listen: What Harry Potter And Sustainability Rules Have In Common

Regulation is transforming the world of environmental, social, and governance investing, and in many areas, Europe has been leading the charge on new rules and standards. In June 2022, the European Parliament and the Council of the EU reached a provisional agreement on new sustainability reporting rules for companies, known as the Corporate Sustainability Reporting Directive. In this episode of the ESG Insider podcast, hosts Lindsey Hall and Esther Whieldon speak to Adrie Heinsbroek, chief sustainability officer at Netherlands-based asset manager NN Investment Partners, to get the investor view on how the changes could impact ESG-focused fund managers—and how the sorting hat from Harry Potter helps explain the trajectory of ESG regulation.

Growth Energy Vice President of Government Affairs John Fuher joined the podcast to weigh in on how the ethanol industry could put the new funding and tax credits for renewable fuels to use, if the legislation passes. He also tackled questions on potential hurdles in the bill's language, competition with EVs, and what he'd like to see Congress do that wasn't included in the Senate deal. 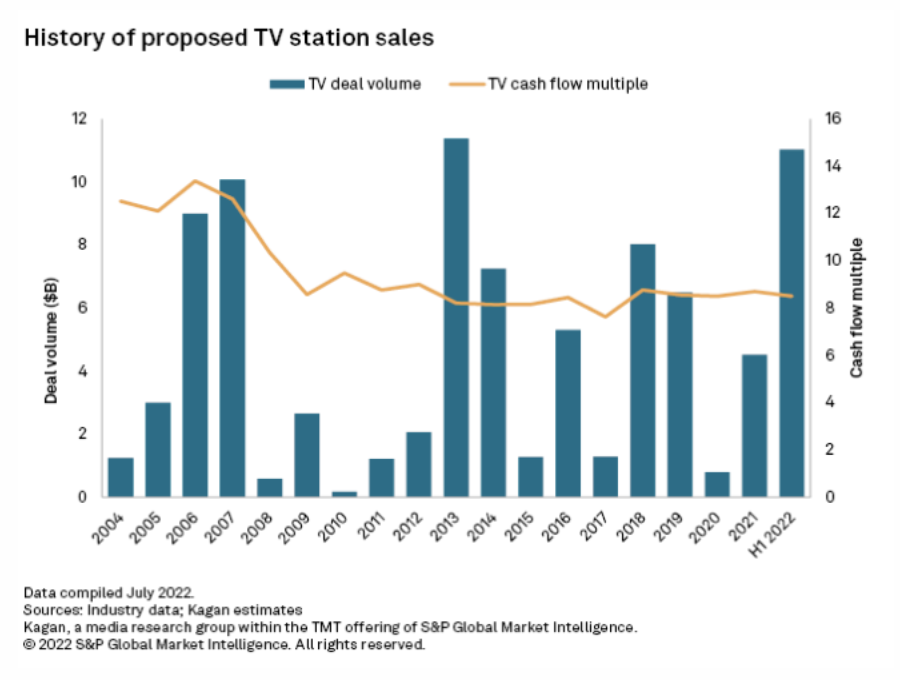 In Q2, 2022, the annual radio deal volume took a giant leap forward registering a total of $127.8 million due to the largest radio deals in almost three years, while the TV deal market after a number of huge sales in Q1 took a well-deserved rest, registering only $61.8 million. On June 3, 2022, Latino Media Network, a newly formed Hispanic broadcasting company announced the acquisition of ten AM and eight FM radio stations in ten markets, paying $60 million to TelevisaUnivision, Inc.