Education Is the Armor That Can Protect You from Your Stomach

Jul. 15 2019 — When it comes to investing, market participants often consider past performance to be indicative of future results.  The same goes for fund selection.  Notwithstanding the evidence showing that most active managers in most regions typically underperformed their benchmarks, consistently beating peers is one way to differentiate a manager’s luck from skill.  Here are a few highlights from our newly released Persistence Scorecard, which examines the extent to which funds that outperformed their peers maintained their status thereafter.

1. Shorter-term performance persistence rose but was absent in many categories over longer horizons.

Over the three-year period ending March 2019, there was an uptick in the performance persistence of smaller-cap equity managers compared with results from six months prior:  23.3% (versus 7.7%) and 13.7% (versus 4.0%) of small- and mid-cap equity managers, respectively, remained in the top quartile during the three-year period ending March 2019.  But showing how difficult it can be to beat peers over longer horizons, zero top quartile large-, mid-, and multi-cap equity funds maintained their status at the end of the five-year measurement period. 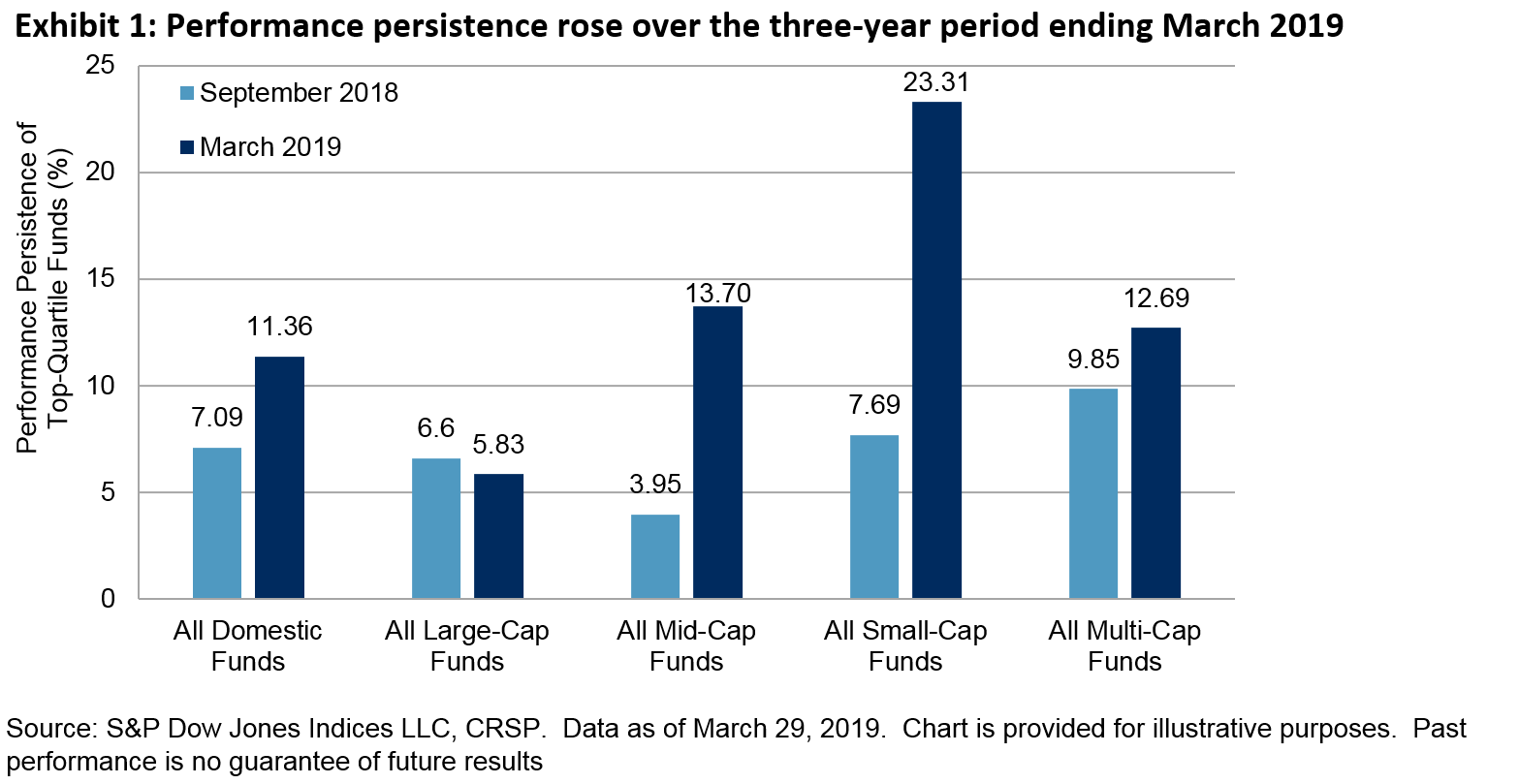 Exhibit 2 provides a breakdown of the movements between quartiles over two non-overlapping five-year periods for domestic U.S. equity funds.  More than 50% of all top quartile funds became bottom half funds, with 31.53% moving to the bottom quartile.  This suggests that market participants may wish to be careful when using past outperformance as a guide for future results.

Additionally, Exhibit 2 highlights the potential challenges with betting on a turnaround in a fund’s performance.  While 15.26% of bottom quartile funds moved to the top quartile, 26.51% were merged or liquidated, higher than for any other category.

3. Many fixed income managers appeared to be wrong-footed by the bond market.

The bond market has gone through a turnaround recently; after a sustained period of tightening monetary policy, expectations changed in Q4 2018.  Concerns over growth and the potential impact of a trade war led many people to believe that the Fed would cut rates.  Against this backdrop, many fixed income managers that outperformed their peers as of March 2017 and March 2018 (when rate hikes were expected) were unable to maintain their status over the 12-month period ending March 2019. 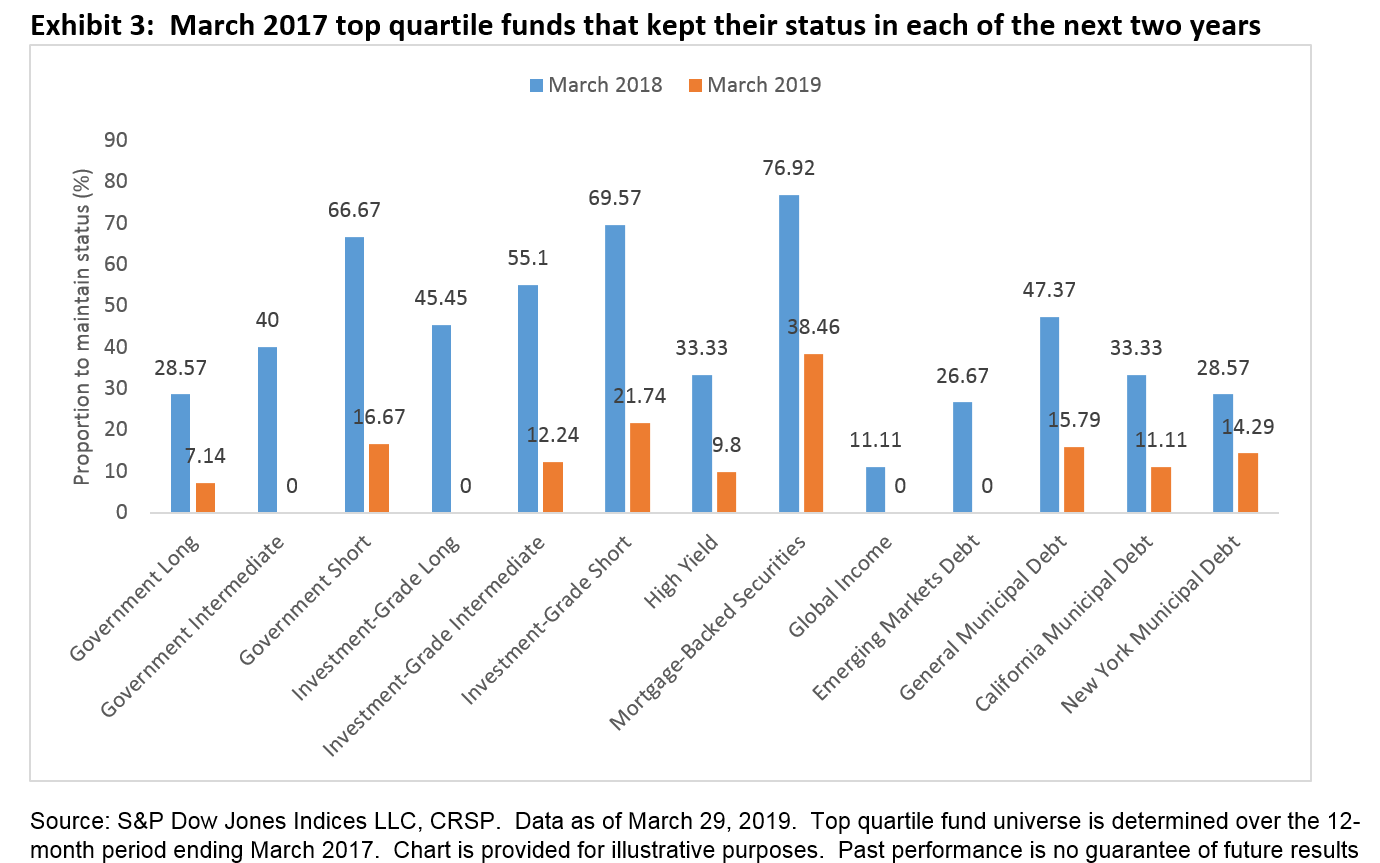 As a result, our latest persistence scorecard shows just how challenging it has been for managers to consistently beat their peers, especially over longer horizons when market environments are more likely to change and competitors may become wise to (relatively) successful strategies.  Market participants may therefore find it useful to keep in mind that past performance is no guarantee of future results.